Square Enix has announced that they will be releasing a Standard and Collector’s Editions of the full season of the award-winning narrative adventure Life is Strange 2 in Europe and North America.  As well as the full season, these editions will also include a variety of exclusive content designed by developers DONTNOD Entertainment. 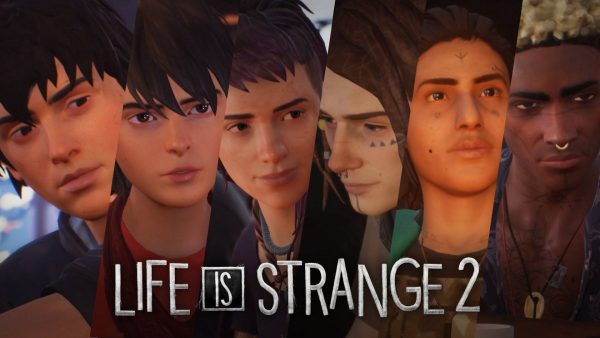 The Life is Strange 2 Standard Edition includes not only the full season but also Arcadia Bay Patches that allows the customisation of Sean’s in-game backpack and a bonus game – The Awesome Adventures of Captain Spirit, which tells the tale of a 9 year old boy who escapes reality to become his alter-ego Captain Spirit.

The die hard fans of the game will want to go for Life is Strange 2 Collector’s Edition.  This edition contains lots of extras, including The Awesome Adventures of Captain Spirit bonus game, the Arcadia Bay Patches, the official score by Jonathan Morali on 4x 7” Vinyl box set, 2 vinyl figurines of the game’s main characters Sean and Daniel and a 32 page hardcover artbook, featuring the concept art from the game.  The Collector’s Edition comes in a special presentation box. 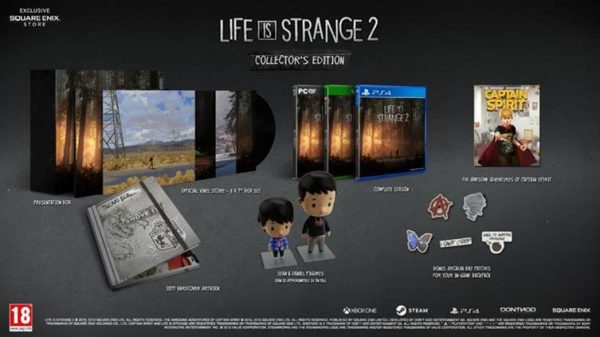 Select retailers will also offer a bonus Mascot Bundle which will include a selection of patches to customise Sean’s in-game backpack and a keyring of Life is Strange mascot Hawt Dawg Man.

The two special editions of Life is Strange 2 will be available on 3rd December in Europe , the same date that will see the exciting finale to this second season, and in North America on 4th February.