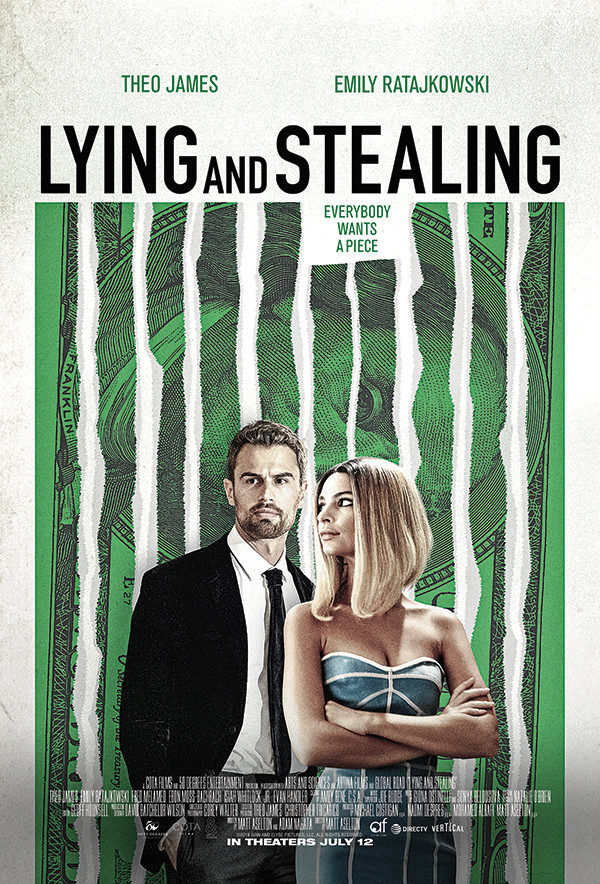 When aspiring actress Elyse meets mysterious art consultant Ivan, she quickly learns there is more to his work than meets the eye. The Bonnie and Clyde duo embark on a series of high-profile art heists in a final bid to pay off their debts and get out of the game. 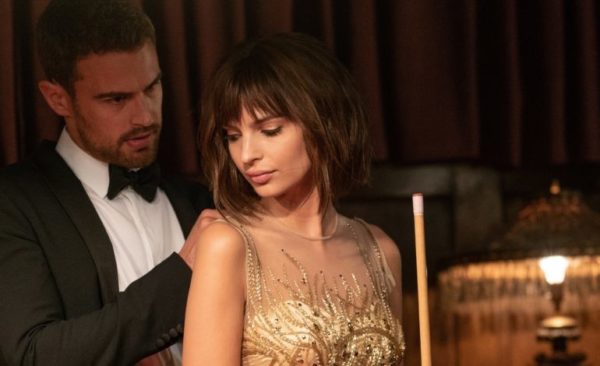 Lying and Stealing is a film full of unfulfilled potential. Director, Matt Aselton, immediately makes his mark in the film’s opening scene. In a continuous shot, we as the audience are led around an exclusive Los Angeles party placing us right in the heart of the action after being warned, “When a thief kisses you, count your teeth.” It all sets this heist-thriller up to be a fun ride but this is about as fun as it gets. Lying and Stealing is operating at 50% – the foundations are there but potentially great ideas end up feeling lacklustre.

As the lead, Ivan (Theo James) should have something about him to draw us in. It start’s off very promising as we follow the silhouette of the mysterious Ivan around a high profile party. You can see what Lying and Stealing was aiming for. The noir tropes are there – the masculine lead, the femme fatale  – and maybe this is why Ivan is a cold character. That being said, when Dimitri tells Ivan, “You’ve got that vindictive, moralistic look on your face,” and Ivan is shown to have the same face he’s had for the rest of the film, you can’t help but feel that something’s missing. Ivan certainly looks suave and sophisticated but there has to be substance too. Lying and Stealing repeatedly struggles with servicing its characters. Ivan’s brother, Ray (Ebon Moss-Bachrach) is underused to the point that you question why the character even made it into the script. Moss-Bachrach gives a strong performance but Lying and Stealing can’t find a place for it. 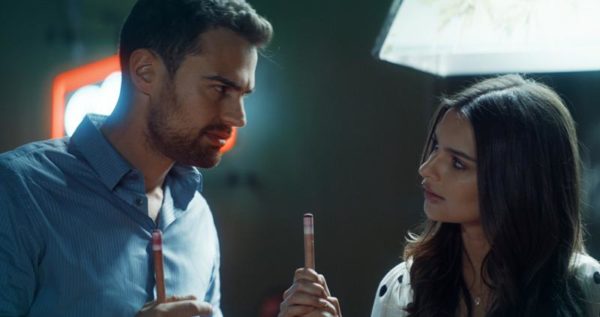 Emily Ratajkowski is an interesting casting choice in the role of Elyse. Elyse is playing a dangerous game yet what should be tenacity is played by Ratajkowski with meekness. Even when a gun is pointed at Elyse, she replies with “Oh God,” and it has the energy of a small inconvenience. Oftentimes, it feels as if Ratajkowski is uncomfortable in front of the camera which makes it uncomfortable for us as the viewer. Elyse does start to find her place in Lying and Stealing‘s final act when she is tasked with playing the role of Damsel in Distress in the film’s final takedown. Unfortunately, it’s all too little too late. Elyse’s ‘act’ has the confidence and seduction that Elyse herself should’ve had all along. Ratajkowski is clearly capable but needs pushing.

Lying and Stealing can’t seem to decide what mood it wants to set. Nowhere is this clearer than in the character of FBI Agent, Lyman Wilkers (Isiah Whitlock Jr.). Wilkers is introduced as a no-nonsense guy – the first time we meet him he urinates into the desk drawer of his evidently irritating partner – and it suggests that Ivan and Elyse have a real threat chasing them. However, every scene from that point on makes Wilkers out to be a joke whether he’s using still a fax machine or struggling to close his car window. Between its first and second act, Lying and Stealing switches from a heist-thriller to a bad comedy and you can’t be blamed for feeling confused. 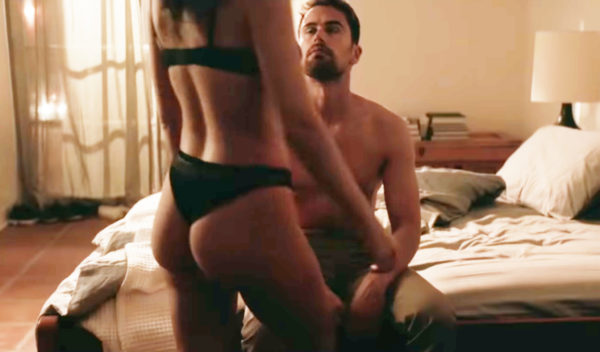 Lying and Stealing wants to be a different film to the one we see. Matt Aselton and Adam Nagata’s script most definitely has what could be some great sequences full of ingenuity – namely, the heist sequences themselves. Writing alone isn’t enough. Every element of Lying and Stealing needs turning up: music, energy, tension … What should be a thrilling ride falls flat. Lying and Stealing‘s final scene offers a glimpse at what the film could’ve been and perfectly encapsulates the potential each character holds. It sets Lying and Stealing up for a better second outing but I wouldn’t hang around waiting for a sequel.