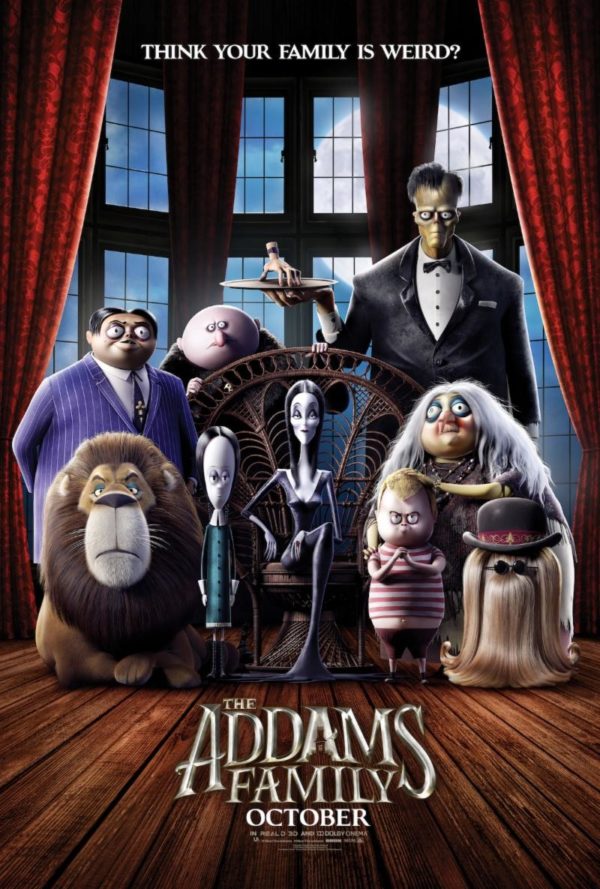 Forced from their homeland by pitchforks and prejudice, The Addams Family take residence in cookie-cutter suburbia, only to find that the locals aren’t too keen on their ghoulish ways. 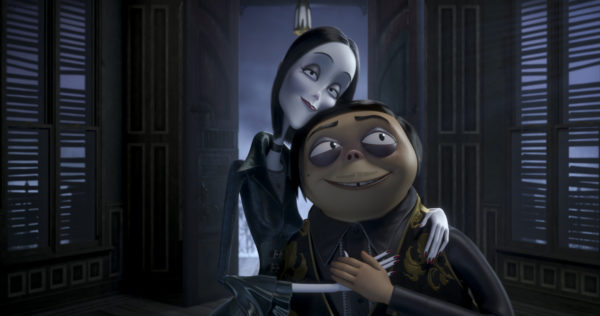 Through a combination of perfect casting and just about the right amount ghouls and gags, Barry Sonnenfeld’s The Addams Family films were a macabre delight. Few attempts have been made to harness that lightning since – Frankenweenie twitched, while Dark Shadows showed no signs of life – so buoyed by the success of the Hotel Transylvania franchise, which proves that even stiffs can make money at the box-office, Charles Addams’ creations are re-animated through CGI.

Featuring an impressive voicecast – Oscar Issac as Gomez, Charlize Theron as Morticia, Chloë Grace Moretz as Wednesday, and Finn Wolfhard as Pugsley – this iteration opts for a veneer and approach similar to that of the Despicable Me franchise. For all intents and purposes, Cousin It (apparently voiced by Snoop Dogg) might as well be a fur-coated Minion. However, aesthetics are where the similarities end, because this Addams Family are quite a lifeless bunch, lacking any of the spirit of their spooky forbearers.

That doesn’t mean there aren’t some inspired moments to be found over the thankfully brisk run-time. The gags come thick-and-fast, in a Pugsley-style throw as much and see what sticks fashion. A unicorn described as “a horse with a spear through its head”, or the “collection of whine” will raise a chuckle, but most of the laughs feel recycled from decades old Christmas crackers. 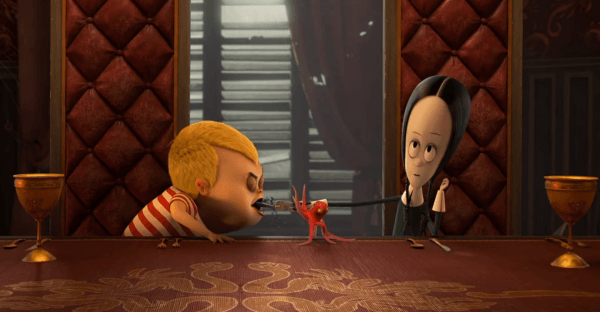 When the lols don’t land, the visual flourishes might keep you entertained – guillotine beds or Pugsley eating whatever grows on his grandma’s feet (eeewwww) – but the zippy playfulness of the opening twenty minutes soon gives way to repetitive boredom.

The familiarity of the plot doesn’t help matters. A retread of Edward Scissorhands, Casper, or any other never-more-relevant ‘they’re not like us’ outsider narratives with gothic stylings.

The cast do their best to breathe life into the material, particularly Oscar Issac, who gives his all as Gomez, but like many of the family members on display, it’s all surface level caricature and ring-pull catchphrases.

The Addams Family is definitely one for the less-discerning little monsters in the family, because it’s too “neat, sweet, petite”, when a little bit of bite might have made more of an impression.