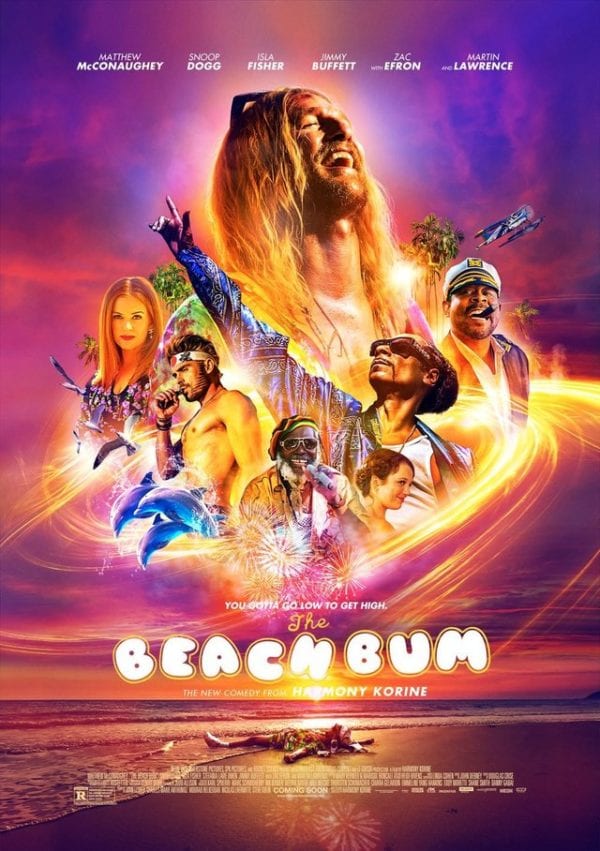 Moondog (Matthew McConaughey) is a fun-loving, pot-smoking writer living in Florida. When he isn’t partying too hard, he’s trying to finish the next great American novel. 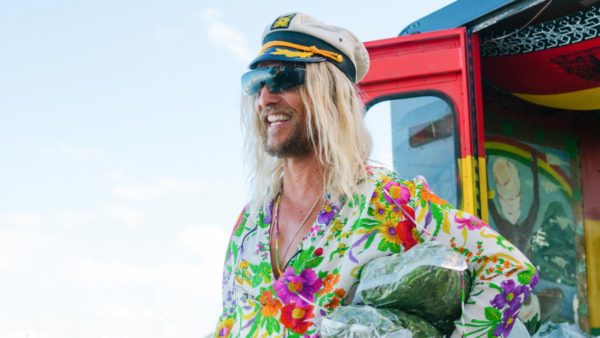 Writer and director of The Beach Bum, Harmony Korine, seems to understand Florida all too well. Between this film and his 2012 cult classic Spring Breakers, Korine perfectly captures the beauty and madness of this place. While it never comes close to his wild look at smalltown living in Gummo, The Beach Bum does a great job of comedically showcasing one of the strangest places in the world.

The southern beach-filled state in the US is pretty notorious for news articles online about the “Florida Man,” and it feels like this film is ripped straight from one of those headlines. The story follows Moondog (Matthew McConaughey) as he attempts to live his best life around the Florida Keys. It may sound simple enough, but Moondog’s life is anything but simple. From death to rehab escapes, the stoner is surrounded by enough insanity for two people’s lives. While he doesn’t have many goals in life, he’s attempting to write a novel; which he believes will be the next great American novel. Not an easy one when Moondog is fighting for estate money and the right to party more. 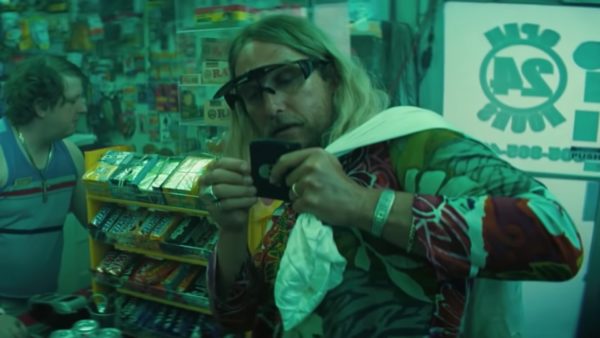 Yes, the plot isn’t overly complicated and not the most compelling, but there is something unusual about the simplicity of The Beach Bum‘s story. Usually, films, especially indie films, try to pile on plot points and expansive narrative choices to make up for the lack of budget, but not this one. The Beach Bum uses its simple plot to allow wild moments to happen, without it ever feeling too forced. We are following a character and watching his life unfold, nothing feels too out of place in this universe and no moment distracting from the story at hand: how does Moondog get money and live his life?

Another distinct trait in this film that you can find in many of Harmony Korine’s scripts is breezy, natural conversations. Much like the “mumblecore” film movement in the early ‘2010s, many of moments and dialogue scenes in The Beach Bum feels improvised; not because it’s sloppy or weak, but it feels impossible that person could write down such real exchanges. Korine prefers to refer to this candid moments as “riffing,” something he told Vulture.com is “…an environment for the actors where anything can happen within that, and then you encourage it to go into some other place.” 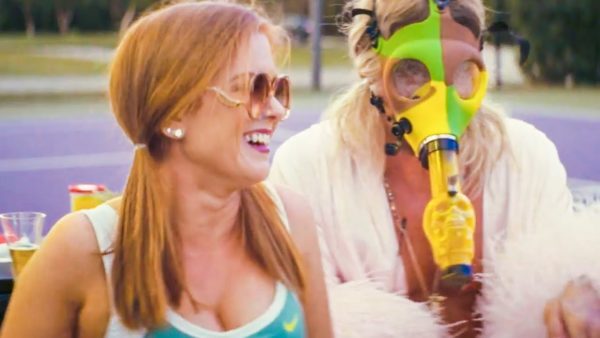 With a strong story, impressive camera work, and strong directing, the only thing that could make the film even better is the stellar cast. And thankfully everyone from Isla Fisher to Jimmy Buffett knew the exact tone and style needed to make The Beach Bum work so well.

Moondog is a character it feels like Matthew McConaughey was born to play. While the actor does get typecast in roles similar to this, none of his other parts came close to the sheer madness of Moondog. While it’s not an Academy Award-winning turn, it will surely stand the test of time as one of his most organic and iconic characters. There’s a magic to how he underplays even the most over-the-top moments, and that’s something only McConaughey could bring to this role.

With McConaughey doing one of his best performances, it’s a surprise to hear that Martin Lawrence steals the show. Playing Captain Wack, Lawrence gives his all to create a unique and hilarious addition to this story. Captain Wack lives in a houseboat, offers the worst dolphin tours, and has a coke-addicted parrot; in the small time you see him, you’ll surely want more. Thankfully Korine said he loved working with Lawrence so much that Captain Wack could even get a spin-off one day. Can you imagine a Beach Bum cinematic universe?!

It seems like Harmony Korine really enjoyed crafting this piece, creating his most outwardly entertaining film yet. The Beach Bum radiates such positive energy and puts viewers into a good mood, leaving you feeling just as stoned as the characters in the movie. If you are a Florida-native, this movie feels all too real. If you aren’t from the state, enjoy this little preview into the world of beach bums and wild antics.