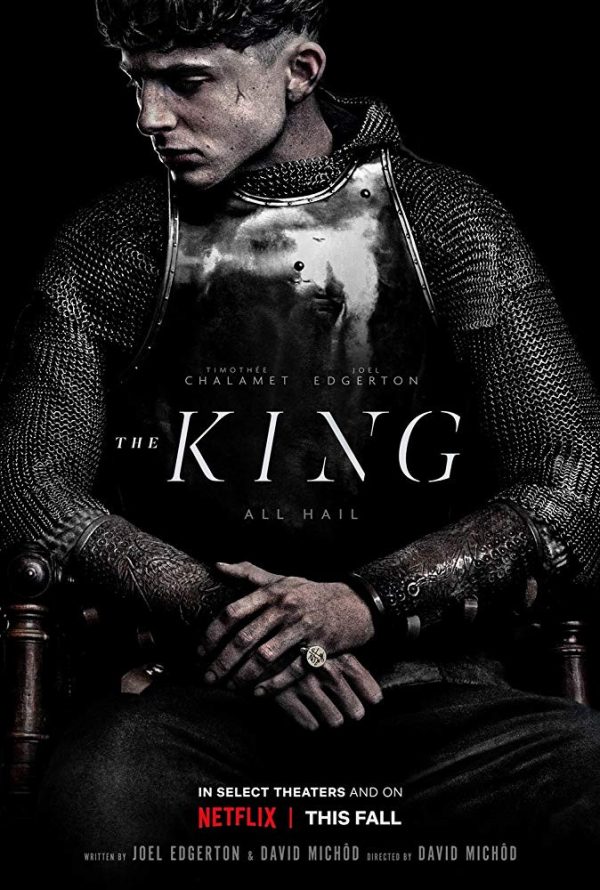 Hal (Timothée Chalamet) is a reluctant prince, one who drinks and womanises his way around the Kingdom, as those in power look on with disdain, concerned about where the next attack on England is coming from rather than what gutter he’ll turn up in. When his tyranical father passes away, Hal ascends to the throne as King Henry V, with an idealistic intent to change the way the country is run, despite his predecessors legacy threatening war from all sides. 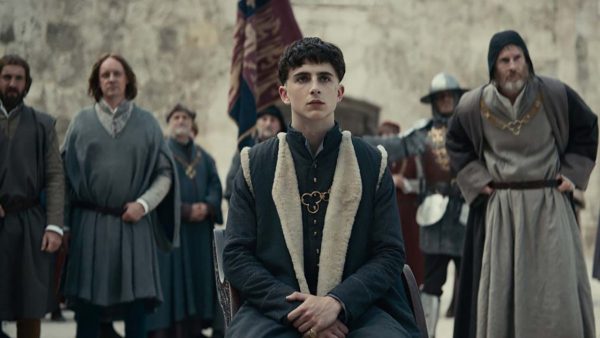 Recent history has not been kind to ancient history: The Outlaw King‘s crown slipped into mediocrity, and King Arthur: Legend of the Sword was the cinematic equivalent of a hangable offence. However, War Machine director David Michôd has returned to his friends at Netflix and convinced them that despite his first streaming-service effort being an underwhelming affair, he can mine a different period of conflict to provide them with subscription baiting content.

An adventure 600-years in the making, David Michôd and co-writer Joel Edgerton have turned to the plentiful pages of the history of England in order to tell the tale of King Henry V, and in doing so created a rip-roaring account of the monarchy, that  not only bleeds on the battlefield, but into modern notions of masculinity as well.

Epics are so often bogged down by a need for attention to detail and political machinations, but the script wisely sidesteps such pontificating and flings us straight into the grotty streets at the foot of the castle, where we find Timothée Chalamet striding around as if he’s the tabloid-era Russell Brand. His charisma, his rock-and-roll royalty draws the audience to him immediately. He’s a lover, not a fighter. 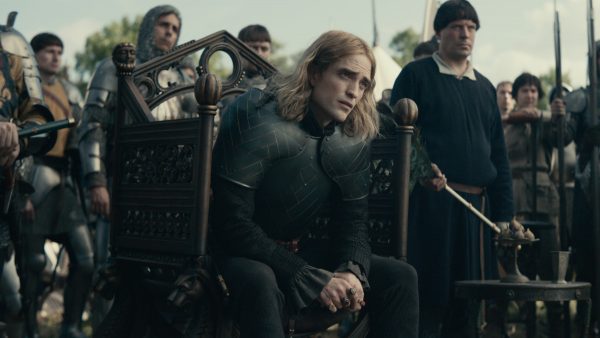 So as people sit and bicker over land ownership, or throw around lines that echo through to the current climate’s political noise – “great reforms are best enacted by regime change” – we’re immediately more interested in the engaging young Prince. A sparky yet sulky presence amidst the brown and grey figures of the court, Chalamet has an unerring screen presence befitting of a King, running the full gamut of emotions, from idealistic young anarchist to rabble-rousing speech maker. If The King succeeds at nothing else, then as another showcase for his ability it’s a crowing achievement.

It’s not all on his shoulders though, the cast is littered with very good performances: Edgerton has written himself a doozy of a role as the Jiminy Cricket to our young King. He’s part sidekick, part cod-philosophy Instagram stream, all utterly watchable. And Sean Harris does what he does best: whisper duplicitously. The most-discussed performance will be that of Robert Pattinson, who turns up as The Dauphin of France just as the movie needs him. By this stage Chalamet has been somewhat dulled by the politics of the palace, so The Batman-elect strides over the French fields and injects The King with something that’s utterly brilliant and batshit crazy in equal measure. Some may scoff at his heightened French accent, but he’s 100% committed to delivering something memorable, and however you perceive the performance, it most certainly is that. 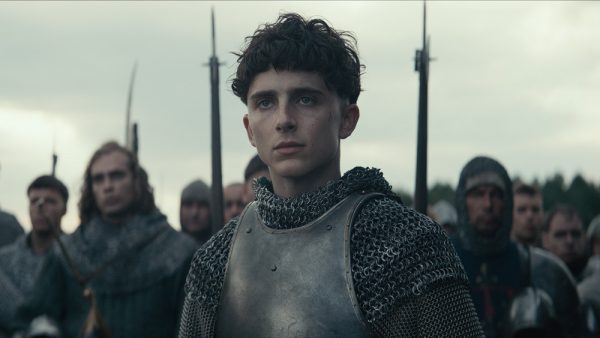 History being what it is, for all of the talking and strong haircut game that’s on display, it was always going to come down to a scrap, and Michôd excels in that department. There’s a clarity to the battle that’s so often missing in over-edited, incomprehensible fight scenes (cough…..Game of Thrones). You can clearly distinguish who’s fighting who, and also the geography of where they’re positioned in the grand scheme of things. Coupled with some gruelling sound-editing, and the fact that Michôd underplays some moments that most would have treated with bombast, and you have some of the best battle-scenes since Middle-Earth.

It might well be horrible histories 101, but with an excellent Chalamet on the throne, and Pattinson dialling up the must-see madness to eleven, it’s a surprisingly enjoyable expose of the folly of man. Long live The King.