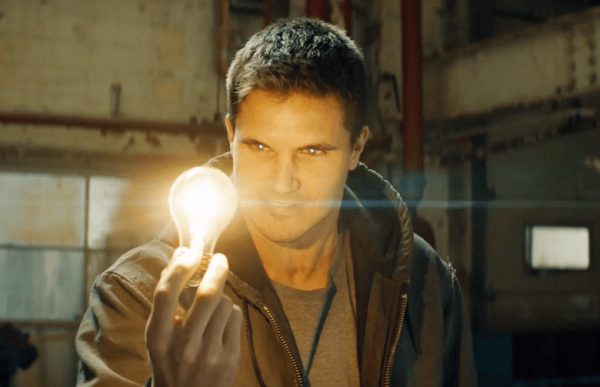 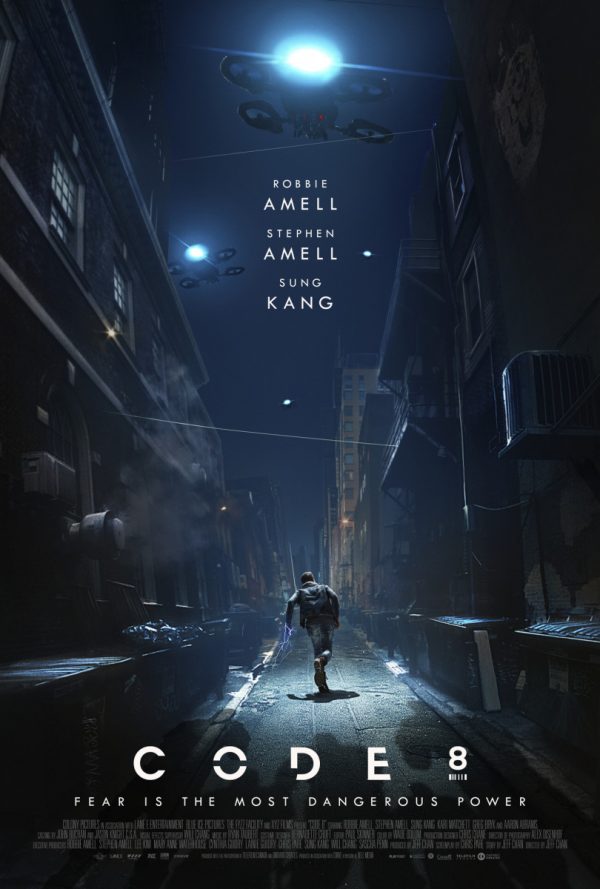 Code 8 is set in a world where 4% of the population is born with varying supernatural abilities, but instead of being billionaires or superheroes, they face discrimination and live in poverty, often resorting to crime. Connor Reed (Robbie Amell), a power-enabled young man, is struggling to pay for his ailing mother’s (Kari Matchett) health treatment. Fighting to earn enough money as a day laborer, Connor is lured into a lucrative criminal world by Garrett (Stephen Amell) who works for Lincoln City’s reigning drug lord, Marcus Sutcliffe (Greg Bryk). Garrett helps Connor sharpen his powers in order to execute a series of crimes on behalf of Sutcliffe, while a militarized police unit, led by Agent Park (Sung Kang) and Agent Davis (Aaron Abrams), hunts them down.

Code 8 is set for a theatrical and VOD release on December 13th.