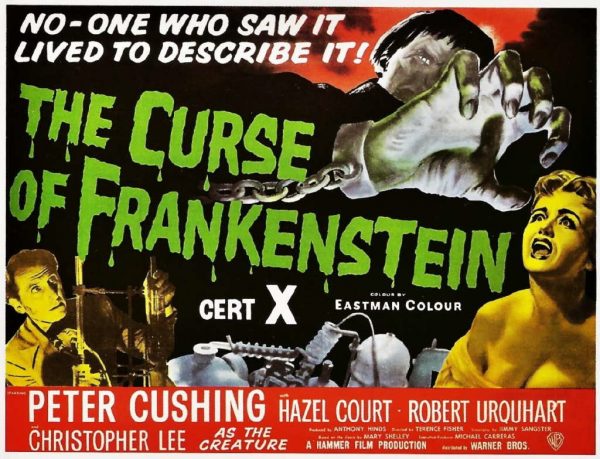 Baron Victor Frankenstein is a burgeoning mad doctor who decides to embark upon a dangerous and controversial experiment, building a creature from the remains of the dead in the hopes of creating a new life. 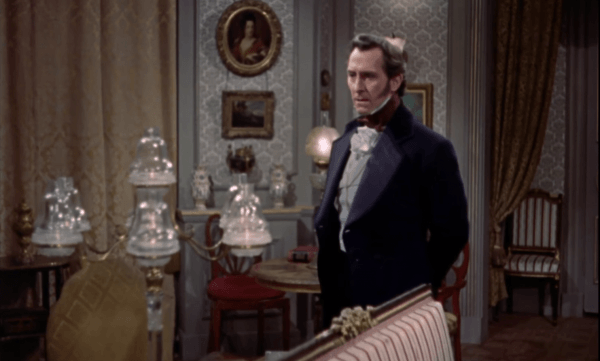 The Universal adaptations of Mary Shelley’s Frankenstein have long been held up as the definitive big-screen interpretation of this iconic tale of a mad doctor playing God. And while those films are iconic for all the right reasons, they are not the only films to break new ground with this familiar story. Long after the Universal franchise had burned itself out, an unknown little studio in England was just about to burst onto the scene with a much more colourful and bloody take on the material. It’s the film that introduced the world to Hammer Horror; this is The Curse of Frankenstein.

Fearing the wrath of the Universal legal department who watched this film with piercing eyes and presumably with fingers over a giant button labelled “lawsuit”, the good folks at Hammer wisely decided to take their interpretation of the story of Frankenstein in a direction that is in many ways the polar opposite of the original classics.

In a manner that mirrors the 1931 adaptation, the main draw this is Dr Frankenstein himself and his obsessive quest to create life. Unlike the 1931 version, the monster remains a supporting player with limited screen time and very little in the way character development of pathos, being portrayed as a lumbering brute for the entire film. The changes also extend to the character of Frankenstein himself, who in the 1931 version was something of a mad scientist who eventually learned the errors of his ways. Hammer’s Frankenstein, on the other hand, is an obsessive sociopathic maniac who will stop at nothing to assemble his creature, bribing, bullying and even murdering in his mission to get what he wants. 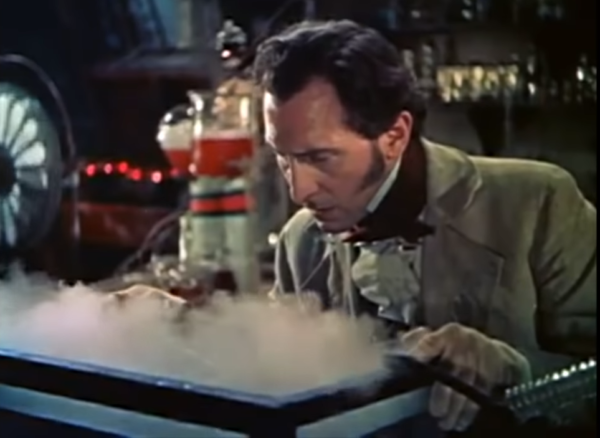 Crucial to the success of this portrayal of Frankenstein is Peter Cushing’s outstanding performance as the title character, with the actor demonstrating that while he was a great Hammer hero (like in Dracula which followed this film) he was also a dab hand at playing captivating and devious bastard. Cushing’s great skill is the way that he gradually changes from a determined but rather charming scientist into a deranged maniac whose obsession begins to consume him and everyone around him.

Yet, despite the character very much being an evil villain, Cushing, as with his performance in Dracula, plays the part with such a commanding air about him that you will find yourself taking in every word he’s saying and believing them. Cushing really does sound like he knows what he’s talking about, even if this time instead of telling us helpful tips about fighting vampires he’s spewing utter madness about how to create a supreme being from corpses.

While this time around the main draw is not Frankenstein’s monster, it would be foolish not to acknowledge the creature. Much in the same way that the Monster made a star out of Boris Karloff, this time around Hammer chose a little known actor by the name of Christopher Lee to take on this iconic role. However, unlike Karloff, Lee is given the short end of the stick as he gives a one-note performance that consists of him lumbering around like a zombie, with no opportunity to add any kind of pathos to the character. 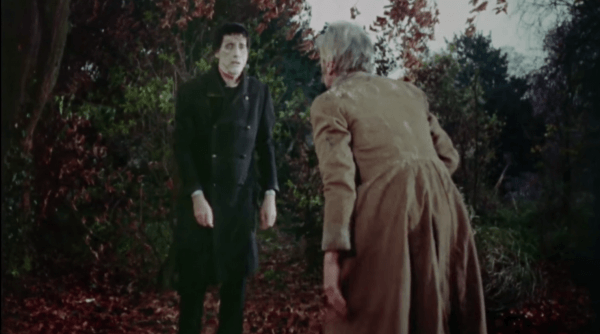 This desire to avoid legal oblivion also extends to the overall look of the film and the design of the monster, with the filmmakers using this potential problem to be more creative and allow this film to exist as its own distinct entity.

Most notably this was among the first British horror films to be shot in colour with the film-makers take full advantage of this development to bathe every shot in a wide array of shades, most noticeably red with characters sometimes dressed very noticeably in red jackets and with the leaves of bushes deliberately painted red to make them catch our eyes. This gives the film a rather bright visual quality, and with the film taking place mostly in the daytime, makes for a nice change from the perpetually dark and gloomy castles of the Universal films.

The design of the monster was what Universal was very much determined to avoid seeing copied, with any attempt to mimic the bolt necked design of make-up artist Jack Piece likely resulting in legal annihilation. Instead, Hammer’s make-up artists go the opposite route, removing the bolts altogether and instead cladding Christopher Lee in a scarred ghoulish display that, combined with the colour photography, makes him look more like a zombie than Universals version. Although, despite the best efforts of the artists, the make-up design is nowhere near as iconic and just looks rather tatty and cheap. 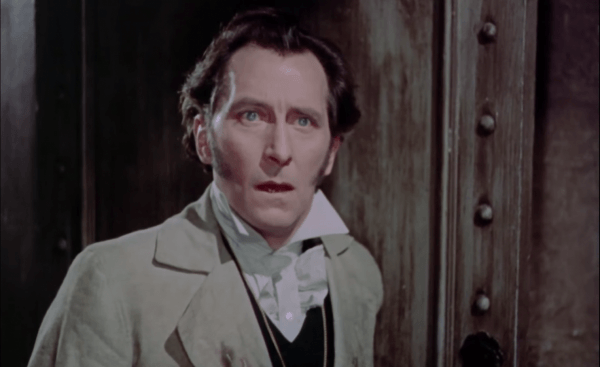 The pacing of the film is stage like with much of the film devoted to long dialogue-heavy scenes that, while well-acted, it isn’t all that scary and it could very well prove a bit too talky for some viewers. I, however, did appreciate the much darker tone when compared to the Universal version, with the film’s very bleak ending being a very welcome contrast from Universals film’s rather cheery and tacky happy ending.

You might not think it, but The Curse of Frankenstein was a groundbreaking and controversial film for its time, This is because of one scene that, despite being rather tame nowadays, is actually arguably one of the most important in horror cinema. It comes late in the film when the monster is running amok and, upon being found by Frankenstein and his mentor Paul, is then shot in the face with a shotgun, blood pouring from the wound in a glorious red gush.

This rather simple moment is considered groundbreaking because nothing like it had never been seen on the big screen before. It’s a moment that left audiences shocked by gruesome violence of the scene, and some critics condemning the film as a sign of the end of civilisation. Yet is also a moment that would inspire a whole generation of film-makers who would spend their lives turning our most gruesome nightmares into a gloriously gory reality. So for all those gorefests that we know and love today you have this simple little British horror film to thank. 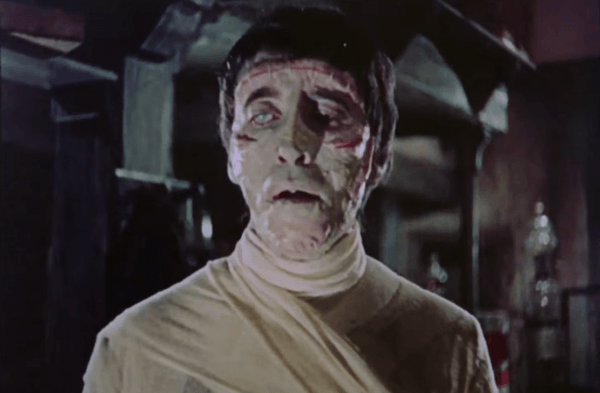 Overall, how much you enjoy The Curse of Frankenstein very much depends on how much patience you have to spare. The slow pacing, relative lack of scares and heavy emphasis on dialogue may leave some viewers bored to tears, while others will be so captivated by Peter Cushing’s commanding performance that they may just stick around until the film’s dark finale. Check this one out if you’re curious.