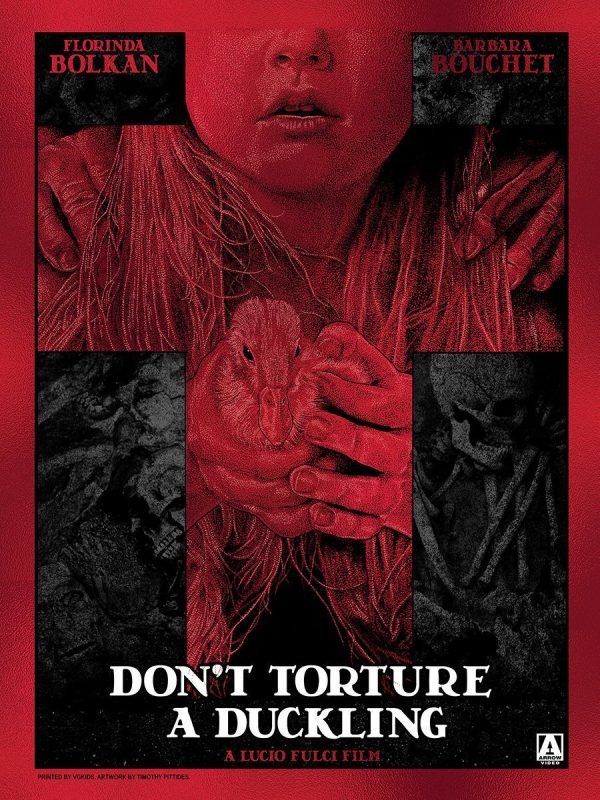 In a small Italian town, the local police are struggling to solve a recent spate of child murders that have ravaged the area, with the superstitious residents quickly falling into paranoia and hysteria in a desperate bid to find the person responsible. 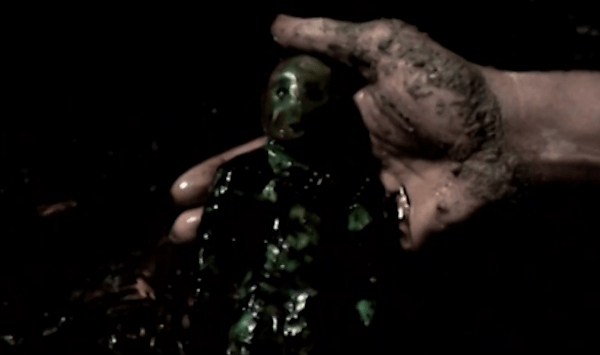 It’s come time for one of my favourite October Horror traditions; spotlighting of the work of the cult Italian director Lucio Fulci, the gore maestro who despite his loyal following, often gets overshadowed by his better known Italian horror contemporaries such as Dario Argento.

This year we’re our annual Fulci lovefest takes us back into Giallo territory with a film that fine example of the director’s work in this genre but it’s also one that he cited as one of his favourites. This is Don’t Torture a Duckling.

After the stylish Giallo efforts of Blood and Black Lace and The Bird With the Crystal Plumage, Don’t Torture a Duckling represents a change of pace, ditching the overly flashy visuals and the vibrant style and instead opting for a much grittier approach.

The cinematography is quite something with the film packed with various beautiful wide shots that take in the majesty of the settings mountainous terrain. The film’s heavy use of handheld camera work also works in several scenes to create a rawer and, in the more violent sections, nastier experience than the previous Giallo films.

The darker approach also extends to the plot, with the story being your standard Giallo whodunit mystery in which a killer picks off their victims. The big difference here though is that the victims, in this case, are all children which gives the film a much more unpleasant and disturbing vibe than the other Giallos. The mysterious nature of the plot is quite well constructed with Fulci throwing a whole stack of red herrings at the viewer, with the town being filled with enough weirdos and oddballs that anyone of them could be a killer. Although it does become fairly obvious early on whose been committing the murders. Still, the film keeps you guessing with a few last-minute misdirections that do have you doubting yourself. Although for once I was right in my suspicions. 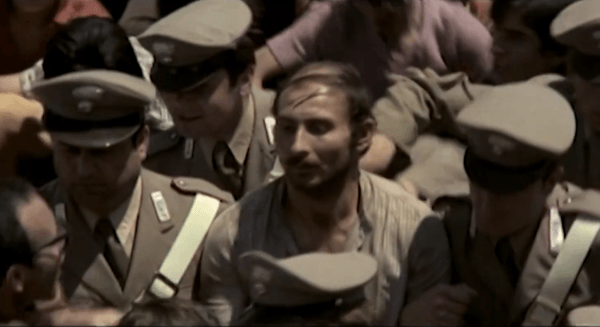 The weirdest part of the film is in its choice one of its protagonists that might be a first (and hopefully only) for a horror film. Much of the film is focused on the efforts of police detectives and a reporter to solve the murders, with these characters who are all portrayed rather conventionally. However, we also follow the exploits of rich girl Patrizia (Barbara Bouchet), a beautiful woman who has returned to the town due to some past drug problems. So far so cliché. Now, what makes this character so very bizarre and surprising a protagonist is that it is very heavily implied throughout (and I’m being deadly serious here) that she might be a paedophile.

Why do I think this? Well, maybe it’s because in her first scene she asks a twelve-year-old boy if he wants to ‘go to bed with her’. Also, did I mention that during this entire scene that she’s STARK FUCKING NAKED!!!!

You might think this is a one-off moment, but oh no, with the film being filled with various scenes in which Patriza displays an attitude towards other kids (mainly young boys) that is just a bit too friendly and veering closer to ‘you want to see the inside of my van’ territory.

What is very different from the previous Fulci films that I’ve covered is that Duckling is relatively light on gore and violence with the vast majority of the death and mutilation occurring off-screen with only the aftermath being shown as the bodies are uncovered by police. That being said, the violence that is shown on screen is classic Fulci in that it often extremely brutal, with this film being the first of many to feature his distinct brand of torture and gore. 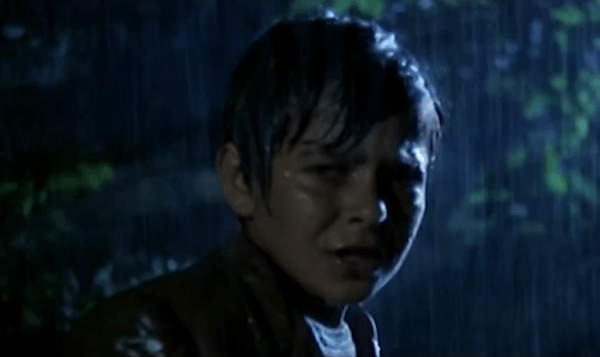 Much of this violence is confined to one particular scene in which a local witch, believed to be the killer by superstitious townsfolk, is savagely beaten to death. The sequence is deeply uncomfortable to watch as every lash of a chain upon the woman’s face leaves a deep cut that seeps blood like a fountain, with the violence veering into such brutality that it borders on misogynistic. The brutality and viciousness of the scene are complemented by Fulci’s choice to score the scene with music whose rather pleasant nature contrasts with the darkness on the screen. It’s a scene that, while not as bloody as his later efforts, is definitely one of Fulci’s most powerful and disturbing. The film’s finale in which the killer is kicked off a cliff, their face suddenly exploding as they fall, is a bit of a misstep. In all honesty, it’s actually quite funny in a messed-up kind of way and it left laughing me laughing arse off.

The musical score composed by Riz Ortolani (perhaps best known for Cannibal Holocaust) is a nice mixture of strings that convey a sense of terror, even if it batters you on the head with it, but also many pleasant themes that serve to contrast with the film’s dark tone while somehow also managing to make it feel darker. It’s honestly one of the most beautiful scores ever composed for such a bleak and violent film.

With an engrossing plot, a dark tone that succeeds in keeping things together despite some unintentional humour (the English dubbing is often laughable) and genuinely nasty violence whose brutality is emphasised and contrasted by the often beautiful musical score, Don’t Torture a Duckling might just be the best Lucio Fulci film I’ve reviewed thus far. Check this one out.