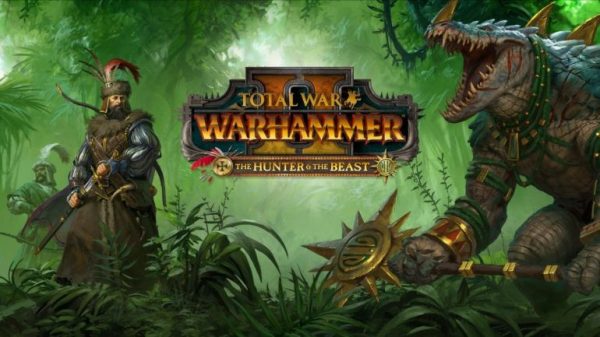 Deep in the heart of Lustria, the fearless and charismatic Huntsmarshal Markus Wulfhart leads his band of ruthless trackers, scouts, hunters and sharpshooters through the jungles to claim land for Emperor Karl Franz.  However, Nakai The Wanderer, the revered Kroxigor of the first-spawning, follows where the Great Plan wills him, and it’s willing him to lead his freshly awakened Dread Saurians against all trespassers.

The Hunter & The Beast DLC features: