Wired Productions and developer Caged Element Inc has joined forces with the DeLorean Motor Company to bring the iconic DeLorean to GRIP: Combat Racing with the DeLorean 2650 DLC.  This legendary sports car, made famous with back to the Future, adds some 80s vintage style to the roster of the futuristic racing game.  See more in the trailer below…. 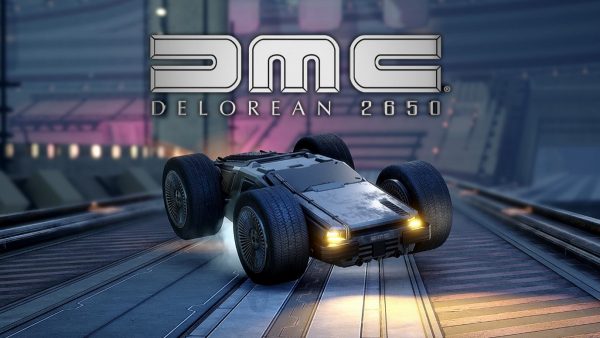 The DeLorean DLC gives players the opportunity to get behind the wheel of DMCs flagship vehicle only now it is armed, armoured, flippable and jet fuel-injected.  This vehicle comes in two variations, anti-grav AirBlades and regular four-wheeled roller, with both variations being ideally suited for life on GRIP’s deadly tracks.

GRIP: Combat Racing sees a return to the hardcore combat scene of the 90s, with cars bristling with heavy weapons, thick armour and ferocious speed.

Celebrating nearly a year’s worth of constant updates, the DeLorean DLC comes hot on the heels of the recently announced GRIP: Combat Racing – AirBlades Vs Rollers Ultimate Edition, on the PlayStation 4, Xbox One, Nintendo Switch and Windows PC via Steam. With only 9,000 created, and less existence today, fans of the DeLorean will now have a chance to own their very own.

GRIP: Combat Racing is available to play for free on Steam for PC from 10AM PT October 17 until 10AM PT October 21. All players who already own GRIP will receive Airblades as a free update.