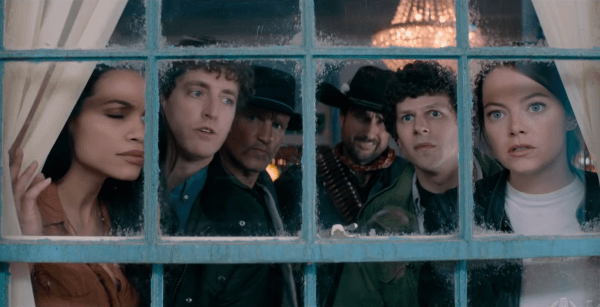 Ahead of its release this coming Friday, another clip has arrived online for the zombie comedy sequel Zombieland: Double Tap, which sees Columbus (Jesse Eisenberg) reminding the group of the importance of Rule 52 while watching Albuquerque (Luke Wilson) and Flagstaff (Thomas Middleditch) take on a group of zombies; watch it here…

Zombieland: Double Tap is set for release on October 18th.