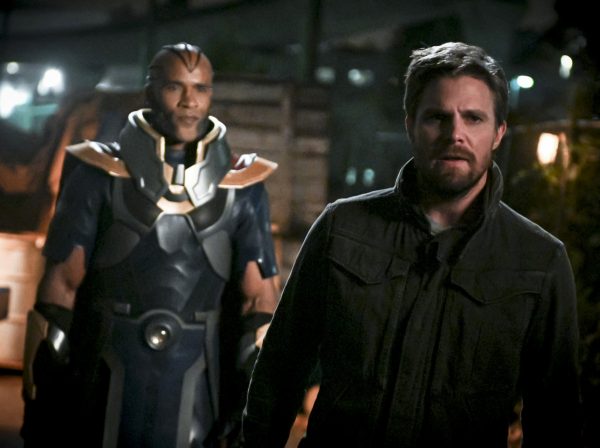 Last week’s cliffhanger was worthy of that title; just as poor Zoe met her demise at the hands of J.J., the future Team Arrow is transported back to the past, and smack dab in front of their respective parents. Hey, it worked so well on the Flash, right??

Well, it mostly works here again, but there’s a bit of a darker overtone to it all. The children did not manufacture this meeting like Nora did; in most cases, they are reluctant to share information about the future with Team Arrow (but it doesn’t take long before they could care less and start spilling future events left and right- Team Flash would be very upset about how much they probably changed the future). There really isn’t much of a need for a villain plot, honestly, as the two generations of heroes meeting provides so much drama and leaves so much to be unpacked, it feels a bit forced but this is the CW; on a cable show, perhaps- but we need action. 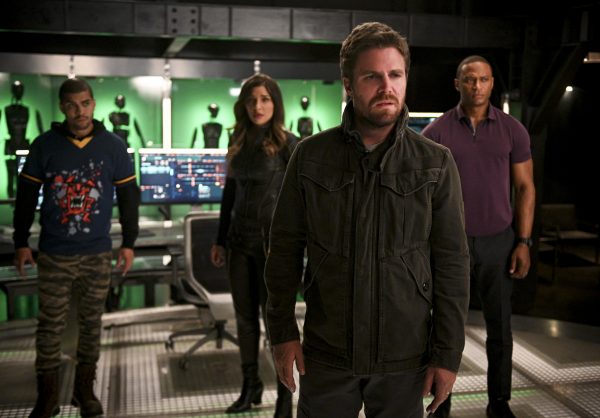 And action there is. Instead of JJ coming with them, the team finds Grant Wilson (son of Slade) staring up the new wave of Deathstrokes terrorizing Star City. There’s even a great long wide shot of Mia firing an arrow at a Deathstroke solider as it blasts him up against a wall. But, this week- we’re not here for the action. We’re here for Oliver to find peace with talking with his adult children. No surprise, Mia doesn’t want to. But, William does- and I like how the show (and William) doesn’t let Oliver down easy. I wanted you to fight for me more, he tells him. But, there’s also a beautiful moment where he comes out to his father, and Oliver says “we knew; we just wanted you to be able to come to us when you wanted to.” How much more touching can you get?

John and Connor’s reunion(of sorts) doesn’t go as smoothly as it must be hard to hear that the child you adopted (later on in life) ends up more like you than your blood- and that he becomes a stone cold killer. John later remarks hearing that brings all the pain of Andy back to him and I like that the show always has left that scar on John because it was a pivotal moment in the life of his character. There are some good scenes too where Connor shows off what John has taught him in the future and it goes a long way in painting to John exactly what Connor is saying as true; he’s not a guy that runs off pure emotion; but he can see himself in how Connor conducts his actions in the field. 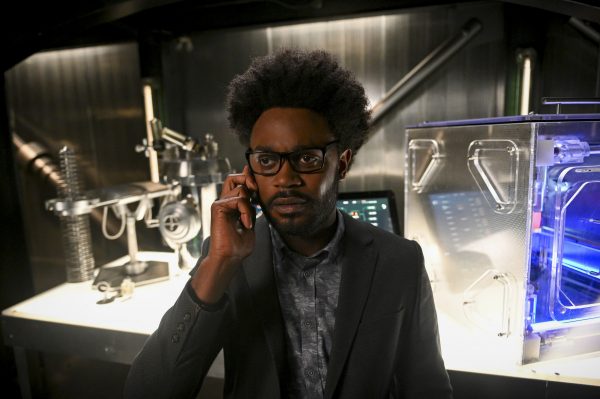 There are other great moments too, wrapped up inside the episode- like Curtis’ return (along with his sweet beard) and Rene’s future revelations about his political career and what happens to Zoe. Say what you will but Rene is a man of conviction so when he hears what becomes of them in the future, the first thing he does is goes to his daughter- to hell with this vigilante stuff, he’s on the clock! The plot of them quickly finding both the hideout and all 2 of the bombs is a hokey to a large degree, but you almost throw it out because you know the show is going to have action; it’s the emotional punch of Oliver and to an extent, John, finding common ground with their future children.

8/10– the Deathstroke plotline was pedestrian: the real, pure emotions of these never should-be reunions were not.