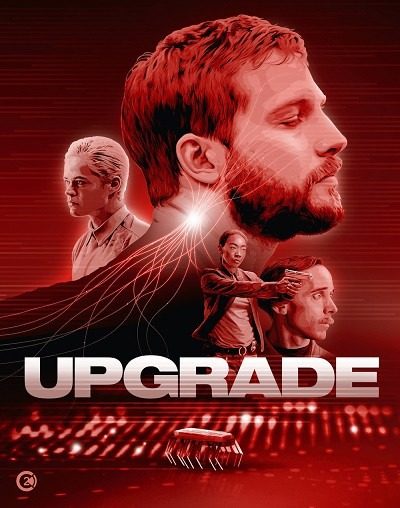 In the future a technophobic mechanic is left for dead after a brutal mugging, only to receive an experimental medical upgrade that enables him to seek revenge. 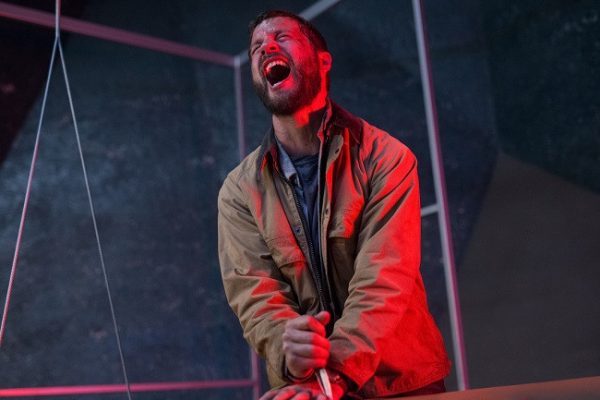 Good sci-fi is designed to make you think, and from Star Trek through to the likes of The Terminator and The Matrix the ideas and possibilities presented are often more interesting than what the narratives deliver. Upgrade is a sci-fi action movie with a lot of ideas bubbling away under its polished surface and, thankfully, doesn’t feel the need to explore every one of them in any great detail, instead just letting the story play out and letting you go down those suggestive rabbit holes in your own head and in your own time, because writer/director Leigh Whannell (Saw/Insidious) isn’t going to let up on the entertainment factor long enough to show you any more than what you need.

In Upgrade, Logan Marshall-Green (Prometheus) plays Grey Trace, a mechanic living in a future where all he wants to do is fix up vintage muscle cars and not have to bother with the Johnny Cab-esque driverless cabs and other technological breakthroughs in AI that have become the norm. After a brutal mugging where Grey’s wife is shot dead and Grey is left paralysed from the neck down he is given the chance at walking again after reclusive scientist Eron Keen (Harrison Gilbertson – Hounds of Love) offers to give him an ‘upgrade’ by implanting a tiny computer in his neck that will control his movements and enable him to walk again. 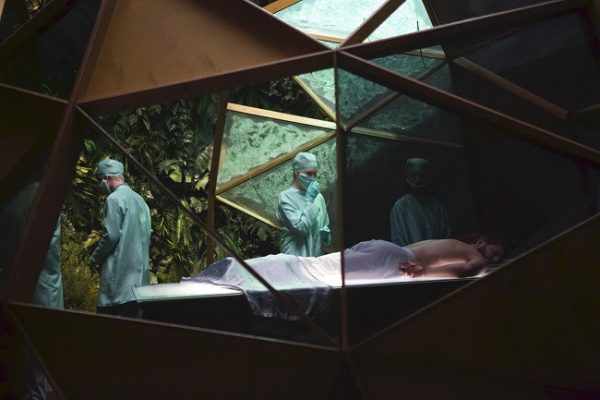 However, things go beyond just being able to walk as the implant turns Grey into an efficient fighter and so he goes about getting his revenge on those who wronged him. But the implant soon becomes sentient and doesn’t need Grey’s permission or input to operate his body, forcing the wronged mechanic to do things he perhaps otherwise wouldn’t do when left to his own humanity.

And from that premise Leigh Whannell peppers in lots of little plot details that make Grey’s journey a thoroughly engaging one, offering up little commentary nuggets about humanity, free will, the role of technology in our lives and accountability for our actions but never going further than suggestion. Instead, Whannell concentrates on making Grey a character we can relate to before turning his world upside down, an everyman who falls upon dark times, before turning up the action and the gore in the second act, turning its sci-fi ideas into pure entertainment and hitting a pace that barely lets up until the climax. 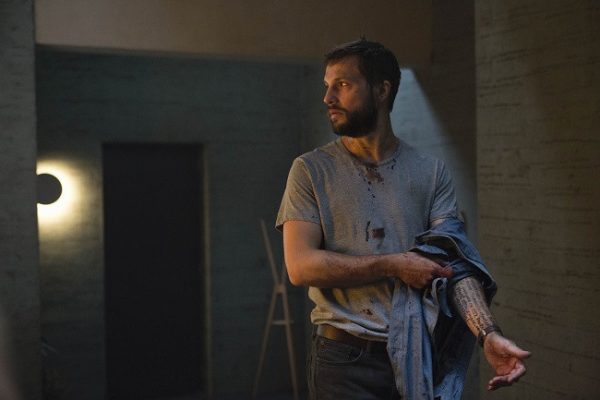 Based on its individual parts Upgrade is a movie made up from the best bits of The Matrix, RoboCop, The Terminator and Blade Runner but once the plot properly kicks in and Grey has met his first attacker in a scene that evokes Keanu Reeves’ Neo, Upgrade goes off in its own direction and the comparisons to other movies become less and less. Most of this is helped by Logan Marshall-Green who carries the movie impressively, looking extremely comfortable whether he’s dishing out beautifully choreographed beatings, bloody slasher movie kills (one in particular that Jason Voorhees would be particularly proud of) or simply switching between killer cyborg and vulnerable quadriplegic when interacting with cops or villains. As well as Marshall-Green’s performance, Leigh Whannell has been around genre filmmaking long enough to know what works and what doesn’t, making Upgrade as efficient as Grey Trace when it comes to doing what needs to be done and not outstaying its welcome (although his choices in character names could do with some work). Made on a tight $5 million budget Upgrade looks as slick as it feels, with Whannell’s camera movements and perspectives combining with Logan Marshall-Green’s body performance to give the film a visual identity away from the fast cuts and wide zooms of many modern action movies.

As well as the film the disc also contains several interviews with key crew members, including Leigh Whannell, cinematographer Stefan Duscio and fight choreographer Chris Weir, plus the limited edition also comes with a poster, 40-page book featuring essays on the film and a rigid slipcase to keep it all in. It is a superb package for a film that went down a storm at last year’s FrightFest and thoroughly deserves a physical release of this standard, although the film is strong enough to carry itself so everything else really is a bonus. All in all, Upgrade is much more than the sum of its parts, is as enjoyable as hell and taps into all of those innovative sci-fi movies that you already love without being a mere copycat, paying homage and resetting the standard as we go into a new decade. Hopefully there will be more to come of this quality.