There have been plenty of annoying movie trends in Hollywood over the years. They tend to come and go. 3D was a novelty that didn’t quite work in the 80’s, which was more recently revolutionised by James Cameron (after another brief period of it not really working, prior to that). Now 3D is kind of passé. Audiences will take or leave it, and even in the big blockbusters be as inclined to stick with glorious, good old fashioned 2D.

We had bullet time, following in the wake of The Matrix, and being riffed on in an array of mediocre actioners. That came and went too. Right now the big fascination seems to be de-aging. We’ve seen (okay, about five people saw) Will Smith fight his younger self in Gemini Man. Kurt Russell, Samuel L. Jackson (to be fair, he just doesn’t age anyway) Robert Downey Jr., Michael Douglas and more have all had time smoothed from their furrows thanks to CGI in the Marvel Cinematic Universe. The principal cast in The Irishman, all pushing 80, were de-aged in a film showing a long passage of time. In fact, Martin Scorsese, with his gangster epic, has tirelessly overseen the production and delivery of those effects to a satisfactory level. Still, lets go further still…never mind simply de-aging. How about reversing death? Now in the case of an actor passing during production you can understand why Paul Walker was brought back for a final scene in Fast 7 (though there is talk of his character returning again). We’ve seen this before with Oliver Reed (Gladiator), Brandon Lee (The Crow) and more, but as a situation to ‘complete’ a film. More macabre, Peter Cushing was resurrected to appear in Rogue One: A Star Wars Story and was creepy in all the wrong kinds of ways. Then we now have talk of James Dean, who died over 60 years ago, being brought back to star in a film. Really?

Here’s the thing…whether you’re reversing ageing, or reversing death, the simple fact is, these effects, almost universally… look shit. At best they get 95% there (when kept on a still or simple shot). However it’s that 5% that remains odd, creepy, ghostly. Something soulless, dead-eyed, overly glossy and fake. If you look at perhaps the most effective use of a CGI rebirth, in Blade Runner 2049, Rachael (originally played by Sean Young 35 years previously), that ‘just off’ feeling actually worked because it is that which Deckard (Harrison Ford) senses. It’s a novelty. It’s a gimmick. It some cases it feels a little wrong (there’s no other reason to resurrect James Dean than financial). If we look back at Dean in his brief but electrifying career, he was an actor of limitless presence, charisma, energy. He brought forth a lot from within, from his soul, onto camera, much like Marlon Brando was also doing at the time. It went against the acting standards and conventional performance. There was edge and unpredictability in Dean and (more so than Brando) there was raw imperfection. I understand wholly that recreating Dean’s appearance could be successful (to a point) but how do you recreate the acting ability? That impulse to inflect a given moment with something unexpected, something only James Dean could have done? You can’t. Ultimately there’s a cynicism in selling an idea that won’t have a wide market, and widening it’s appeal (largely through curiosity) by bringing a screen legend back from beyond. At my nicest I call it cynical, at my most brutally honest…disgusting.

Can we end this fascination? ‘But we can make an 80 year old action hero look like he’s 30 again…’ No, you can make their stunt double look like him for wide shots. I sort of forgive Scorsese as he’s scratched an itch and earned the right to do so (and indeed the film, questionable FX quality aside, has been universally praised) but for everyone else, why the pre-occupation on technology over narrative? Do the five people who watched Gemini Man have to sit through a sci-fi film which doesn’t work, just to appreciate some special effects that look quite good initially but lose their novelty pretty quickly? 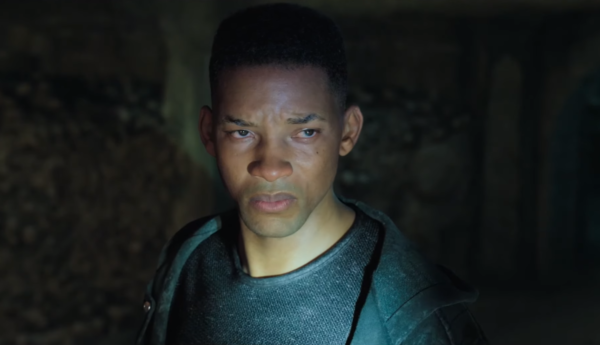 This ties a little in with the current pre-occupation with franchise, remakes, reboots and a sore lack of original material right now. Rather than film-makers focusing on the material to draw audiences back to more original films, they are focused on gimmicks, technological novelty, the box of tricks. It’s not interesting.

It’s time to let this fascination go. It’s been, it’s added absolutely nothing worthwhile to the films (bar those cases where it became a necessity to help finish the picture) and it’s getting ridiculous now. Stop!

What are your thoughts on de-aging and CGI resurrections? Let us know in the comments below or on Twitter @flickeringmyth…

Tom Jolliffe is an award winning screenwriter and passionate cinephile. He has several features due out on DVD/VOD in 2019/2020, including Cyber Bride and Scarecrow’s Revenge both available on Prime. Find more info at the best personal site you’ll ever see here.