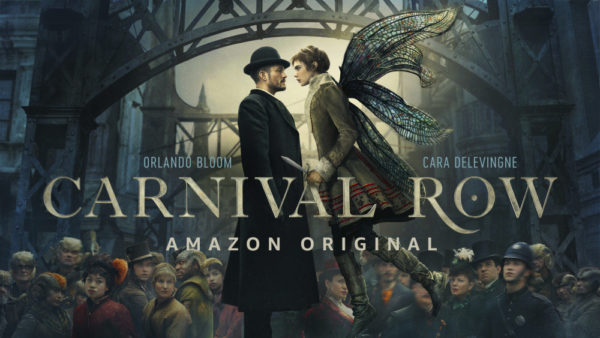 Amazon Studios has revealed that production on the second season of its fantasy-noir series Carnival Row has begun. The series stars Orlando Bloom (Lord of the Rings) and Cara Delevingne (Valerian and the City of a Thousand Planets) lead the fantasy as a detective and faerie who team up to solve a series of grisly murders.

Amazon released a video over the show’s Twitter page in which Bloom, Delevingne and fellow stars David Gyasi and Tamzin Merchant make the announcement and tease the upcoming season. Check it out here…

Orlando Bloom and Cara Delevingne star in Carnival Row, a Victorian fantasy world filled with mythological immigrant creatures. Feared by humans, they are forbidden to live, love, or fly with freedom. But even in darkness, hope lives, as a human detective and a faerie rekindle a dangerous affair. The city’s uneasy peace collapses when a string of murders reveals a monster no one could imagine.