In 1992, Danny DeVito portrayed the iconic villain The Penguin/Oswald Cobblepot in Tim Burton’s Batman Returns. Now, The Penguin is set to return to the big screen in Matt Reeves’ The Batman, this time with Colin Farrell taking on the part, and DeVito is excited to see what his Dumbo co-star will bring to the role. 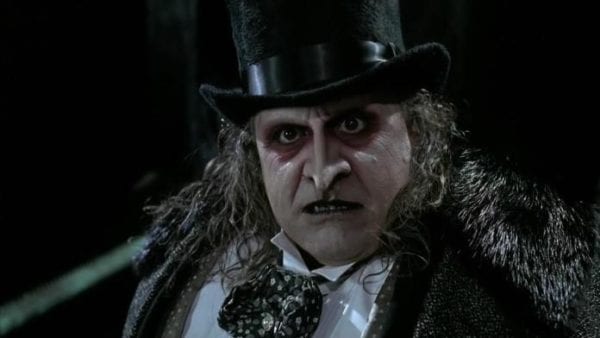 “Colin is a great actor. I’m excited to see what he’ll do in the part,” DeVito told ComicBook. “It’s a really great, many-layered character so I’m very, very excited to see that because I was a big fan of the comic books and I loved working with Tim, Tim Burton and I had a hell of a shorthand with that one and I love doing Oswald so I’m very much looking forward to my friend Colin and see what he has to do.”

The Batman has steadily been building up its talented cast which includes Robert Pattinson (The Lighthouse) as Bruce Wayne/Batman, Zoe Kravitz (Big Little Lies) as Selina Kyle/Catwoman, Colin Farrell (Fantastic Beasts and Where to Find Them) as Oswald Cobblepot/The Penguin, Paul Dano (Escape at Dannemora) as Edward Nygma/The Riddler, Jeffrey Wright (Westworld) as Commissioner Gordon, Andy Serkis (War for the Planet of the Apes) as Alfred Pennyworth, and John Turturro (The Big Lebowski) as Carmine Falcone.

SEE ALSO: Josh Gad was never seriously in the running for Penguin role in The Batman, but did speak to Matt Reeves

Do you agree with DeVito that Colin Farrell is an exciting pick for the role of The Penguin? Are you looking forward to The Batman? Let us know in the comments below or tweet us @flickeringmyth…