With the release date for Bubble Bobble 4 Friends fast approaching, ININ Games has released a new trailer for the exclusive Nintendo Switch game that really builds up the hype by showing fans what they can expect, while also providing us with an amazing remake of the original game’s toe-tappingly great music.  Not only that, they’ve also revealed new details on the EXTEND feature. 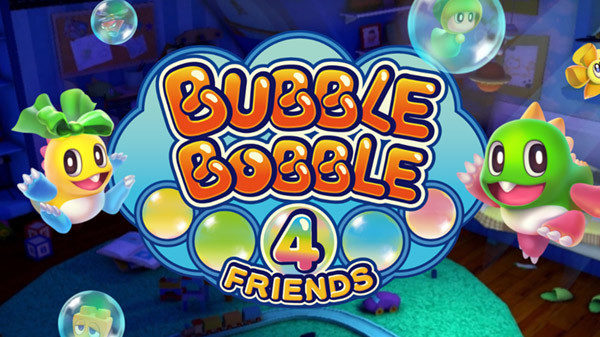 It’s been 33 years since the debut of the classic video game Bubble Bobble by TAITO but on 19th November Bub and Bob will return in Bubble Bobble 4 Friends exclusively on the Nintendo Switch.  In this new title in the Bubble Bobble legacy, players will be able to join up to 3 friends for some excellent co-op excitement.

Also revealed today are details on the new EXTEND feature.  In previous Bubble Bobble games, collecting the bubbles with the letters E, X, T, E, N, D in would grant players an extra life, however, in Bubble Bobble 4 Friends this is a new skill upgrade system that will allow players to boost their heroes with additional features.  As before, players will collect bubbles with the letters in and if they collect them all, AND win the boss battle, they will receive a new skill or an upgrade to an existing skill.

The skills that can be unlocked are:

Before starting a new world, players will be able to equip their dragons with the skills they’ve learned and use them to master even the most difficult of stages.

Bubble Bobble 4 Friends will release exclusively on the Nintendo Switch on 19th November, with a special edition arriving in retail stores featuring 2 keyrings, a poster and 4 trading cards on 13th December.