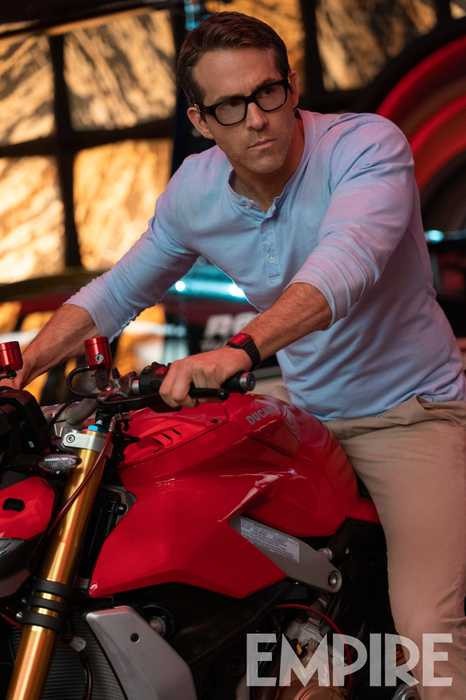 FREE GUY tells the story of a lonely bank teller who discovers he is actually a background character in the open-world video game Free City.