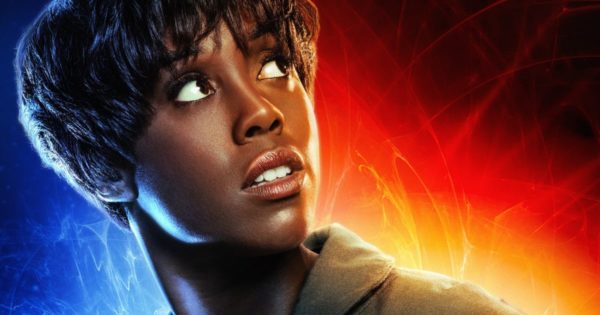 Although producer Barbara Broccoli has previously ruled out the possibility of a female James Bond, we will be seeing a female 007 agent in next year’s No Time To Die, with Captain Marvel star Lashana Lynch inheriting the legendary designation in the new movie following the retirement of Daniel Craig’s Bond.

Sadly, the news that a black woman would be succeeding Bond as 007 came in for criticism – and outright anger – in some corners of the fandom, although Lynch has revealed to THR that she wasn’t phased by the backlash but rather feels sad for the haters.

“It doesn’t dishearten me,” states Lynch. “It makes me feel quite sad for some people because their opinions, they’re not even from a mean place — they’re actually from a sad place. It’s not about me. People are reacting to an idea, which has nothing to do with my life.”

SEE ALSO: Phoebe Waller-Bridge explains how she tweaked No Time to Die

Lynch went on to reveal that her main focus was to bring something different to the movie than the typical Bond girl, adding that: “Everyone was really responsive to having her be what I wanted. You’re given a fresh perspective on a brand-new black woman in the Bond world. I didn’t want someone who was slick. I wanted someone who was rough around the edges and who has a past and a history and has issues with her weight and maybe questions what’s going on with her boyfriend”