Lionsgate has released a trailer for director Daniel Alfredson’s (The Girl Who Played with Fire, The Girl Who Kicked the Hornet’s Nest) Intrigo trilogy, which is based on Swedish writer Hakan Nesser’s bestselling thriller novels and get underway this January with Intrigo: Death of an Author starring Oscar-winner Ben Kingsley, followed by Intrigo: Dear Agnes and Intrigo: Samaria later in the year. 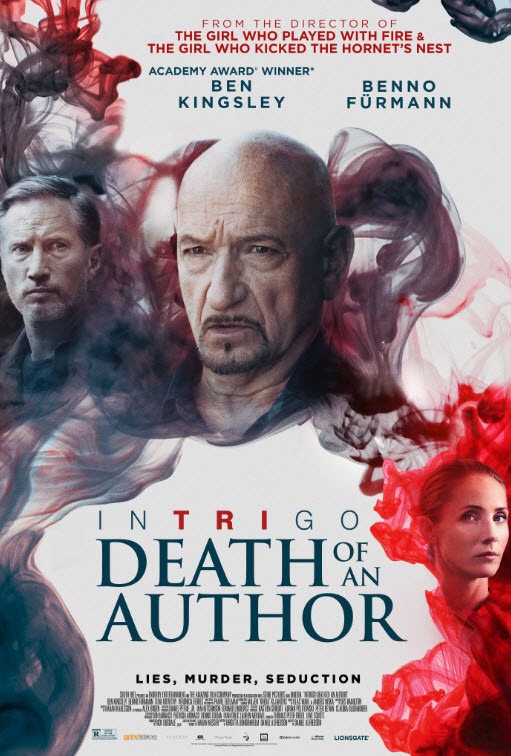 Based on the global best-seller by Hakan Nesser and starring Academy Award® winner Ben Kingsley (Ghandi), this tense, riveting thriller will keep you guessing. After an author named David plots the seemingly accidental murder of his wife, her body is never recovered, and he’s convinced that she’s still alive. Meanwhile, as David translates the final novel by a writer who also died mysteriously, he finds himself attracted to the man’s sultry widow. Fact or fiction, life or death… in this tale, nothing is certain.

Intrigo: Death of an Author is set for a theatrical and VOD release on January 17th.