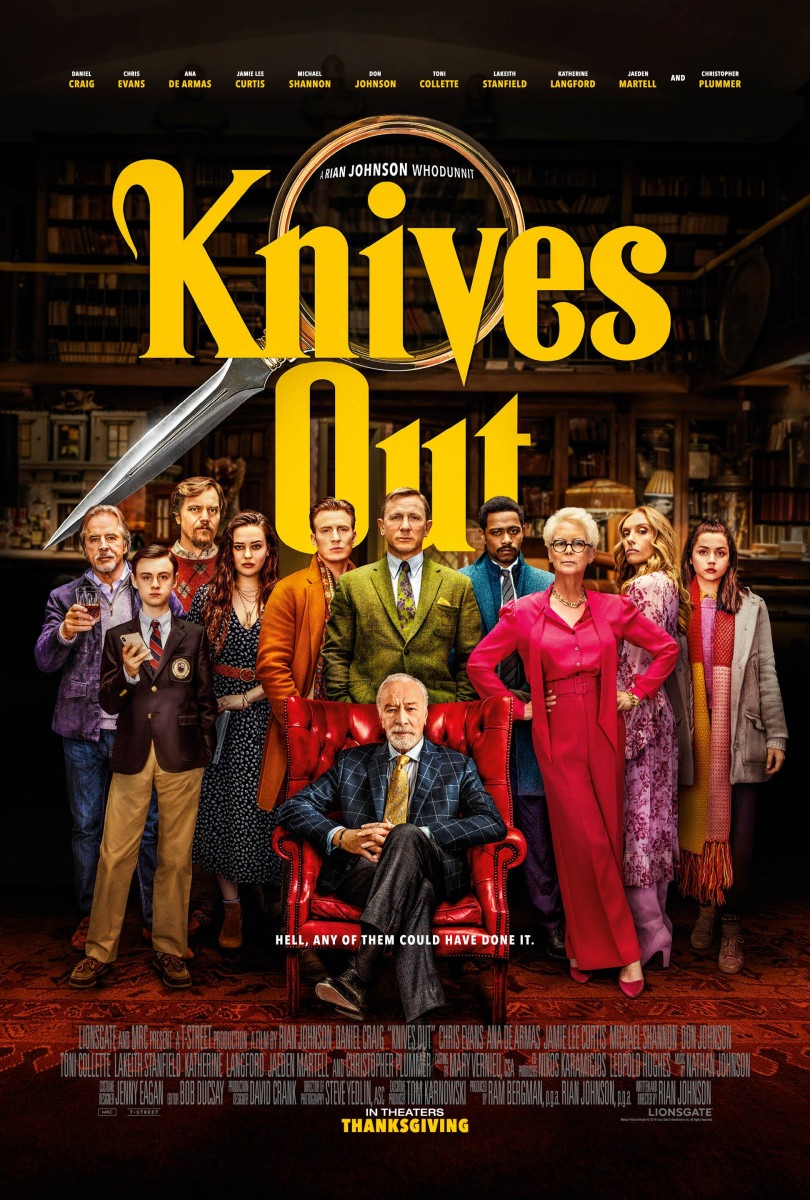 A detective investigates the death of a patriarch of an eccentric, combative family after his 85th birthday celebrations. 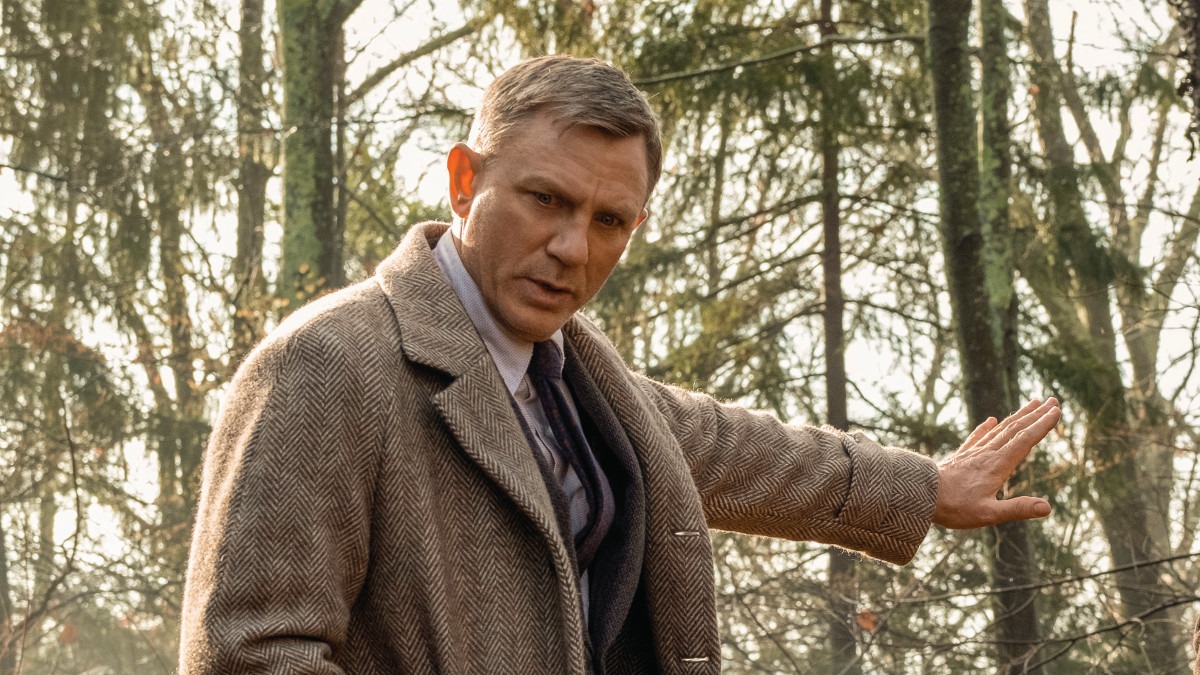 Knives Out is a self-aware, stylised farce that has a great time – and pulls you along with it. This pitch-black comedy zips along at a rapid pace as its complex “whodunnit” plot unfolds. A lot of the fun comes from its position as a loving homage to, and pastiche of, Agatha Christie classics and Cluedo “it was the butler, in the library, with the candlestick” scenarios. The Thrombey family are all under suspicion for the murder of head of the family Harlan (Christopher Plummer), an outrageously popular murder mystery novelist (of course), and whose fans even encompass the local police force.

Mary Vernieu has assembled a truly top-notch cast to fill the shoes of Rian Johnson’s overblown and slightly grotesque characters. The only fair criticism would be the impossibility of using them all to their full advantage in a single film. As Harlan’s daughter, Jamie Lee Curtis is the dry, unimpressed step-in matriarch of the family, Linda, who has found herself badly married to a bit of a shit (Don Johnson as Richard Drysdale). Richard is that type of awkward relative that will make you wince as he quotes ‘Hamilton’ in the same breath as spouting his negative views towards immigrants. Toni Collette is a hoot as self-help convert and #influencer Joni, another daughter, and the regrettably underused Michael Shannon’s straight-laced son Walt – publisher for his father – is a lesson in simmering stress. Linda’s son Ransom (Chris Evans) is the black sheep of the family, disruptive and universally disliked, but also perhaps the most perceptive of his family. He is a cat among the pigeons, kicking things into a frenetic gear when he eventually shows his face at the family home. Loose from the reins of wholesome Captain America, Evans is clearly enjoying the chance to exercise his funny bones and be a bit of an arsehole. 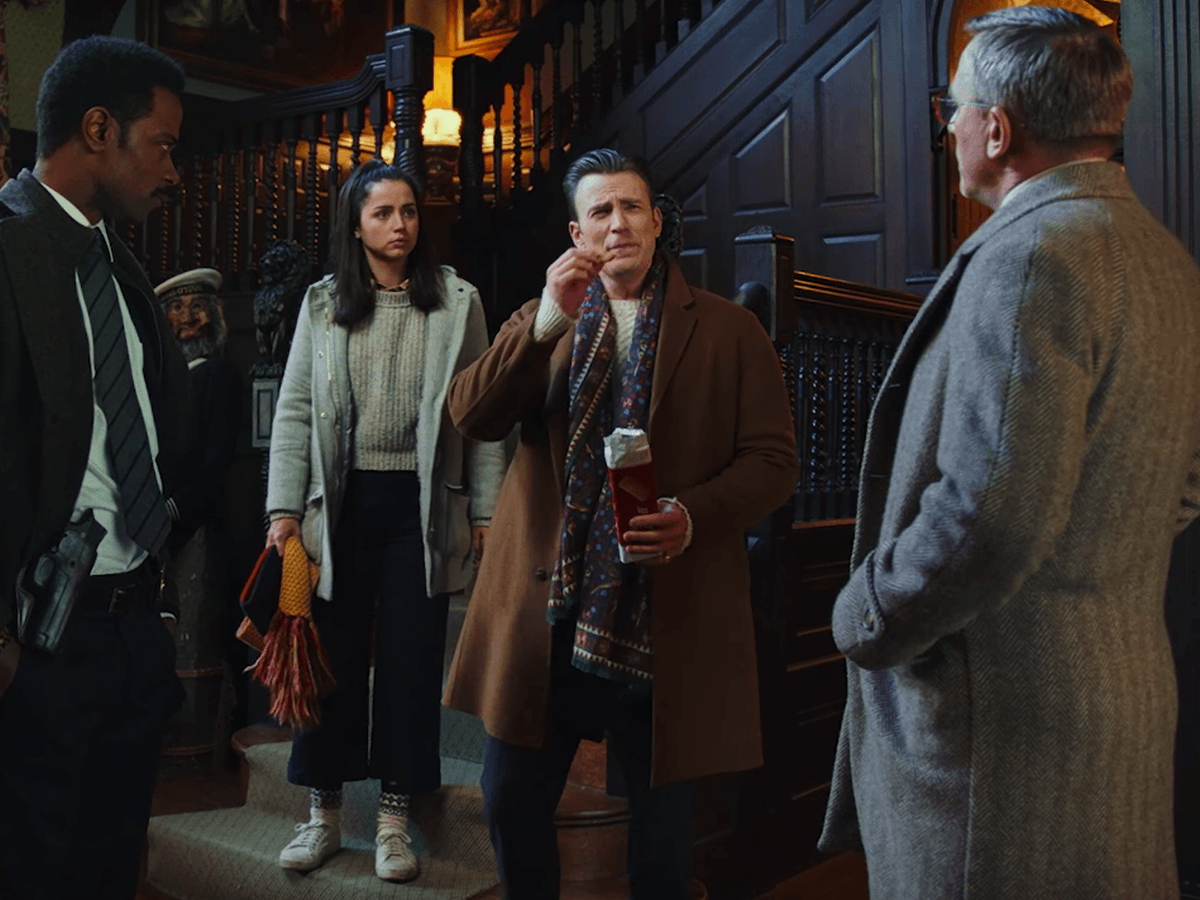 If at gun point, the two stand-outs of Knives Out are Daniel Craig and Ana de Armas, ostensibly the film’s leads. Craig, as the flamboyant celebrity detective Benoit Blanc, clearly relishes leading the slightly non-plussed local police force (LaKeith Stanfield and Noah Segan) down his very particular path of deduction. He embraces the camp high drama and runs with an outrageously OTT accent (only familiar if you’ve seen his similar break out in Logan Lucky). It’s refreshing to see him step out of Bond’s po-faced shadow… and have fun? Ana de Armas is Marta, Harlan’s caregiver and confidante, and one of the only people to seem genuinely devastated by his demise. The whole film hangs off her character and, as the action unfolds around her, she handles it with aplomb, totally unrecognisable from her last high-profile role in Blade Runner 2049. She is sympathetic and believable, as well as excellent foil to the quite hideous creatures of the extended Thrombey family.

The complex narrative of Knives Out relies on flashbacks, but they are masterfully handled and woven into the screenplay. Rather than feeling repetitive or overly complicated, each unpeels a new layer to the story as you see shifting perspectives on a situation – as well as who isn’t necessarily a reliable narrator. The screenplay is both stupidly excellent, with its deft handling of multiple threads and characters, as well as just plain stupid (see: Blanc’s complicated analogy based on doughnut holes). Like a doughnut, it’s a treat that’s difficult to resist. 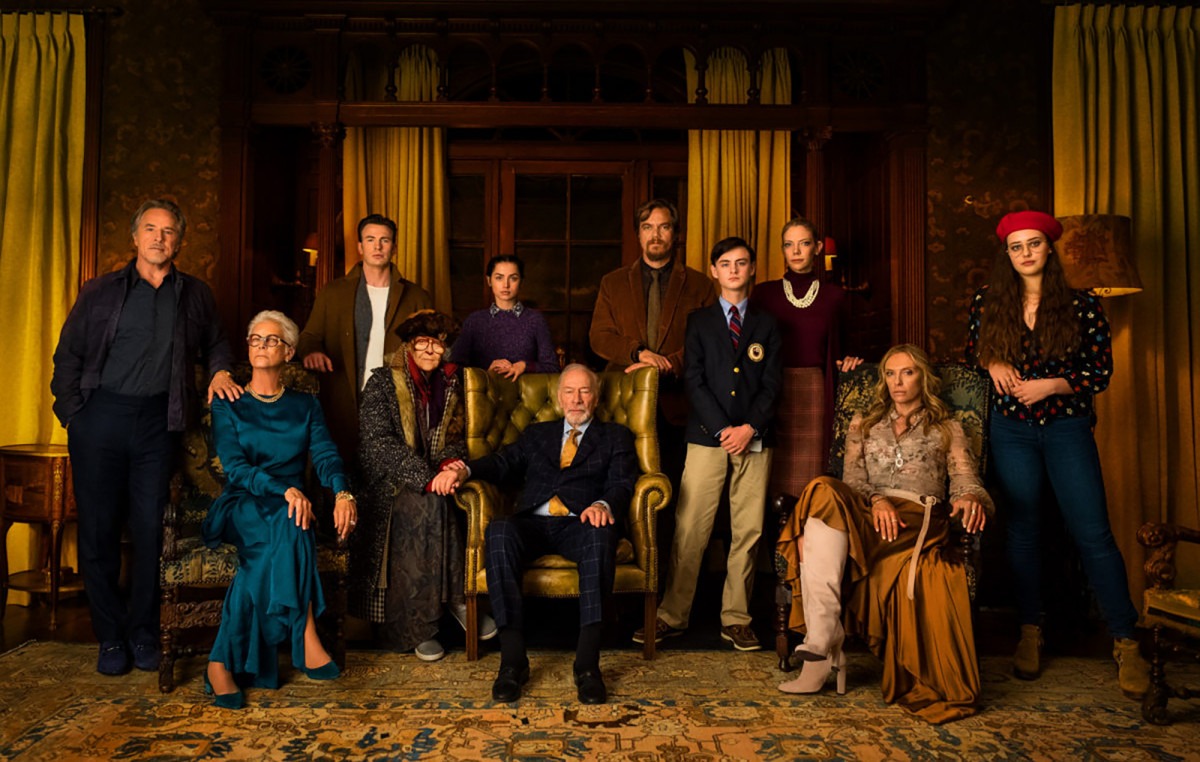 There’s also an entertaining and savage underlying social commentary on wealth and privilege in Knives Out, which slices into the exposed belly of the Thrombey clan. For example, they may all consider Marta (‘the help’) family, but none are able to correctly identify which South American country she comes from.

Writer-director Rian Johnson’s very specific vision has been beautifully brought to life by production designer David Crank and costume designer Jenny Eagan, with set decoration by David Schlesinger. It’s a heightened universe with a rich, dark palette and a distinct whiff of ’70s corduroy. If it’s too late for mainstream appreciation this year, Knives Out may well be infiltrating Hallowee’n costume parties come next year. Nathan Johnson’s spiky, gothic music also helps to build the atmosphere, and acts as a marker to the tongue-in-cheek vibe for the audience. It’s enjoyably Danny Elfman-esque, without feeling derivative or as extreme as a Burton film.

Knives Out is already a vintage piece of cinema: With consistent comedy, snappy pace, an intricate (but not overly-complicated) screenplay and a fine cast, it ticks all the boxes you could hope.