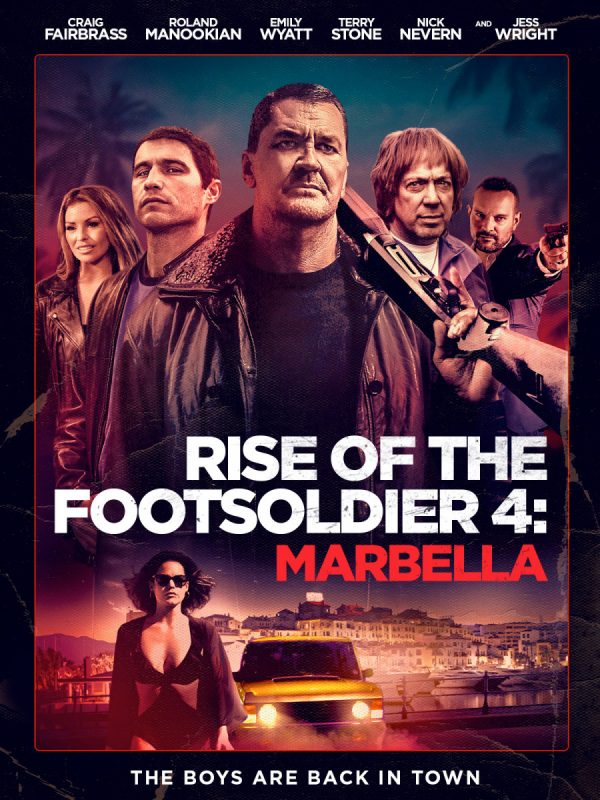 Unhinged gangster Pat Tate gets released from prison and heads to Marbella to get revenge on those who put him away. 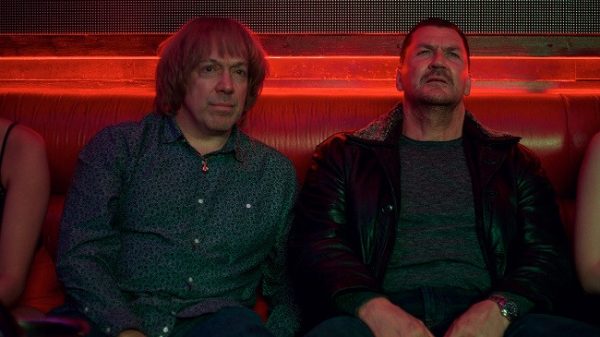 The opening text of Rise of the Footsoldier: Marbella states that the film ‘…is based on true events’ and during the end credits it claims that ‘…any similarity to real events or people is purely coincidental’ (or words to that effect), and that pretty much tells you everything you need to know about this franchise that has inexplicably spawned four movies, all based around the true story of a gang of criminals found shot to death in a car down a dark lane in Rettendon, Essex in 1995.

So how have the filmmakers milked more out of this unintentionally hilarious and hugely entertaining series? By directly following on from 2017s Rise of the Footsoldier: The Pat Tate Story and showing us what happened when psychopathic gangster Tate (Craig Fairbrass) is released from prison and decides to head to Marbella to put right what he sees as a diabolical liberty taken by ageing crime lord Harris (played by Larry Lamb in the previous movie). However, since Tate has been away Harris has died so while he is in Marbella Tate hooks up with slimy criminal Terry Fisher (director Andrew Loveday) and sets up a huge drug deal, relying on his pals Tony (Terry Stone) and Craig (Roland Manookian) to bring the cash needed over from London. Naturally, Craig is an idiot and, instead of booking a direct flight, books a little road trip for him and Tony first, delaying the deal and making sure Pat stays in Marbella long enough to get revenge on everyone who put him away. 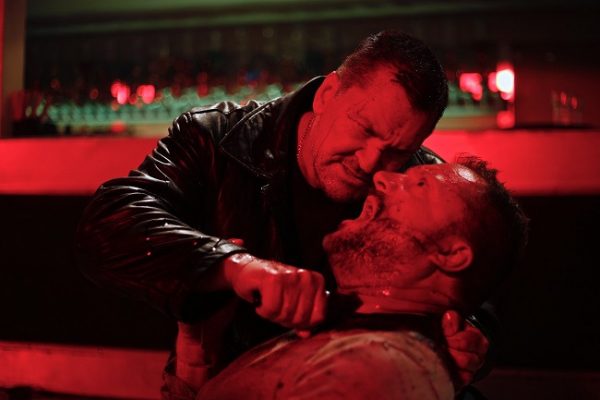 And so hilarity ensues as Terry Stone (and his bad wig), Roland Manookian and Craig Fairbrass get the band back together for another fictionalised adventure through the seedy underworld of ‘90s club culture, with every other word an expletive and every sentence followed by an act of senseless violence. If you’ve been following the series this far then you know what to expect as Rise of the Footsoldier: Marbella barely deviates from the set template of Essex colloquialisms, extreme violence and three main actors who look considerably older than they did in the first film despite this being a prequel.

There are, however, a few subtle stylistic changes here and there which make this a little more pleasing on the eyes and ears than the previous movies in the series. First of all, the film looks great with several scenic drone shots setting up the locations beautifully and director Andrew Loveday frames the action scenes with an eye for capturing every bone-crunching detail instead of blurry quick edits, which the previous films have sometimes been guilty of. The overall tone is brighter and less gritty than the other films, which may sound odd given the nature of the story, but it actually works in its favour because if you’re going to have the crap kicked out of you it’s nice that the sun is shining and the skies are blue. 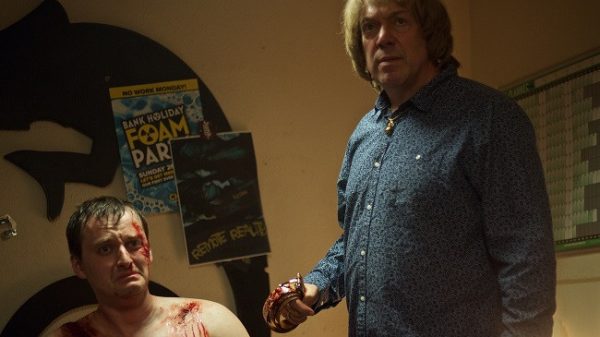 But, and this where Flickering Myth’s unique scoring system comes into play, Rise of the Footsoldier: Marbella is by far the most entertaining film in the series thanks to clearly not giving a monkey’s about facts and that when it does lets its guard slip it adds so much accessibility to a franchise that had been fairly po-faced to this point. The obvious example of this is how Tony and Craig have become something of a comedy double act, with Craig always screwing up and Tony constantly berating him now being almost pantomime-like and only lacking comedy sound effects to make the film feel like a big screen version of a sit-com. There are other little details too, like Pat Tate constantly calling people ‘melts’ about 20 years before that even became a phrase (‘muppet’ would have been more appropriate at that time), that just add to the more light-hearted nature of the presentation which, like it or not, makes Rise of the Footsoldier: Marbella a fun movie to watch but not exactly high art when it comes to filmmaking.

Nevertheless, Rise of the Footsoldier: Marbella is a surprisingly engaging yet throwaway example of the low-budget British crime thrillers that have flooded the market in recent years. If you haven’t seen the previous movies in the franchise then it may be worth checking them out first just to bring you up to speed on who the characters are and how they got to where they eventually ended up, but if you don’t fancy sitting through the overly serious yet very amusing (for all the wrong reasons) first two films then start with Rise of the Footsoldier: The Pat Tate Story and then go into this for some mindless violent fun, and given that it actually feels like it was meant to be fun it makes it all the more enjoyable. Just brace yourself for Rise of the Footsoldier 5: Pat Tate in Space because it is only a matter of time.