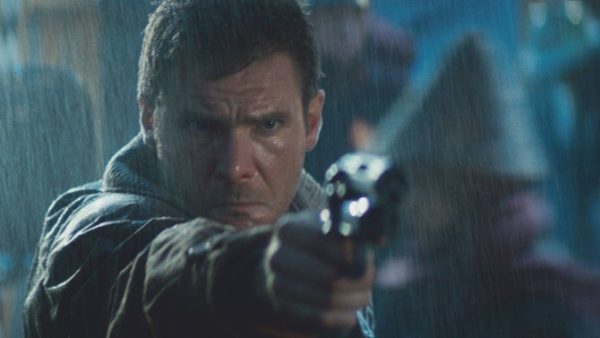 Remember when 2014 was coming to an end? There was a clamour of snorting giggles as people bemoaned the impending 2015’s lack of self drying clothes, flying cars, hydropizza and hover-boards. Granted, Back to the Future Part II did get a few things right, like a shift to more environmentally friendly power sources, as well as a retro fascination. Maybe in the mid-80’s, Robert Zemeckis et al realised that they were in the best era ever, and future generations, or misty eyed nostalgia fiends, would look back obsessively over the decade with themed cafes etc.

Well, another sci-fi opus from yesteryear, set in a distant, slightly dystopian future, has now caught up with reality. We have now entered November 2019, the setting of Blade Runner. Lets be honest here, Blade Runner is iconic cinema. It’s a beloved classic and an important benchmark in science fiction film. There are key stamping points throughout the genre. Milestones. Films of such iconic status, that they affect a wake of imitators in the genre. If you’re looking at three of the most influential sci-fi films in history, you’d be hard pushed to find three more powerful than Metropolis, 2001: A Space Odyssey and Blade Runner. It boils down to how much impact they have on the cinema which followed, from a visual and thematic perspective. Those three, whether they got your motor running or not, have inspired more Sci-Fi films than any others. In fact, Blade Runner itself owed more than a tip of the cap to Metropolis. Christopher Nolan has not only directly used Blade Runner as a source of inspiration (particularly in Batman Begins), but Interstellar couldn’t have owed much more to 2001. Now we come to 2019, the Blade Runner fictional setting has caught up with reality. Even prior to this year, it’s depiction of polluted, densely populated, neon-glared streets evokes large East Asian Cities like Tokyo, Bangkok, Shanghai and Seoul (and indeed, parts of L.A.). Whilst the notion that the rich will rise (in high-rise buildings) is old school written fiction, it has certainly come to pass. Blade Runner showed a world of overpopulation and multi-culturalism that now rings true over big Western Cities (the overpopulation is certainly true in the East, but the multi-culturalism hasn’t found its way there hugely yet). It also markedly shows a descent into de-humanizing, apathy, and a lack of empathy. It shows a significant rich/poor divide, which perhaps in ’82 more optimistic folk might have thought would even out. Slowly ravaging the environment through pollution, in a world where ‘real’ animals are nigh-on extinct, and reserved for the wealthy. We’re getting there, even if Donald thinks it’s fake news.

Okay, so Blade Runner didn’t quite get the flying cars right, nor have we advanced replication to that degree yet. Still, animatronics and cybernetics are developing quickly. We may not be all that far off. The fashions in Blade Runner have also become a contentious issue. A debate rages as to whether they’re accurate or miles off the mark. That would of course depend on your fashion, and where you live. Head out at night in parts of London and you’ll be looking at Blade Runner fashion. Go to any cyber-punk themed events and it’s the same. Even Atari (again, thanks to nostalgia) has made something of a reappearance through specialist console rereleases and the retro-game fascination. There’s even a retro mix in fashion in the film which throws back to yesteryear, and retro inspired fashion is indeed popular in the modern world.

As I mentioned before, a growing lack of empathy in the world sees groups of people, immigrants for example, reduced to figures, that need removing. Maybe not in the extreme manner of hiring a ‘Blade Runner’ of course, but as inhuman inconveniences to be removed. Whoever runs the country in Blade Runner certainly wouldn’t be far from the right wing mentality of Trump or the Conservative Government… but lets pull back before this gets too political. It’s another aspect, that goes hand-in-hand with dystopian cinema, but again, Blade Runner has called it, and it’s happening.

Science fiction stories of dystopian worlds, particularly in literary and film form that have been well crafted, age well. Not only is Blade Runner still something of a technical marvel to look at with exquisite visuals (beautifully melding with enveloping and beautiful soundtrack from Vangelis) but it is prescient. It has stood the test of time and contains themes that remain relevant in the modern world.

How accurate is Blade Runner’s depiction of 2019? Let us know your thoughts in the comments below…