After braving The Star Wars Holiday Special, we now turn to Caravan of Courage as our look at Lucasfilm’s early forays into Star Wars television continues… 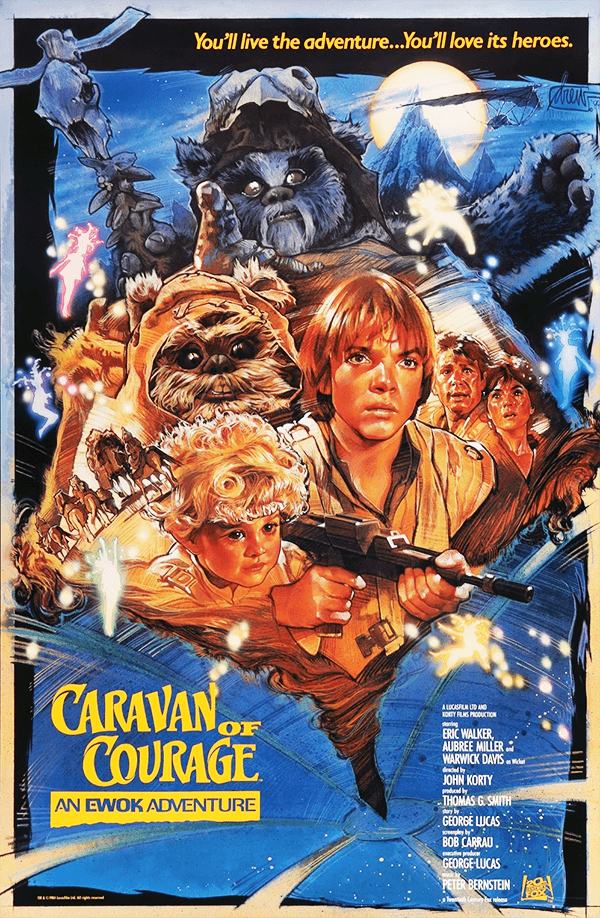 Despite impressive ratings, Star Wars’ first foray into television – the infamous CBS 1978 Holiday Special – was an unmitigated disaster from start to finish (with the exception – arguably – of the animated  segment featuring the debut of Boba Fett). Nevertheless, with cinematic Star Wars adventures on hold following 1983’s Return of the Jedi, series mastermind George Lucas was more than intrigued by ABC’s interest in a Thanksgiving 1984 special.

With an opportunity to keep the franchise in the public eye, Lucas decided to feature Jedi’s most controversial creations – the Ewoks – in a proposed hour long special. While fans had been critical of the Ewoks, they did have strong appeal for Lucas’ target audience (and were a particular favourite of his daughter, Amanda), while their inclusion would also allow for the reuse of props and costumes from the film. Additionally, with location filming taking place in nearby Marin County, executive producer Lucas could ensure he remained in close proximity to avoid a second television travesty. 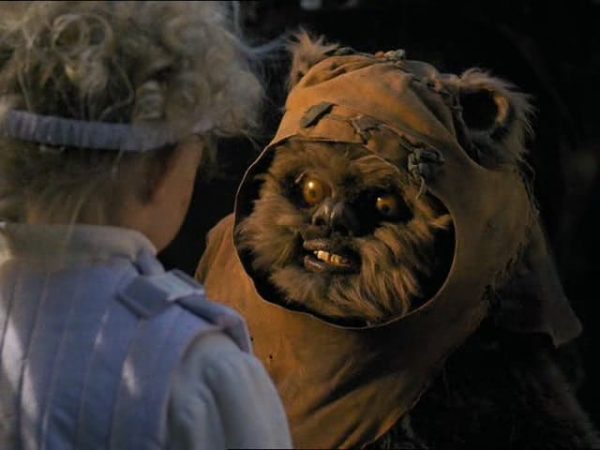 Working on an outline for the story that quickly developed into feature-length territory, Lucas hired young writer Bob Carrau to transform his concept into a teleplay and brought in Academy Award and Emmy winning director John Korty to bring the vision to life. Industrial Light & Magic art director Joe Johnston, who had worked on the Original Trilogy as a concept artist and later achieved his own success as a director, was employed as production designer, with Korty bringing in his own people to fill the remaining crew positions. In terms of casting, Warwick Davis was hired to reprise the role of Wicket with young TV actor Eric Walker and newcomer Aubree Miller chosen as human leads, Mace and Cindel Towani.

Lucas had originally planned for a short schedule that would include six weeks of filming but after being impressed with early footage he was keen to develop the movie further. Sanctioning extra time and budget for reshoots and with Korty busy elsewhere, Lucas directed a number of scenes himself and also took on responsibility for supervising the editing. Meanwhile ILM was hard at work preparing the visual FX, with a mixture of stop-motion animation, blue screen and matte paintings, that far exceeded anything else on television at the time. In all the production lasted close to nine months and with a budget of $4.5 million, it proved to be a hugely ambitious project for the medium. 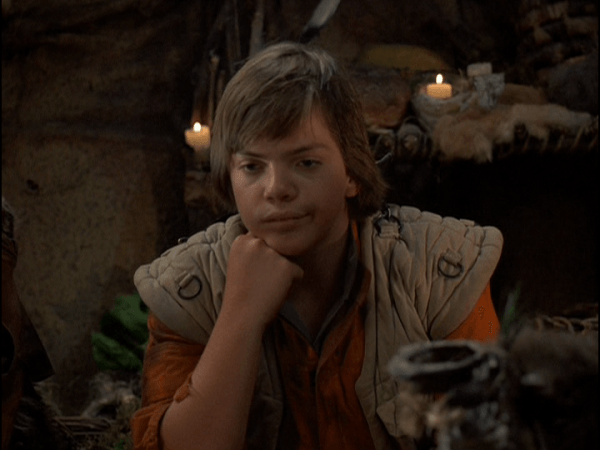 The Ewok Adventure premiered on ABC at 8pm on November 25th 1984 to an impressive audience share for its timeslot and was released theatrically in overseas markets (including a limited run in the United Kingdom) as Caravan of Courage: An Ewok Adventure. Whereas Lucas had enjoyed much critical and commercial acclaim with the Star Wars trilogy, American reviewers generally frowned upon the special while in Britain the cinema release of Ewok Adventure was heavily berated as nothing more than television standard (a view that would later resurface with 2008’s Star Wars: The Clone Wars pilot/movie).

Despite the negative response, The Ewok Adventure was clearly never intended to be the next instalment in the Star Wars saga. With only a fraction of the budget and production time afforded to the theatrical movies and given its focus around one of the most contentious species for Star Wars enthusiasts, there was never any doubt that it would fail to fill the void in the eyes of hardened fans. 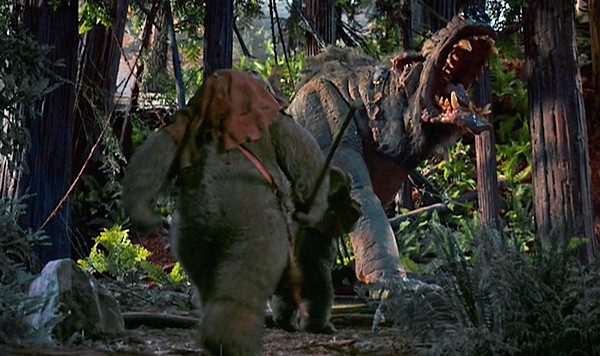 However, viewed in the context of a children’s TV special there is certainly much to appeal to the younger audience with a simple but effective narrative that blends action, drama, humour and thrills, and in terms of production values and scope, it could be argued that the Ewok Adventure is a landmark in television movie-making. ABC was certainly happy with the reception anyway, and the network was quick to open talks with Lucas about a sequel.