According to a new report, Jon Favreau – the showrunner of The Mandalorian – could be taking the leadership role with the Star Wars franchise. 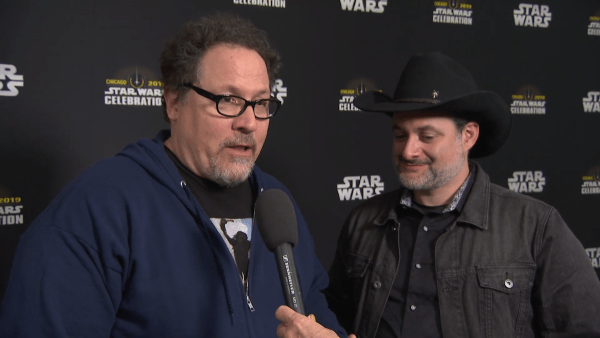 Jon Favreau’s new Disney+ show The Mandalorian has certainly gone down well with fans so far, with his passion for the original movies shining through for all to see. But are there more Star Wars duties in his future?

Well, possibly so according to a new report by THR. The outlet is reporting that Lucasfilm president Kathleen Kennedy has an uncertain future at the company and Favreau could be someone who steps in to gain an important creative position in the Star Wars franchise:

“Creating a new mythology is, of course, the challenge that Disney faces with Star Wars. Kennedy is an experienced and competent producer, but she is not a creative visionary. (She made her name as a producer for creative visionary Steven Spielberg.) So who better than Favreau to play a leading role in charting the course? He has fan loyalty. He is as Team Disney as they come,” explains THR.

“So with or without Kennedy, sources say it seems likely that Favreau will have a lot of say over the future of Star Wars. These sources also say Kennedy’s ideal team includes key roles for Michelle Rejwan, a producer on Episode IX and Lucasfilm’s senior vp live action development and production, and Dave Filoni, the veteran animation director and George Lucas protege who directed live action for the first time with two episodes of The Mandalorian. Even if remaining at Lucasfilm is not in the cards for Kennedy, this plan would enable her to trumpet that she has done the job she was hired to do — completing the Skywalker saga — and left the franchise in good hands.”

If the future of Star Wars ends up in the hands of Favreau and Dave Filoni, a lot of fans will be very happy indeed. We will have to wait and see. Would you like Favreau to step into a leadership position? Let us know in the comments below and on Twitter @flickeringmyth…