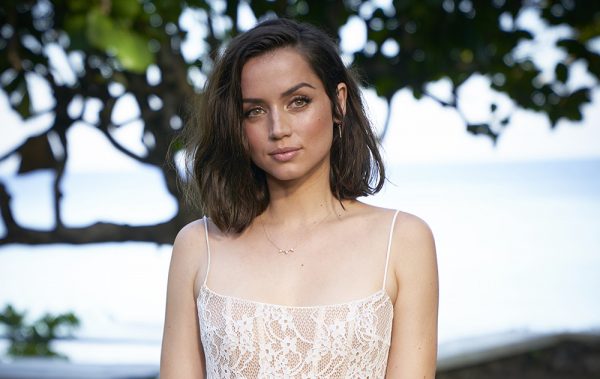 Daniel Craig is set to find himself surrounding by a bevy of leading ladies in his fifth and final outing as 007, with the actor joined in the cast of No Time To Die by the returning Léa Seydoux (Madeleine Swann) and Naomie Harris (Moneypenny), Captain Marvel actress Lashana Lynch as MI-6’s new 007, and Knives Out star Ana de Armas as the mysterious character Paloma.

Details on de Armas’ Paloma are being kept tightly under wraps for the time being, but speaking to The Los Angeles Times, the Cuban actress has revealed that her character is not a typical ‘Bond Girl’ – i.e. a damsel in distress or femme fatale.

“I wouldn’t say she’s ordinary, because when she needs to perform her job, she does,” states de Armas. “But [she] is flawed. She says what she feels, she’s nervous, she’s scared. It’s human. When I read it, I was like, ‘Oh, wait – I can be a Bond girl. I’m that. I’m that messy.’ That’s what felt so attractive, on top of what she’s actually doing in the story, which is another step toward giving women a more powerful and strong place in the films.”

Perhaps we’ll get some indication of how de Armas’ Paloma will figure into No Time To Die next week, with a first teaser trailer for Bond’s 25th official adventure rumoured to be arriving online on December 4th/December 5th.