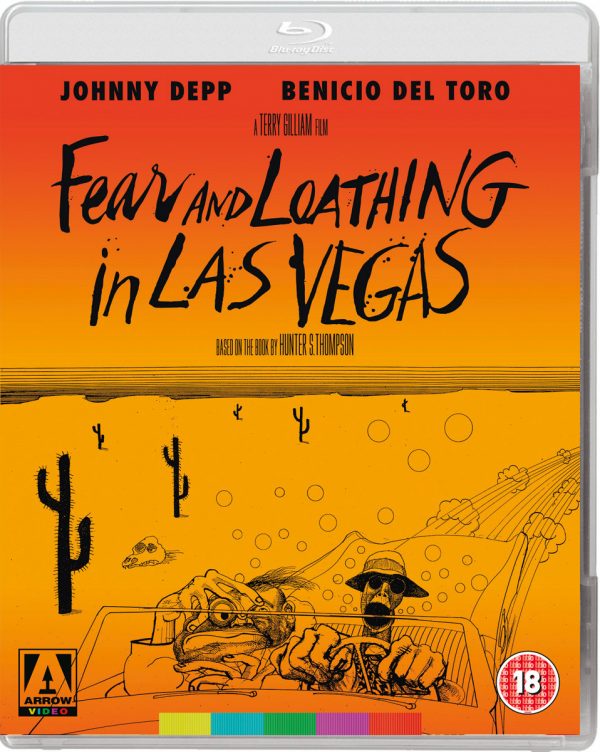 Drugs. Lots of drugs. And a road trip… with drugs. 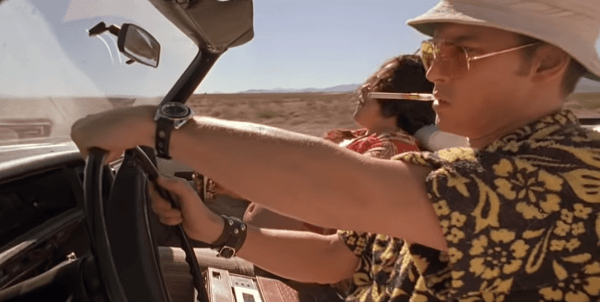 Based on gonzo journalist Hunter S. Thompson’s cult 1971 novel of the same name, Fear and Loathing in Las Vegas is at once a great example of how to film what was considered by many to be unfilmable and is also a victim of its own stylings, eschewing narrative and plot in favour of just being a tripped-out psychedelic finger-point at the American mainstream.

With that in mind it really comes down to what you bring to the film as a consumer that will determine what you get out of it, which could be said of pretty much any film but in this case there needs to be a certain level of anti-establishment sneer or just a general two fingers up to the powers that be to really get behind what Thompson – and director/co-writer Terry Gilliam – are showing us. It would also help to probably take copious amounts of drugs to feel fully enlightened to the movies charms but that is entirely a personal choice that is down to your own particular tastes.

The key to getting the most out of the movie – apart from the use of drugs – is to simply let it be, to let it wash over you and try not to make any sense of it. As well as Terry Gilliam’s skills as a filmmaker, star Johnny Depp’s performance as journalist Raoul Duke is the most accessible element to those not attuned to Thompson’s particular world view. Raoul Duke was a pseudonym often used by Thompson when writing his books and Depp’s quirky turn perfectly encapsulates the unpredictable yet totally predictable nature of a drug addict trying to examine the world – or in this case Las Vegas, the perceived physical representation of the American dream – beyond the surface and it also points the way that Depp would go in the following decade with his Pirates of the Caribbean role of Jack Sparrow, arms flailing, voice rambling and being totally hilarious, even when trying not to be.

Duke is joined on his road trip through Vegas by his lawyer Dr. Gonzo (Benicio del Toro), a man who appetite for drugs just about outweighs his psychopathic tendencies (although it is close) and together they move around the city, getting into trouble and bumping into several characters – including Gary Busey as a traffic cop, Ellen Barkin as a waitress and Penn Jillette as a carnie – and creating bizarre situations they can only get out of by fleeing the scene. 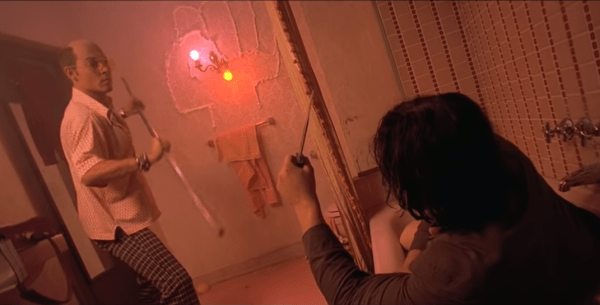 And there is not a lot else to really say about Fear and Loathing in Las Vegas that would do it any justice whatsoever. Like the drugs that Duke and Gonzo consume throughout the movie, each trip is different and so every reaction the film is going to be different, with Terry Gilliam handling the material in the most accessible way possible without losing any of Thompson’s original flavour. There are funny moments, there are disgusting moments and there are moments that are just plain baffling but the movie is never dull or boring. However, after the first hour is over you do feel as if you’ve taken as many drugs as the characters on the screen and need a bit of a cleanser before carrying on and it never really happens, instead keeping up the pace until the inevitable comedown of the end of the film, leaving you feeling exhausted and perhaps a little dehydrated.

Looking sharp and colourful, the 4K restoration really does pop out of the screen and those authentic 1970s fashions – some of which were actually owned by Hunter S. Thompson, who also shaved Johnny Depp’s hair into the correct style – look gorgeous. This limited edition also comes with an extensive collection of extras, the main one being For No Good Reason, a feature-length documentary about Hunter S. Thompson featuring contributions from Johnny Depp, Terry Gilliam, Richard E. Grant and music producer Hal Willner, as well as archival footage of Thompson himself. There are also several other documentaries – including Buy The Ticket, Take The Ride: Hunter S. Thompson on Film from 2006 that is worth watching just to see how bonkers Gary Busey can be when setting up an interview – that cover Thompson and his career, video essays, a new commentary from Terry Gilliam and far too many other nuggets to list here.

All of which makes Fear and Loathing in Las Vegas a worthwhile package for collectors to mull over, although the appeal of delving too far into the mind of Hunter S. Thompson can be severely limited if psychedelic drug trips aren’t your jam. The film itself is really a meandering, structureless two hours that has moments of fleeting engagement as Raoul and Dr. Gonzo take too many drugs and fire quips at each other that are fun but are ultimately covering up the fact that there is no real plot to speak of, so if that sort of trip sounds like your thing then Fear and Loathing in Las Vegas will likely be comedy gold. However, for anyone looking for a story to fire the imagination it might prove to be a bit of a drag after so long and about as much fun as a hangover. Either way, watch it once to try it out but perhaps don’t inhale.