Momentum Pictures has released a poster and trailer for the upcoming action thriller Disturbing the Peace. Directed by York Alec Shackleton, the film stars Guy Pearce as a small-town marshal, who after refusing to carry his gun since a tragic shooting, is forced to pick up his firearm once more to protect his town against a gang of invading outlaw bikers. 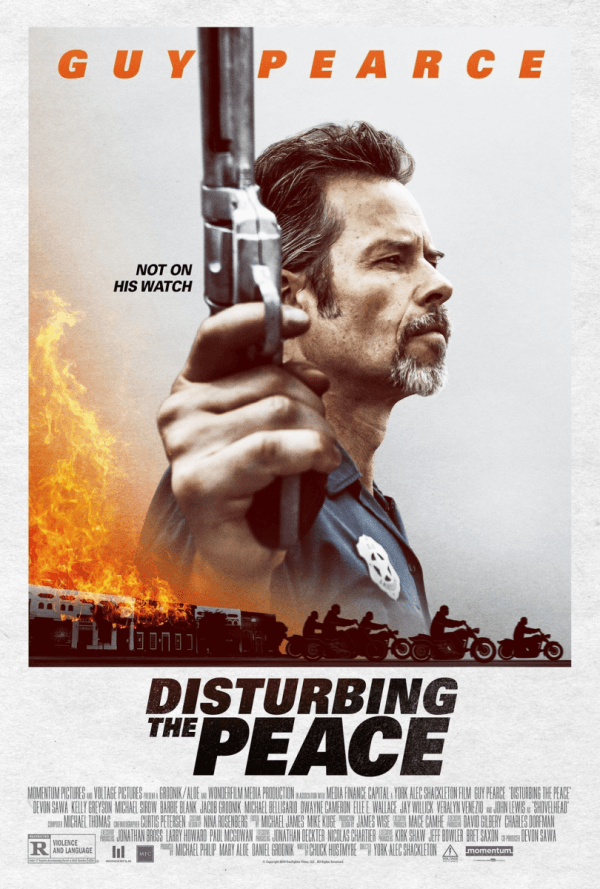 A small-town marshal (Guy Pearce) who hasn’t carried a gun since he left the Texas Rangers after a tragic shooting must pick up his gun again. This time to do battle with a gang of outlaw bikers that have invaded the town to pull off a brazen and violent heist.