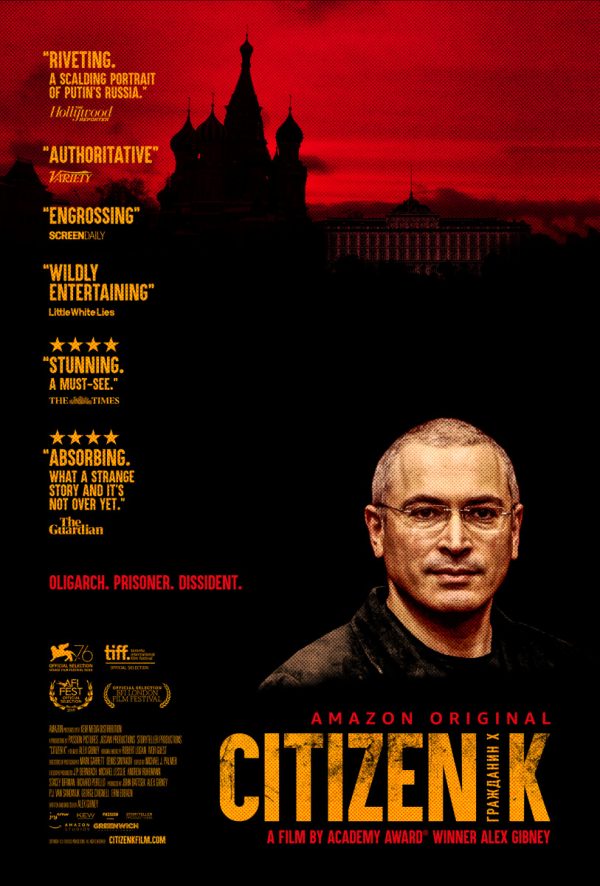 An exploration of Russia in the Putin era, told through the lens of Mikhail Khodorkovsky – a former oligarch now living in exile in London. 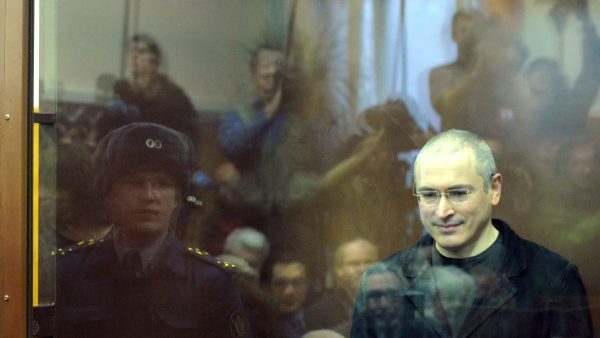 Alex Gibney is a documentary maker who emphasises big issues. He took on Scientology with the fascinating, forensic Going Clear and has also made documentaries about Wikileaks, the Enron scandal and clerical sex abuse. His latest documentary, Citizen K, sees the filmmaker turn his observant, encyclopedic filmmaking eye on Russia in the era of Vladimir Putin. Topics don’t come much more timely and intimidating than this one.

Rather than focus squarely on Putin himself, Gibney’s film uses a supporting character as a sort of Trojan horse in order to explore the city walls of the story. That character is Mikhail Khodorkovsky, who rose to riches and fame as an oligarch in the 1990s era of post-Soviet Union privatisation in Russia. He was once the country’s richest man but, in 2003, he was charged with fraud and was later imprisoned by the Putin administration. Years later, he lives in self-imposed exile in London, knowing he will be locked up again if he sets foot on the soil of his native country.

Gibney’s detail-orientated, exhaustive style is a great fit for an issue as complex as modern Russia. Citizen K essentially works as a brief history of Russia since the collapse of the Soviet Union, charting the rise and rise of Putin. Khodorkovsky’s journey is used as an illustrative example of what happens when anyone speaks out against the leader, as well as making an interesting point about how many of the modern stories about Russia seem to focus on the UK. The Salisbury poisoning is referenced, as are the deaths of Alexander Litvinenko and Khodorkovsky’s fellow oligarch Boris Berezovsky. Khodorkovsky, in fact, seems like a neglected and marginalised figure in his own film. 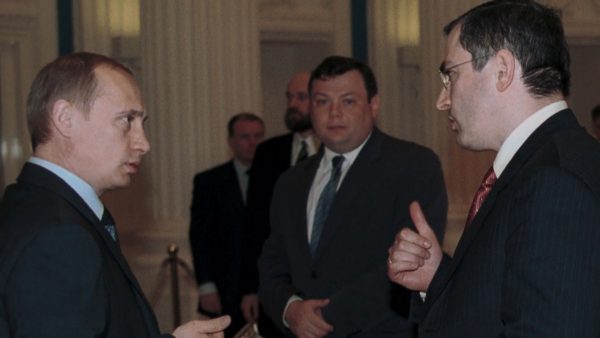 But one of the problems facing the movie is that this issue is one so complex that any documentary will struggle to venture too far beneath the surface. Citizen K sprawls and stretches every sinew over the course of its two hours to educate and interrogate, but it still feels as if it’s essentially rehearsing the beats we’re all familiar with. There’s little in the way of revelation here and the movie serves more as a basic primer than it does an examination hungry to expose previously buried information.

Much like the similarly flawed Putin-Trump doc Active Measures earlier this year, Citizen K struggles to untangle the gargantuan web of power dynamics and corruption at the heart of Russia. It’s a film that’s so dense you almost want to ask the projectionist to hit the pause button so you can keep up with the machinations of the narrative. It certainly can’t be accused of talking down to its audience and trusts them to follow the threads of Gibney’s tapestry.

It helps that Khodorkovsky is an interesting, if flawed, figure. There’s plenty of fun to be had in his eloquent, defiant interviews with Gibney, explaining his position with eloquence, sensitivity and a real sense of duty. He’s the heart of this story and Citizen K ought to have focused more on the man behind that K. In trying to expand the picture to take on the totality of Putin’s web of intrigue and conspiracy, it gets rather lost in the weeds. 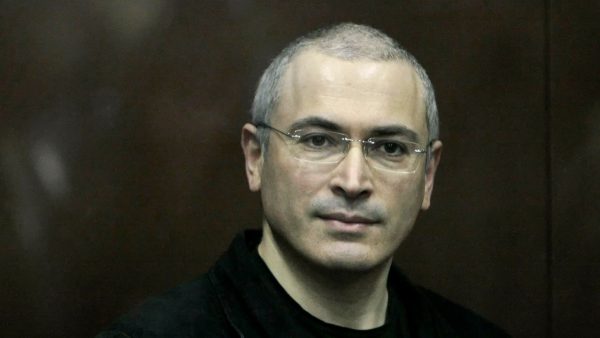