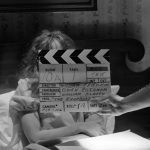 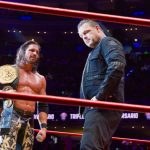 Nail in the Coffin: The Fall and Rise of Vampiro, 2019. Directed by Michael Paszt. Featuring Ian “Vampiro” Hodgkinson, Dasha Hodgkinson, John Hennigan, Jeff Jarrett and Kevin Kross. SYNOPSIS: The story of Canadian wrestler Vampiro, who rose up the ranks in Mexican wrestling to become a top star both in front of the camera and […] 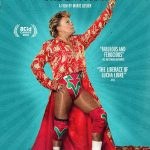 Cassandro, the Exotico!, 2018. Directed by Marie Losier. Starring Cassandro. SYNOPSIS: An intimate portrait of one of Mexico’s most famous “exotico” wrestlers as he grapples with the dying days of his illustrious career in the ring. Professional wrestling in Mexico is a layered and complex world of traditions, pageantry and incredible athletic talent. Everyone is […] 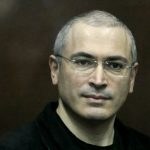 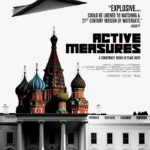 Active Measures, 2018. Directed by Jack Bryan. Starring Donald Trump, Vladimir Putin, Hillary Clinton, John McCain, John Podesta, Heather Conley and Mikhail Saakashvili. SYNOPSIS: An exhaustive look at the alleged links between Donald Trump and Vladimir Putin, both before and after the former made his move for the White House. There’s something more than a […]

Hitting theatres on April 28th and VOD/Home Media on May 16th, the film, Danger Close, the third instalment of Strong Eagle Media’s “Heroes of Valor” trilogy – which features 2014s The Hornet’s Nest and last year’s Citizen Solider – follows female war reporter Alex Quade’s brave missions to tell soldiers’ stories at the height of the conflicts in […]