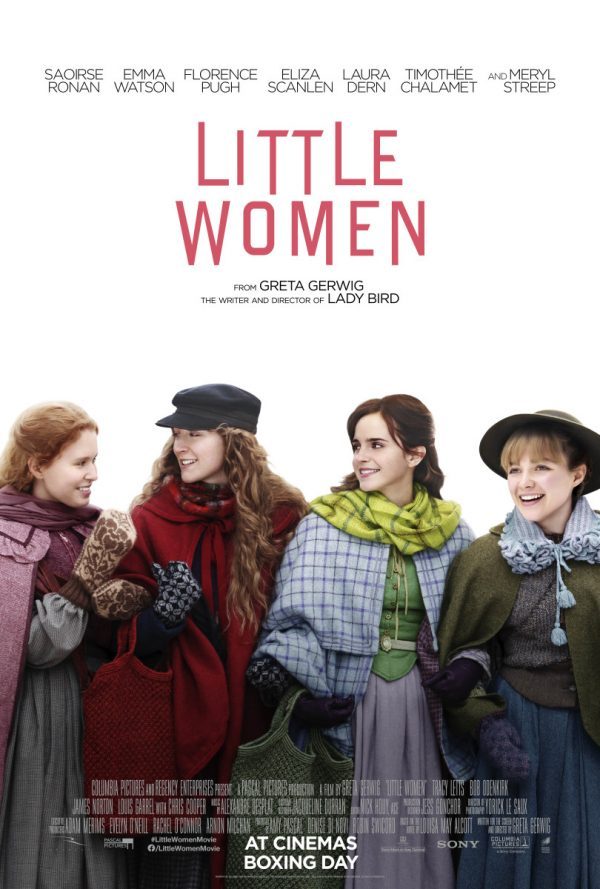 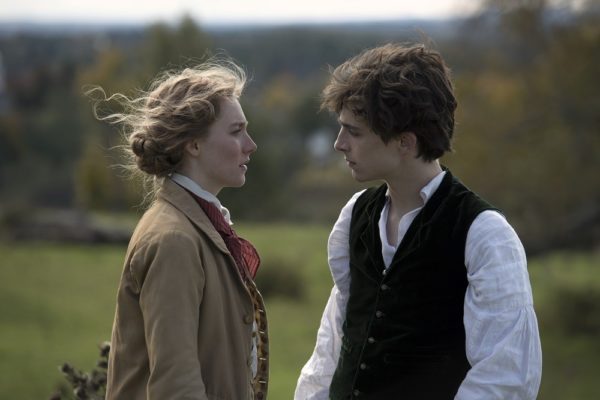 The question to be asked of any text that has been adapted for film and television as much as Louisa May Alcott’s 1869 Little Women, is whether the newest iteration is different enough from its predecessors to warrant your time. “I want to be great or nothing”, states Florence Pugh’s terrific Amy March, and the same could be said of Greta Gerwig’s sophomore solo directorial effort. Thankfully, it’s the former, because Little Women is an utterly marvellous take on the tale, buoyed by a stunning ensemble of performances. It’s the perfect film for these trying times.

Taking the linear structure of the source novel and composing a time-hopping tale of family and feminism is only one of the reasons Gerwig’s film is a confident, accomplished one. It’s also beautifully framed and stylishly subtle, never simply relying on the lush settings of the era that can so often result in a point-and-shoot style of filmmaking. Gerwig stitches the film together with some stunning transition edits. One of which sees a painting seamlessly give way to a stunning Parisian park.

As sumptuous as Gerwig’s direction and Yorick Le Saux’s cinematography may be, the story of Little Women wouldn’t carry the heft it does without this cast, one which rivals Endgame for star-wattage.

Beginning with those on the periphery of the Marsh family, Chalamet is note-perfect as Laurie. Using the irrepressible charm that has become intrinsic with the young actor, he delivers a performance that runs the entire gamut as he interacts with the sisters. It’s perhaps his wonderful chemistry with Ronan that’s the standout relationship outside of the siblings: all sparky dialogue and arm-punches, it feels joyously real. Meryl Streep flits in and out of the story, as do most in a film that can sometimes feel like one of those farcical hotel corridor sequences of doors swinging open-and-closed, and she has fun being very ‘Meryl Streepy’. Christopher Cooper also leaves an impression as the wealthy neighbour, and along with his turn in It’s a Beautiful Day in the Neighbourhood, appears to have cornered 2019’s market in tear-jerking minimalism. And then there’s Laura Dern as Marmee, with her seemingly eternal optimism and desire to do good, who’s afforded one of the scripts many resonant lines when she admits to her daughter that even though she can’t show it, she’s “angry almost every day of my life”.

As for the titular women, they’re a whirlwind of joyous performances. The interactions, the way they constantly talk over eachother, or break into spontaneous silliness. The chemistry is off-the-charts and very natural.

The plot dictates that Eliza Scanlen is given the smallest amount to do, even if her thread is one of the more impactful of the girls, but she still earns your adoration as the quietest of the quartet. Emma Watson is equally good as the prim-and-proper Meg, adding layers to character who could have simply been used to provide a counterpoint to her more charismatic sisters. A duo, in Saoirse Ronan and Florence Pugh, who are reason alone to watch the film. Pugh flits between the entertainingly bratty behaviour befitting of a younger sister, and the admirably stoic stance of a young woman who knows her place in this world of status and societal expectation. She brings a fragile yet fierce exterior to Amy, and but for Ronan, would be the MVP of Little Women.

However, it’s with scenes such as her hillside stand-off alongside Chalamet, or the heart-breaking way in which she delivers “I’m so lonely” like a kick to the heart, that Saoirse Ronan elevates this above the Sunday night drama it could so easily have become. Her Jo March is everything the movie stands for: strong, inspirational, and never willing to conform to what’s expected of her.

Brimming with an infectious joy, wonderful characters, and some year’s best performances, Little Women is a fresh take on a oft-told tale, one that’s as relevantly important as it is bloomin’ brilliant.