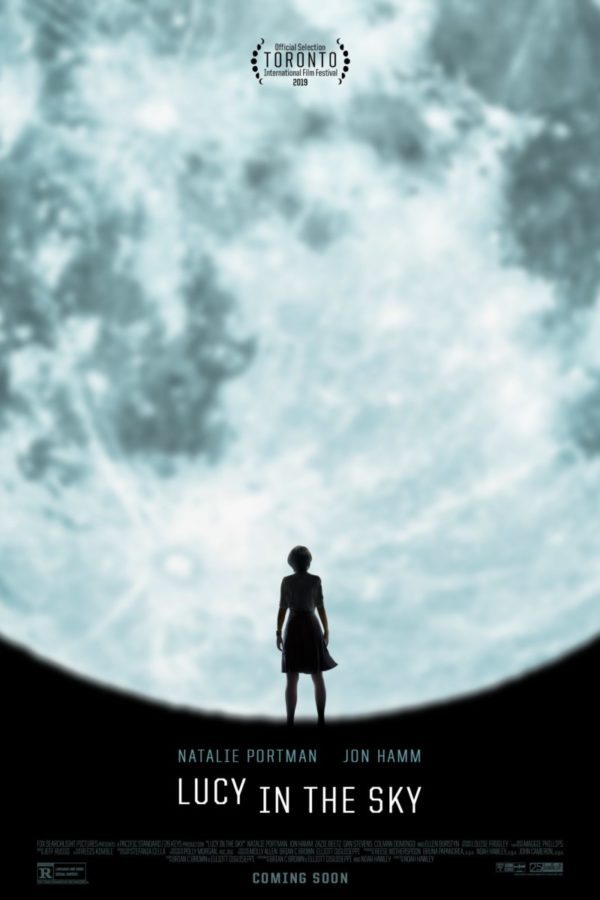 Upon returning to Earth following a life-changing experience above the atmosphere, astronaut Lucy Cola (Natalie Portman) struggles to adjust to life back on terra firma. 2019 has been littered with more existential cinematic trips to space than there are stars in the sky (this might be factually incorrect by a few billion or so). Brad Pitt went looking for his Daddy in Ad Astra, while Robert Pattinson found feral space dogs, amongst other less-savoury things, in Claire Denis’ polarising High Life.

Acting as mission control on the latest ‘the space within yourself’ exploration is Noah Hawley, he of Fargo and Legion small-screen brilliance, guiding Natalie Portman through an ‘inspired by true events’ tale that promises so much, but burns up on re-entry (about an hour in) and crash lands in a spectacular mess of confused intentions and frustrating character beats.

Portman plays the titular Lucy, and yes, the song is incorporated during one of the films many impressive stylistic flourishes, who we meet suspended above the Earth, begging for more time to take in the spectacle of what floats (technical term) before her eyes, drowning in the magnitude of what she’s experiencing. It’s a beautiful shot, as the size of what she’s looking at is reflected in her dilating eyes. It’s as if there isn’t enough room in them to fully process what she’s seeing. That’s a problem for Lucy, because when she returns to Earth she is incapable of coping with the minuate and mundanity of her old world. This includes her husband (a rather one-note Dan Stevens) and niece, who’re left sharing the dinner table as Lucy starts hanging out with divorced astronaut Mark (Jon Hamm dialled up to peak levels of charm and smarm). Her life begins to unravel as she disconnects from reality, desperate to return to space.

Much like the opening sequence in which Portman hovers above the atmosphere like an omnipotent being, Lucy in the Sky is an often beautiful film that’s undone by a lack of weight. It favours soap-opera over space-opera. The intrigue of watching someone unable to divorce from their relationship with space, subsequently questioning their own existence, sounds like a journey worth strapping in for, but this soon gives way to a bonkers Fatal Attraction-style thriller that won’t have you looking up at the stars, just rolling your eyes towards them.

Natalie Portman is as good as ever, and along with Hawley’s knack for visual flair (the constant change of aspect ratio will impress and annoy in equal measure), is the only reason you stick with Lucy in the Sky for so long. She injects the character with a real ‘take-no-shit’ attitude in a space-race environment usually dominated by men. It’s a chance for the film to make a statement, yet sadly, along with Zazie Beetz underused contemporary, their fates become dictated by the actions of men. Sure, it’s a ‘true story’, but it’s too heavy-handed in the way it prioritises the driving force for her descent into madness to be Jon Hamm. In fact the exact message of the narrative is never really clear, which leads to the story falling off a cliff in the final act. It’s as if the foundations were in place upon which to build an interesting character study, but they never scratch beneath the surface of Lucy’s condition: she goes from sadness to madness without the film really caring why.

Abandoning existentialism for unfocused, messy drama, Lucy in the Sky is only saved from being launched into the stratosphere by a committed Natalie Portman, and enough signs-of-life to hint that there was once a better movie in here somewhere.