Despite the onslaught of backlash towards the final season of Game of Thrones, actor Pilou Asbæk, who portrayed Euron Greyjoy for several seasons, has praised how the show came to an end. 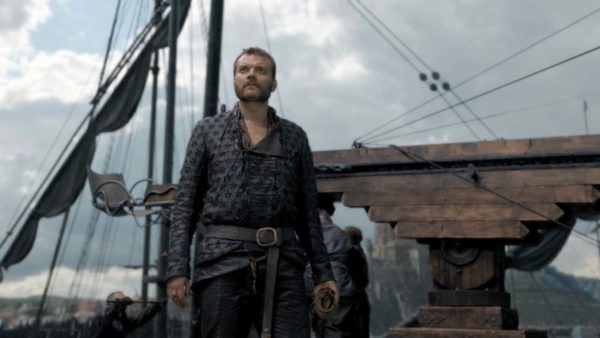 During an interview with Entertainment Weekly at the 2020 SAG Awards, Asbæk claimed that he believes the ending to Game of Thrones was “perfect.”

“When we had the read-through… we ended up doing a standing ovation for 15, 20 minutes. It was a perfect ending,” Asbæk explained. “But people were upset because an era finished.”

However, the actor does shed some sympathy for the fans who may have felt slightly betrayed regarding how to show came to a close.

“I kind of get it,” Asbæk added. “I was a big fan of the show before I became a part of it, and if it had ended in that way, I would have been angry as well. Because when something you like so much says, ‘No,’ it’s like a break-up. And Game of Thrones broke up with millions of people all over the world, and they got upset.”

SEE ALSO: Game of Thrones prequel House of the Dragon targeting 2022 premiere, other spinoffs all on ice

Do you agree with Pilou Asbæk or were you left disappointed by the finale of Game of Thrones? Let us know in the comments below or tweet us @flickeringmyth…