The wait is finally over. Netflix’s much anticipated new original series Kipo and the Age of Wonderbeasts from DreamWorks Animation drops this week. If it’s anything like DreamWorks’ other hits Trollhunters, Voltron and She-Ra, then viewers are going to need to get comfortable for a five-hour binge session. The Kipo and the Age of the Wonderbeast synopsis reads: After spending her entire life living in an underground burrow, a young girl named Kipo (Karen Fukuhara) is thrust into an adventure on the surface of a fantastical post-apocalyptic Earth. She joins a ragtag group of survivors as they embark on a journey through a vibrant wonderland where everything trying to kill them is downright adorable. There is a large music element to the show, so we decided to speak with the show’s talented composer Daniel Rojas. Not only did Daniel compose the show, but he also created original songs for the project (Kipo loves playing her guitar). In the below Q&A, Daniel discusses everything from what he did to prepare for the job to his favorite character to score. The series’ Original Music Mixtape is now available on iTunes and Spotify. 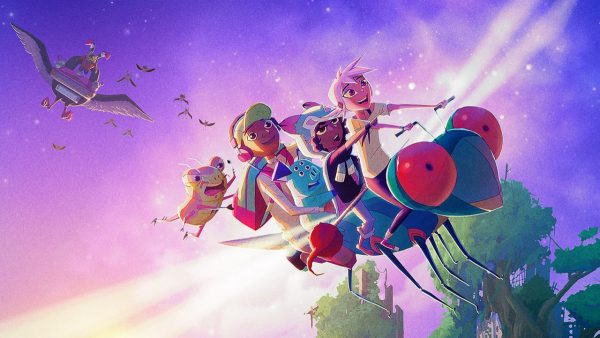 How did you first become involved with Kipo and the Age of the Wonderbeasts?

I didn’t have any connection to it at first, I pitched through my agency Kraft-Engel Management. They forwarded me a brief because they felt the project was a good fit for me, and I sent some demos for it. After that DreamWorks asked me to score a few “spec” scenes, which are demos done to picture. I did that, took a couple meetings with the creative team and a few weeks later I got a call from Alex Nickson – head of music at DreamWorks – telling me they wanted to work on this project with me. It was a day I will never forget!

What did you do to prepare for the job? What sort of direction were you given up front?

Since the beginning, the producers of the show and the music supervisors had this idea of creating a very pop-oriented score. That’s what was specified on the brief and also what was asked of me for the spec demos. They wanted me to write a number of original songs, and create a score that would blend seamlessly with the songs throughout the show. There wasn’t a lot of time to prepare… I basically had to jump in immediately after I heard I was selected.

We heard that you have been working on the show’s music for the last two years? Why so long?

Animation in general is a slow process. The on-screen songs need to be written before animation takes place because we need to record the actors’ voice-over so it can be used for sync reference. When I first jumped into the project in 2018 all they had was animatics – which are a slideshow of so-called storyboards. I wrote the songs to the animatics and then bounced that back to the animators before we started scoring to actual animation at the end of that year, which has kept going all the way until now. 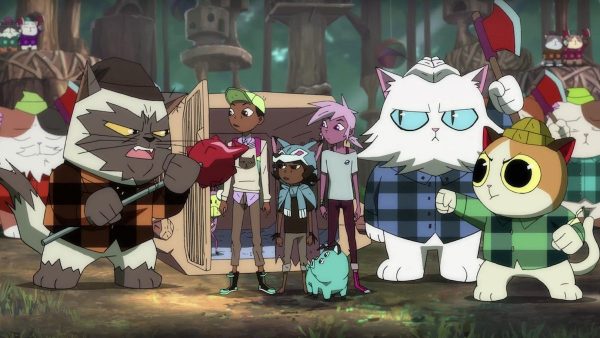 Not only did you score the show but you also created original songs for it. Can you tell us a little bit about the songs you created?

I’ve been writing and producing songs for nearly as long as I’ve been scoring, so when this opportunity came I was very excited. This show has a lot of different songs and genres that vary wildly so it really did push my boundaries a bit, which was great. Several of the songs were performed by cast members and based on the script. For those, I would get lyrical ideas from the screenwriters and my job was to adapt them into a song. The producers and music supervisors would give me suggestions on direction and sometimes references – and I would then send them a version or two. There was usually a bit of back-and-forth in order to get the songs right but the process was usually quite smooth. Some other songs were done afterwards, once we had the final animation. Those were often based on score cues or specific ideas that we had, and were also written to picture but not performed on-screen so I collaborated with other artists on those.

Kipo and the Age of the Wonderbeasts is animated. You have scored both live action and animated, which do you find to be more challenging?

They each have their challenges. In live action, scores tend to be subtle and work as a complement to everything that’s happening visually. There are moments where the music can shine, but in general the job is to stay out of the way and enhance what’s there – which can be challenging. In animation I feel like the music often has to do more because you don’t have the actors on screen, so you have to carry a big chunk of the emotion and help guide the dramatic turns. It allows you to shine a bit more and be less timid with your choices, which is nice for a composer. But in general animation has a lot more music, so it can be challenging to keep up with the schedule and not be repetitive. 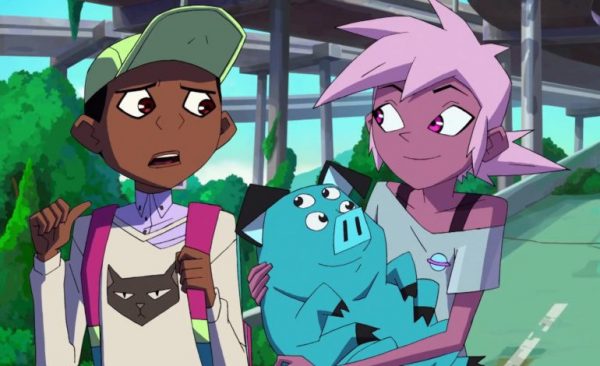 Did you create specific character themes for Kipo? If so, can you talk a little bit about those?

Yes, many. However, since the story moves so quickly and things jump from one place to another in a matter of seconds, I relied mostly on short motifs or memorable “stings” rather than classic themes. Most characters have their own sonic world and many of the clans have a track or beat that identifies them. One of the most present motifs in season 1 is for the villain, Scarlemagne. He’s mentioned for the first time on episode 2 but doesn’t appear until later in the season, so I introduced a short motif very early on that keeps building every time someone mentions him, and has a payoff with the full theme when we first meet the character. The motif then stays throughout the season and comes in and out of many other cues. It’s short and easy to remember so I think is one that’s hard to miss. Kipo’s best friend Wolf also has a recognizable theme and a tribal drum pattern that works as a “sting”. Every time you hear it, it should feel like we’re in Wolf’s world. And then there’s all the clans, and they each have their own theme that’s usually some sort of hip-hop or trap remix of what you’d normally expect from characters like that. One of my favorites is the Newton Wolves theme, which has a chord played by French horns that I added as an homage to Prokofiev’s “Peter and The Wolf” (the Wolf is portrayed by French horns in that piece) – but the track is still modern trap.

Did you have a favorite character to score for?

I like Wolf a lot. It’s just fun tribal percussion and modern synths.

Kipo and the Age of the Wonderbeasts is DreamWork’s first original animated series solely for Netflix. Did the creatives at Netflix also give you notes on the show’s score or was it just DreamWorks?

Not really, I worked mostly with DreamWorks on the creative side. Netflix was involved throughout but I think they like to let DreamWorks do their thing, so to say. 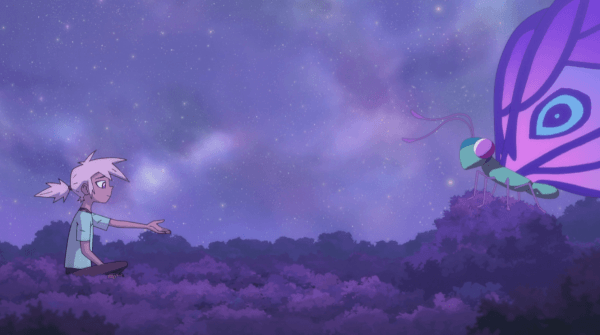 I would love to score a big “realistic sci-fi” like Gravity or Inception one day. Or a major animated film where I can write the songs and score again, but on a theatrical level. That would be a dream!

Many thanks to Daniel Rojas for taking the time for this interview.