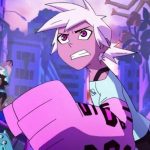 Netflix has released a poster and trailer for the second season of the DreamWorks Animation series Kipo and the Age of Wonderbeasts, which arrives on the streaming service this June; check them out below… After spending her entire life living in an underground burrow, a young girl named Kipo is thrust into an adventure on […] 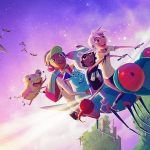 The wait is finally over. Netflix’s much anticipated new original series Kipo and the Age of Wonderbeasts from DreamWorks Animation drops this week. If it’s anything like DreamWorks’ other hits Trollhunters, Voltron and She-Ra, then viewers are going to need to get comfortable for a five-hour binge session. The Kipo and the Age of the Wonderbeast synopsis […]