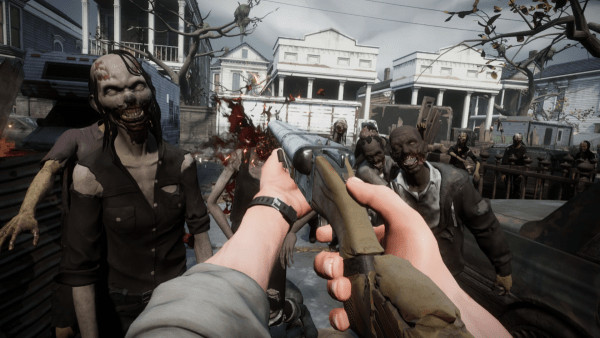 Skydance’s second foray into the VR gaming realm, following 2017’s Archangel, is a collaboration with Skybound Entertainment, the company co-founded by the creator of The Walking Dead comics himself, Robert Kirkman.

You can read my glowing review of Saints & Sinners itself here. For anyone craving a full-fat, AAA VR zombie experience, it’s arguably the strongest effort to emerge since the brilliant Resident Evil 7 three years ago.

But to shed some more light on the game’s development and the challenges associated with adapting a name property to VR, I spoke with Skydance Interactive’s Creative Director, Adam Grantham.

Saints and Sinners brings The Walking Dead to New Orleans for the first time. How did you decide upon this setting for the game?

The Walking Dead has its roots in the American South, and we wanted to stay true to that, but at the same time pick a setting that could be our own for The Walking Dead: Saints and Sinners. We were excited about doing a city, because cities are usually no-go areas in TWD. But we imagined that if New Orleans had been flooded and the levees had collapsed, it could transform into this archipelago, then you could have an inhabitable city.

The walker masses would be separated by water and more manageable, allowing people to find temporary refuge in relatively safe islands. Most of all, we were excited about having the game set in one of the most iconic cities in the world and saw it as an opportunity to give our own unique flare to TWD universe and create something that is true to its original spirit, but stands apart as an almost surreal experience. 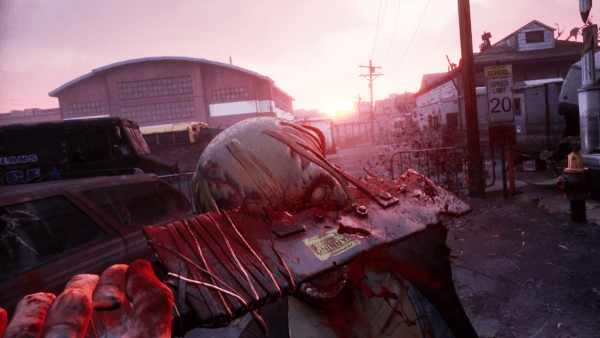 How much freedom did you have to create your own original game within the existing Walking Dead universe? Were there any specific restrictions placed upon the team?

We had a lot of freedom working with Skybound on our world, story, and gameplay. The Walking Dead: Saints and Sinners follows all the rules of TWD, like braining being required, everyone turns, no walker animals, all the basic canon for the IP. But beyond that we were free to develop our own factions, characters, and conflicts.

Gameplay was completely free for us to explore and we took a lot of inspiration from the themes of the comic and show. The heart and soul of TWD definitely reverberates throughout the game, but we also brought our own unique twist that we hope gives long term fans something new to get excited about.

The game’s opening skiff sequence reminded me a lot of Half-Life’s iconic tram prologue. I’m curious what your influences were when conceiving Saints and Sinners, in particular its cinematic style?

We pulled from a wide variety of references in developing The Walking Dead: Saints and Sinners, from so many that it’s difficult to isolate the impact of any individual element. We looked at some of our favorite RPGs with player choices that influence the story.

We looked at classic noir mysteries to get the unsettling surreal vibe we wanted for our version of NOLA. We looked at classic examples of in-game storytelling where player’s retain full control (being a VR game, this was essential for us). We looked at games with strong survival mechanics, where the systems themselves told a story of desperation through gameplay. We pulled all of this together and more and kept refining until it all started to gel and became the game we have now. 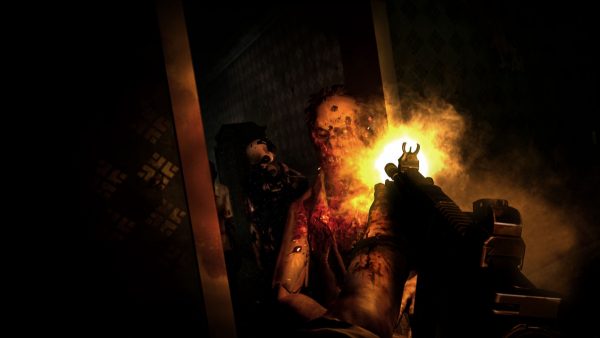 With there being so many VR zombie games on the market these days, how did you go about making the game stand out from the pack?

We believe The Walking Dead: Saints and Sinners offers more than what people might be used to from the standard VR zombie game. We’ve leaned heavily into the narrative and human elements that make TWD as popular as it is. We’ve also developed what we believe to be some of the best VR melee combat to-date, along with state of the art gunplay.

The game also has a large world to explore with many different sandbox levels that the player can visit as they see fit. All of that combined with the survival, crafting, and progression mechanics makes The Walking Dead: Saints and Sinners really stand out. We believe we’re delivering one of the most fully-realized VR games available. This is definitely not your standard VR zombie shooter. This is something much more.

What were the biggest challenges you faced during development?

There are a lot of new challenges to solve and fundamentals to invent from the ground up when working in VR. With traditional flatscreen games you have decades of iteration to pull from and build upon for the basics of object and environment interaction, melee and ranged combat, even basic UI and UX. A lot of that has to be reinvented for VR, and it’s still early days. So there’s a lot of upfront invention there.

Also, when working with TWD IP, it can be difficult to put your finger on what makes it so special, which means it can be hard to replicate. There’s something intangible about it that makes you connect with the characters and conflicts and it took a lot of creative exploration to capture that and bring it to bear in an action survival game. We wanted to make sure that fans felt the heart and soul of TWD when they played the game, and we believe they will. 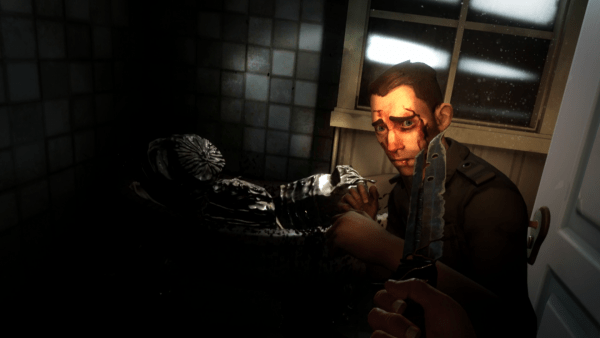 Have there been talks yet about DLC, or better yet, a sequel?

We have not made any announcements on that.