Digital Cybercherries’ toy themed action game, Hypercharge: Unboxed, is now available for pre-purchase on the Nintendo eShop.  Although not set for release until 31st January, those who purchase the game now will receive a 10% discount. 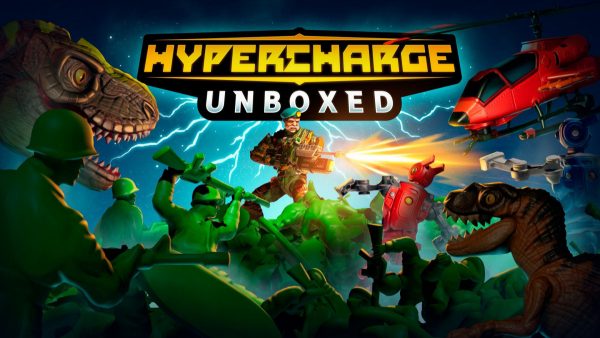 Hypercharge: Unboxed is a FPS (with wave based tower defense mechanics) that tells the story of soldier toy, Sgt. Max Ammo, and his mission to defend the Hyper-Core.  Players are tasked with ensuring the sarge fulfills his mission and prevent the Core from being destroyed or face being forgotten forever by his human friends.

Players will be able to take on the mission in single player or join up to 3 other friends in online and also, thanks to 4 player split screen, local co-op mode.  Those who want to take on more than AI opponents can take on other players in order to reach the top of the leaderboard.

Hypercharge: Unboxed is available now for pre-purchase, and the game will release on 31st January