Marvel’s Man-Thing gets weaponized this Wednesday with the release of the one-shot comic Weapon Plus: World War IV #1; check out a preview of the issue here… 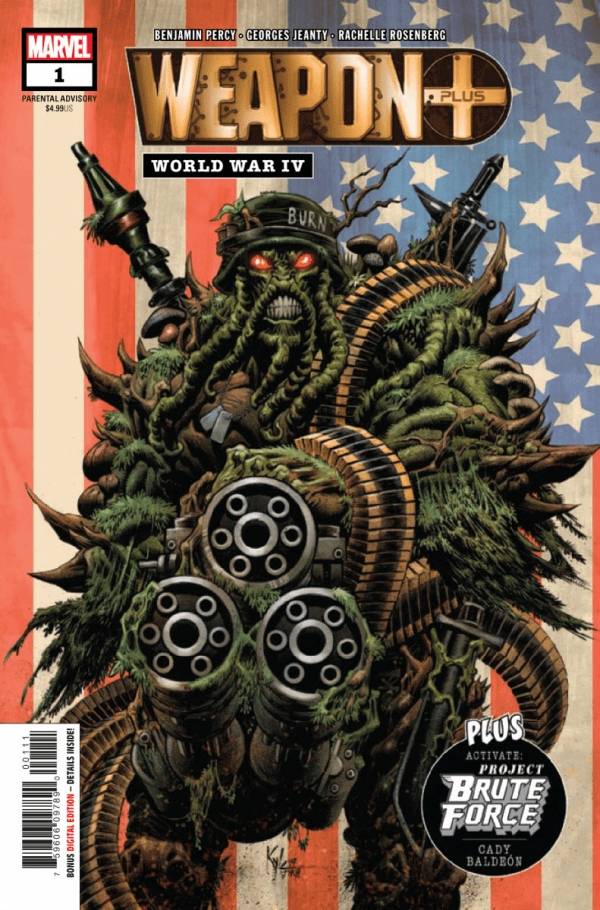 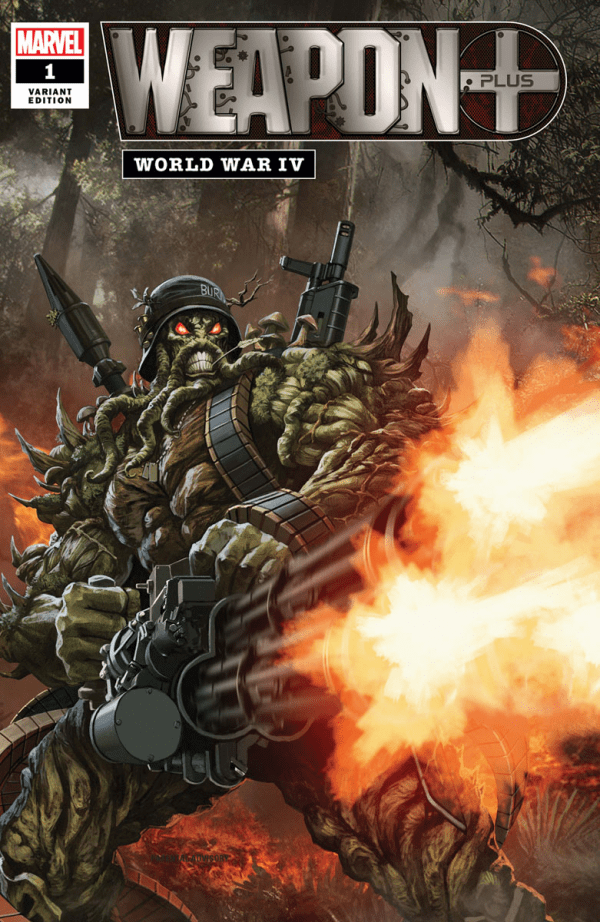 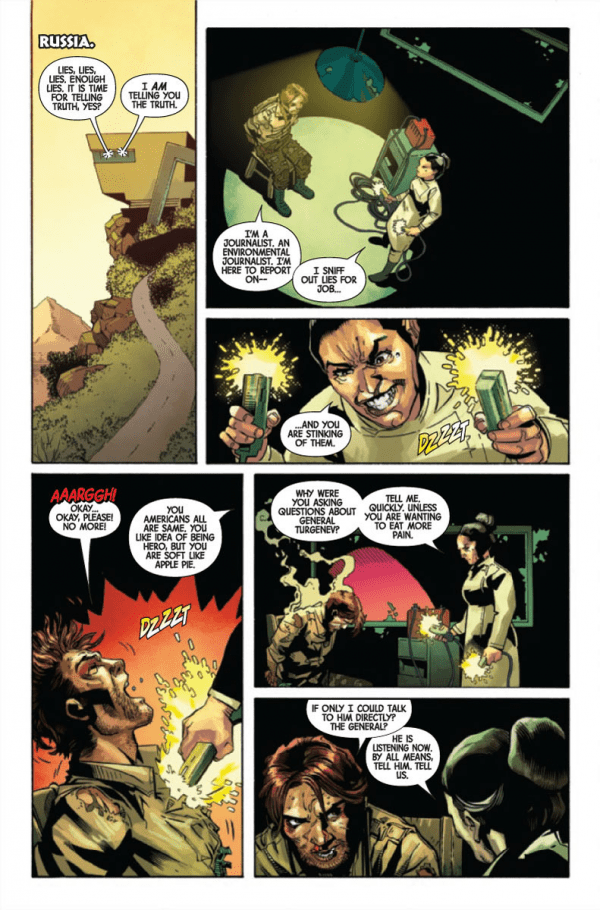 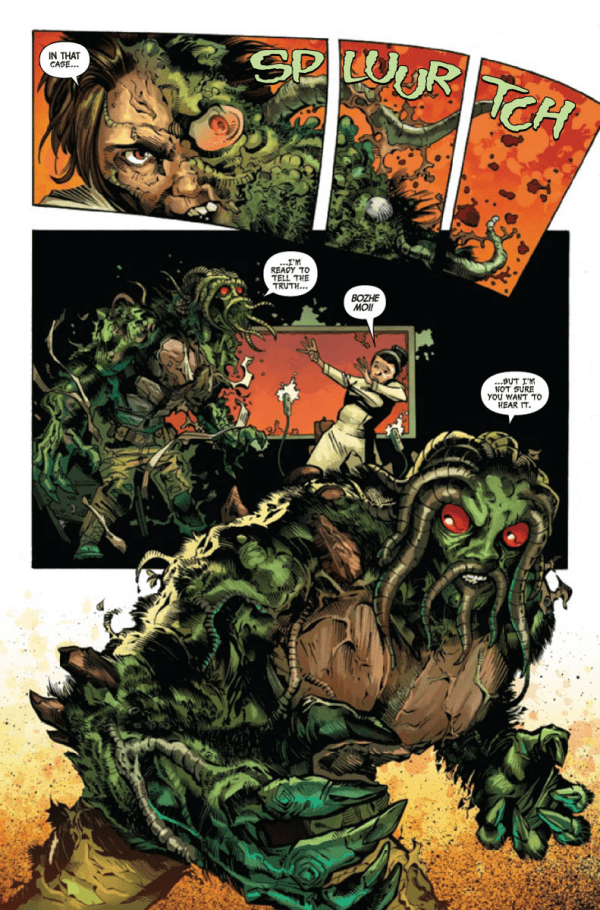 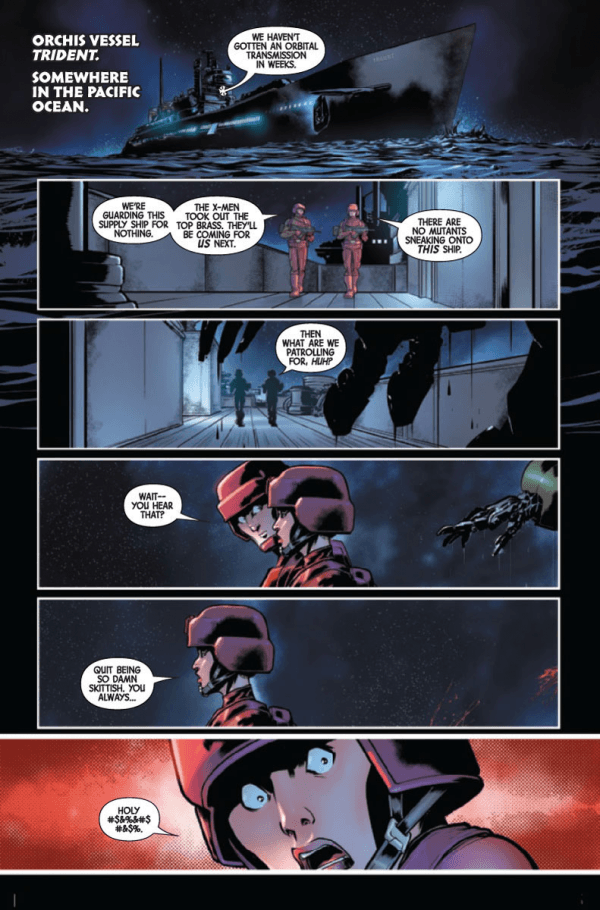 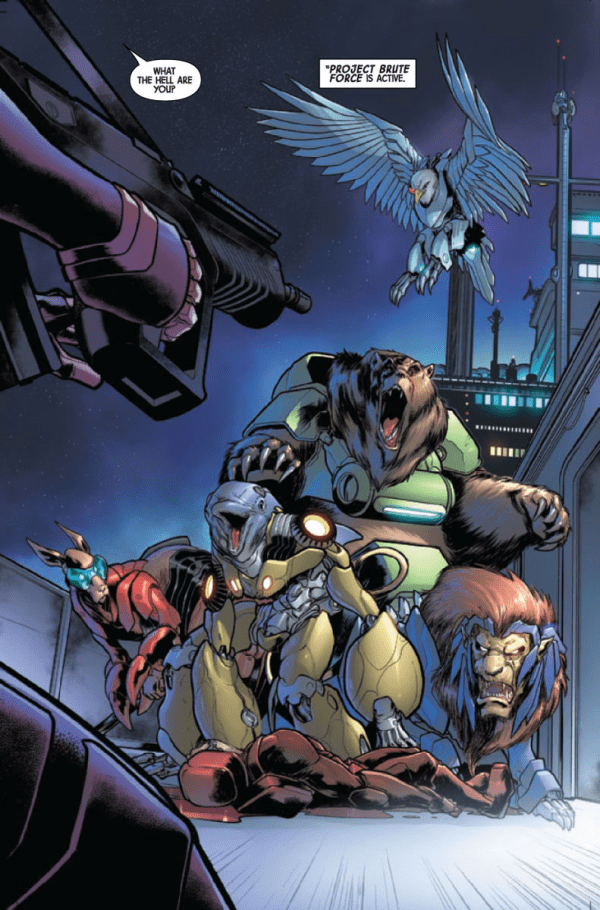 WHATEVER KNOWS FEAR! Biochemist Ted Sallis was developing a serum for military application, but was tragically killed in a freak accident before he could perfect it. Still, the data behind his formula remains property of the United States government and the Weapon IV Program to this day–Mutants aren’t the only ones to have weaponized flora!