Mezco Toys and Diamond Comic Distributors have revealed the PREVIEWS Exclusive stealth suit Spider-Man action figure from the 2019 Marvel superhero sequel Spider-Man: Far From Home which goes on sale this July, priced at $58; check out the promotional images here… From Mezco Toys. A PREVIEWS Exclusive! As seen in the movie, Spider-Man: Far From Home, Peter Parker returns for a summer trip to Europe, but trouble follows with a series of attacks that are creating havoc across the continent! This exclusive figure features a detailed masked head sculpt that features removable eye pieces, along with an alternate head based on the likeness of actor Tom Holland, so fans can recreate all their favorite scenes. Also included are: eight interchangeable hands, web mask, and a variety of spider-web shooting effect parts including a poseable webline! Each PREVIEWS Exclusive One:12 Collective Spider-Man: Far From Home Stealth Suit figure comes with a display base and adjustable posing post, and comes packaged in a deluxe, collector friendly box. 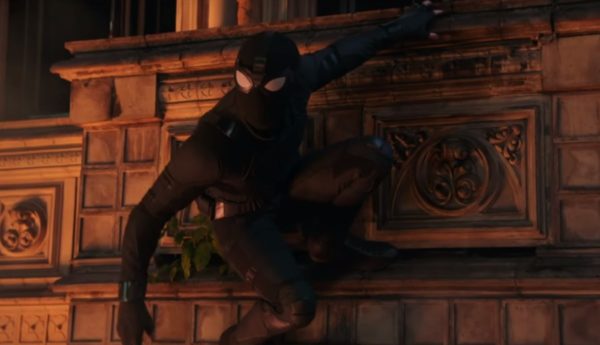