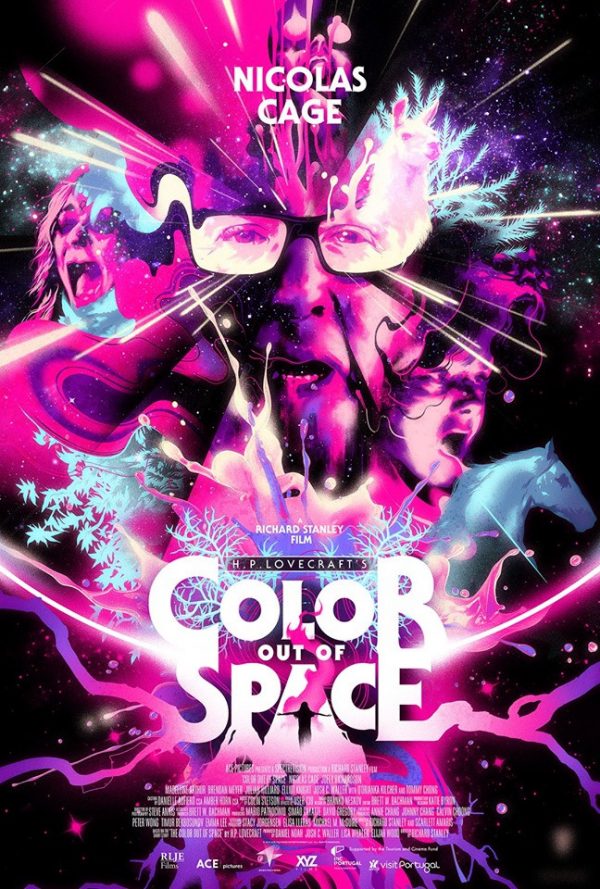 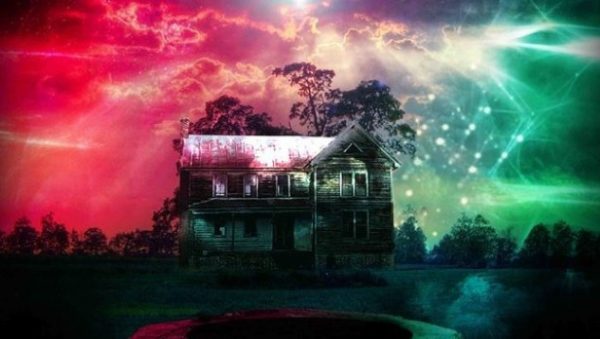 Some stories are seemingly impossible to translate from one entertainment medium to another, but that’s no reason not to occasionally try, even if the movie in question happens to be about an indescribable color that takes the form of aliens. Color Out of Space marks writer and director Richard Stanley’s return to filmmaking after 25 years, here adapting the short story from legendary weirdo H.P. Lovecraft, seemingly unfazed on just how to put to screen a color that does not exist.

It’s challenging material to adapt, but the approach to simply go with pinkish hues is fine enough of a substitute, even if it’s hard to get out of your mind that technically you are looking at a color that is very real. Still, one can make the case that Color Out of Space was always meant to be read and not absorbed visually, although those visuals are indeed face melting. The longer the movie goes on, the characters lose their grip on reality and time, all as the Technicolor color palette goes from aesthetically pleasing to look at to overwhelming visually and thematically, functioning as an extension of madness and insanity. To say that I have no idea what the hell I just watched would be an understatement, but I know I saw some shit and that I loved every second of the third act, which puts to good use incredible makeup effects (creatures that would not only do Lovecraft proud but bring to mind some truly disturbing sites such as Zelda from the original Pet Semetary and the symbolic nightmarish imagery from the Silent Hill games) and monster design for a grotesque climax. 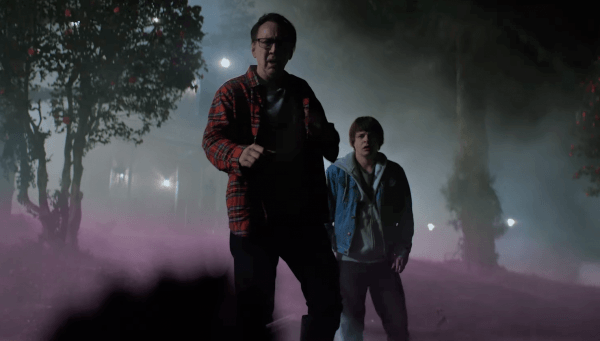 It all starts with a meteorite crash landing into Nathan Gardner’s front lawn. As played by Nicolas Cage, Nathan is an oddball himself as a loving family man trying to make a living farming and raising alpacas, but not without the usual over-the-top idiosyncrasies (fits of rage, over-the-top mannerisms, and silly arguments). On one hand, there is some fun to be found in the hilarity of watching Nicolas Cage slamdunk some badly tasting fruit into a trashcan (one of the side effects of this meteorite, aside from making everyone go insane, is accelerated growth of produce), but there’s also the feeling that he’s going too far in the comical direction and throwing the tone out of whack for a movie that is legitimately unsettling and terrifying.

Elsewhere, the rest of the family members are not as particularly intriguing as they should be. That’s also a shame considering one of the first scenes showcases teenage daughter Lavinia (Madeleine Arthur) enacting a Wiccan ritual to assist healing her recovering mother Theresa (Joely Richardson) from breast cancer. Naturally, the entire running time one begins to wonder if and how the magic will connect to the cosmic horror, but it’s more just an exaggerated character trait that clumsily doesn’t have much to do with anything. Aside from Nicolas Cage acting a damn fool once in a while, the rest of this family is blue-collar and lived-in; their teenage son Benny (Brendan Meyer) copes with moving to the middle of nowhere by smoking pot, Theresa works with clients from home, the youngest child is your standard young boy, and the parents are expanded on with a dynamic of them fearing to become similar to their own parents. That is also something that the Lovecraftian imagery touches on. Meanwhile, sequences of Lavinia cutting herself around the neck performing other rituals when all control of the situation is lost feels miscalculated. It’s like Richard Stanley threw in a Wiccan character without asking why or how it can better serve the narrative at large.

Shoddy characterization aside, the actors do all have great chemistry together, especially once spooky events start transpiring. There is a great scene where Theresa is chopping up vegetables, and without spoiling what happens, it should get almost anyone good. The middle stretch somewhat overdoes aliens distorting technology (everything from radios to TVs to computers are affected), so it’s refreshing that the third act comes along when it does to obliterate the mind. Nicolas Cage himself is outstanding when the material is calling for him to be serious and express emotions such as pain and suffering alongside his waning sanity.

There’s also a hydrologist named Ward (Elliott Knight) conveniently scanning the area and testing the waters, who is also supposed to be the audience surrogate to observing the effects on the family. He also gets to deliver some opening and closing narration, but in general, he’s another element that the movie probably doesn’t need as much as it might think it does. Color Out of Space is at its best when it’s building on its dread and further plunging viewers into indecipherable cosmic terror. A slow build is fine, but there is a desire for more of that freakiness rather than characters stumbling upon garbled electronics for the third time. There are no greater character plans at play here, so just get on with eviscerating the senses.