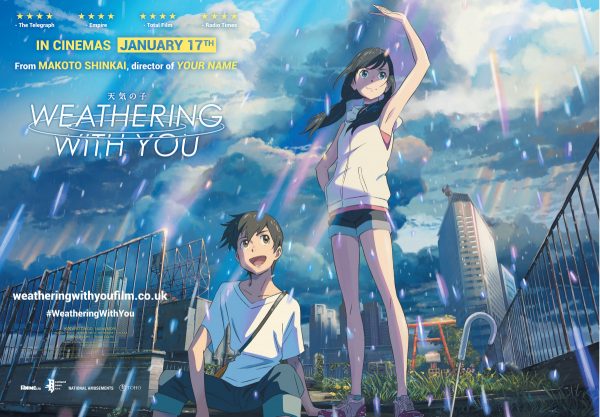 A teenager runs away from home and befriends a young woman who has the ability to control the weather. 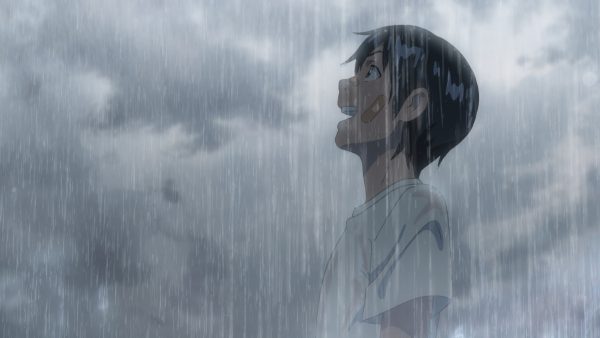 Makoto Shinkai made one of the best animated movies of the decade with 2016’s Your Name – a bold, ambitious body swap comedy turned heartbreaking romance, soundtracked by pulsating J-Pop. He’s back at the crease for the equally ambitious Weathering With You, which aims to hit another emotional right hook on its audience. He might not have quite matched the power of his previous film, but this is another home run from Shinkai – an eco-fable with a powerful message about the responsibility the world is placing upon the young.

Hodaka (Kotaro Daigo) runs away from home to move to the “scary” big city of Tokyo, meeting Suga (Shun Oguri) when a dramatic rainstorm hits the ferry upon which they are both travelling. Suga gives him a job at his small publishing house, tasking him with investigating urban legends about supposed “sunshine girls” who can change the weather at will. He later bumps into another runaway youth, Hina (Nana Mori), and finds out that she is a true weather maiden, leading to them starting a business together, utilising her abilities to make people happy. The effort of using her powers, however, begins to take a physical toll on Hina.

Just like Your Name, this is a soaring, poetic journey with a potent emotional heart, conveyed through magical animation. It lacks the sheer force of conviction of that film, but replaces it with an interesting vein of environmentalist thinking. Shinkai’s movie considers the notion that the protection of the planet – Hina serves as a stand-in for Mother Earth herself – is effectively being outsourced to the young, while the adults simply comment half-heartedly on how the weather isn’t what it used to be. 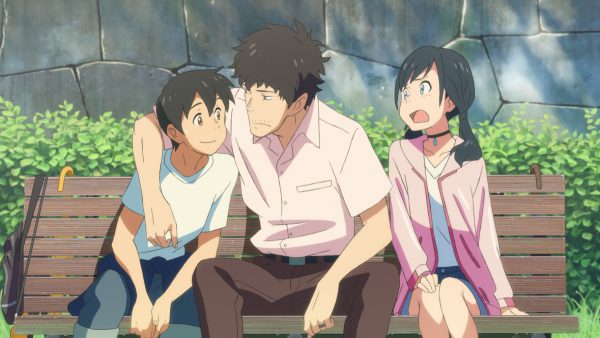 Daigo and Mori are entirely believable as the central romantic figures, while there’s also an impressive role for Sakura Kiryu as Hina’s younger brother – a precocious kid as smart, snarky and compelling as Chloe Grace Moretz in (500) Days of Summer. These are characters who palpably feel pressure to improve the world, battling against the constant presence of adult authority figures convinced they know better, despite all of the evidence to the contrary.

Shinkai’s film is at its strongest, though, when it settles into a similar groove to Your Name. The occasional blast of J-Pop hints at the greatness of that film’s music and several of the more visually ambitious scenes could almost be pulled straight from the director’s previous, superior work. However, as soon as Shinkai turns up the dial on the emotional impact – via a particularly impressive race against time sequence that builds to an exquisite crescendo – the waterworks start to flow as torrentially as the thunder-clouds above Tokyo.

This lets loose a wildly unexpected third act which is willing to grapple with the big questions while dealing with raw, youthful emotions and the fantastical impact of its premise. Shinkai is a filmmaker who thrives at the intersection between fantasy and humanity, stunning the audience with dazzling imagery while dealing hammer blows with the most universal of romantic highs and lows. 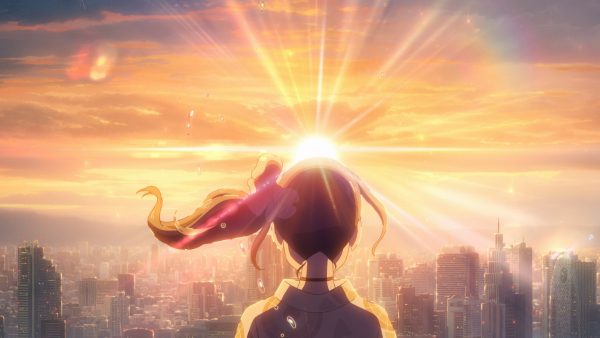 Weathering With You, like its predecessor, teems with visual ambition and effervescent animation. It thrums with the magic running through its bloodstream, contrasted with the bracing reality of its socially conscious thesis. Unfortunately, despite its impressive moments, it’s doomed to sit slightly in the shadow of the film that came before it. But with a message that lands hard in the era of Greta Thunberg and mass school walkouts, this is another essential slice of thumping, bittersweet genius from one of Japan’s great modern anime auteurs.