Get ready to fight for your honour as a samurai against the unspeakable horrors of the Great Old One, Cthulhu, as Cyber Rhino Studios’ fast paced action game Musashi vs Cthulhu arrives on Steam Early Access.  Check out the new Early Access trailer below to see our hero take on the horrifying minions of this otherworldly entity. 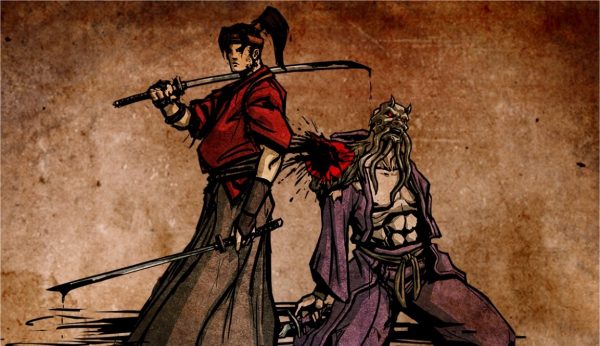 In Musashi vs Cthulhu,  players take control of the most famous warrior from feudal Japan, the titular Musashi.  Having been placed under a powerful curse that makes him a target for all the unspeakable monsters of Cthulhu, Musashi must attack endless waves of monstrosities until there’s no one standing.  Enemies come on to the screen from both sides and will each have their own individual weak spot that will need to be struck in order to be defeated, hitting them anywhere other than this pustulous red bulge will do nothing but reduce Musashi’s chance of survival.

Musashi vs Cthulhu is available now on Steam Early Access for a bargain price of £2.99.