With some official images reportedly shown off at a merchandising show in France, the official logo for director Denis Villeneuve’s (Arrival, Blade Runner 2049) hotly anticipated big screen adaptation of the classic Frank Herbert sci-fi epic Dune has leaked online. It’s disappearing just as quickly, with copyright claims hitting social media left, right and centre, but (for the time being) you can check it out below courtesy of Comic Book…

SEE ALSO: Denis Villeneuve’s Dune will be “shocking” and “very visceral”, according to Oscar Isaac 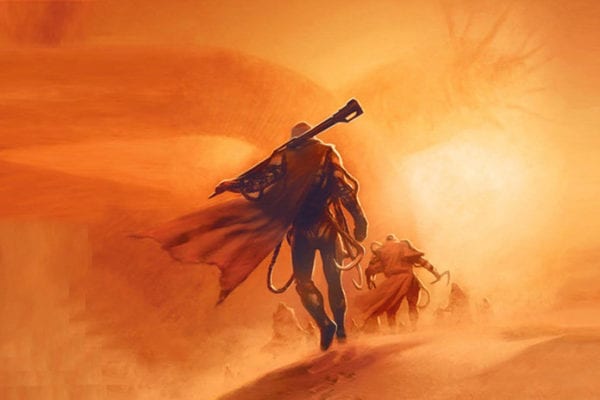