Graeme Robertson on why Mystic River should have won Best Picture over The Lord of the Rings: The Return of the King… 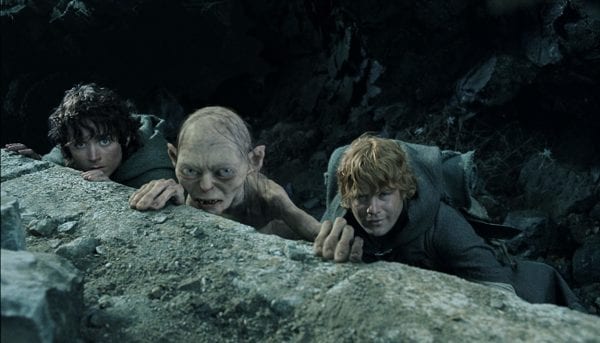 The Oscars celebrating the best of 2003 was one of those classic nights where one film ruled them all. Winning an incredible 11 Oscars (the third and, to date, last film to do so), the top prize and damn near everything else went to Peter Jackson’s The Lord of the Rings: The Return of the King, the epic finale to what is undoubtedly one of the greatest cinematic trilogies of all time.

So, let’s piss some people off by suggesting that Jackson’s epic trilogy closer didn’t deserve the top prize (The Fellowship of the Ring is a better film in opinion) and that it should have gone to something a tad more low key.

Instead of an epic trek through Middle-earth, I think the Oscar for Best Picture of 2003 should have gone to Clint Eastwood’s haunting drama Mystic River, a film that, while lacking the epic scope of King, more than makes up for it in emotional impact and dramatic heft.

In Boston, a trio of once close childhood friends, long since drifted apart on different paths, are reunited when the daughter of one of them is found brutally murdered with all signs point to another of them being the culprit.

From a disturbing opening sequence that deals with sexual abuse of children and on to a story of a grisly murder and criminal life, Mystic River is very much a film that tackles the darker side of life and is a story awash in traumatic heavy themes. Yet, in the hands of Clint Eastwood and thanks to his careful and restrained direction, this upsetting and dark story is rendered consistently engrossing and fascinating to watch despite its sometimes disturbing moments.

The film is also cleverly structured in a fashion that allows the film to work on several levels. On the surface, the film plays out like a classic murder mystery with the film following the police as they (like the viewer) attempt to piece together the various clues to determine who killed the daughter of Jimmy (Sean Penn). Underneath this police procedural element, however, is a deeper character study as we see the impact that this murder has on the characters, how it changes them, how it relates to their own tragic pasts and how it will ultimately change all of their lives forever. 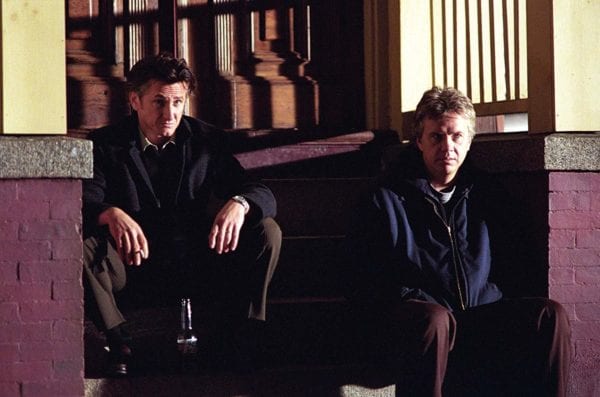 The film keeps you in suspense and tricks you throughout as to who the culprit might be with an early and obvious suspect pegged as the killer quite early on. Yet when the pay off comes and the killer is finally confronted with his crimes, it’s not a triumphant “Gotcha” moment. Instead, the moment is rather bleak and sombre, with it feeling less like justice has been done and more like just the town has gained the latest in a tragically long history of secrets.

While the dark nature of the film might not be to everyone’s tastes, what can’t be denied is the sheer quality of acting on display, with the film boasting a star-studded cast giving some of their finest performances.

Leading the charge is an Oscar-winning Sean Penn who gives a powerful and emotional performance as Jimmy, the grief-stricken father who swears bloody vengeance against his daughter’s killers. Penn manages to capture the balancing act between broken grieving father, his howls of anguish cutting through you like a knife, and that of a menacing thug seeks to dish out own brand of justice, his barely constrained rage evident on his face and in his tense body. 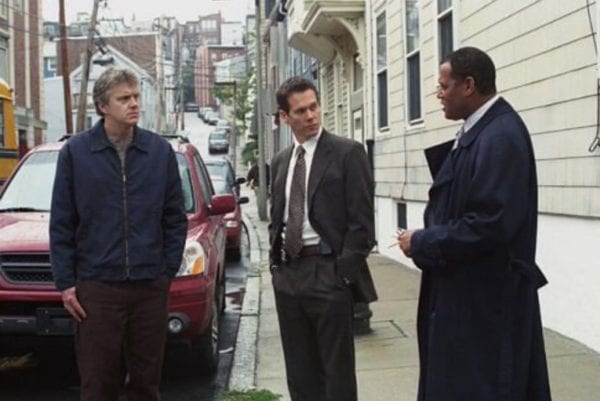 Yet, Penn’s best moments are when he switches off the rage and plays things quiet, with a tearful monologue about his initial fear of fatherhood and his early time bringing up his daughter being a beautiful and genuinely moving moment to behold. It’s a fantastic performance from the actor and it easily ranks as one of his finest. Now, so long as he doesn’t write any more terrible novels and sticks to just acting we’ll all be good.

Almost stealing the film is Tim Robbins (who also won an Oscar for his work) in a truly haunting performance as Dave, a man destroyed by a childhood trauma that has left him as an empty shell of a man. Robbins plays his role with great understatement with his soft voice and rather dishevelled body language letting you know that this is a who is haunted. Yet, Robbins also manages to add layers of depth to the role with the character managing to veer between sinister and chilling yet also tragic and sympathetic within the same scene. Again, it’s another performance that easily ranks as one of Robbin’s best and, dare I say it, it blows his performance from Shawshank out of the water. 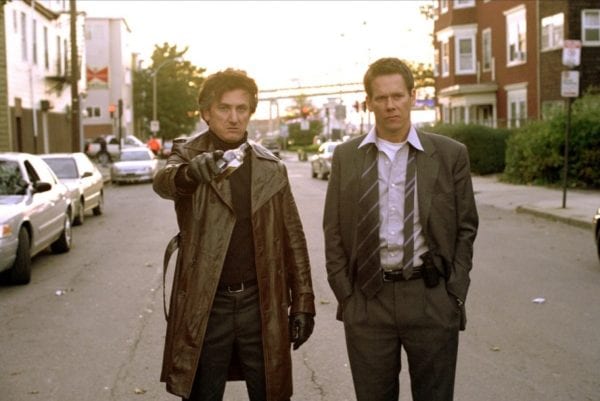 While Robbins and Penn dominate the film with their Oscar-winning work, it would be unfair to ignore the fine supporting cast. We have great turns from the ever-reliable human centre of the universe that is Kevin Bacon as the detective cop charged with solving the murder despite having to contend with personal problems and Laurence Fishburne as Bacon’s partner whose banter often gives some much-needed relief in the midst of the darkness and drama. The stand out among the supporting cast is Marcia Gay Harden (who received an Oscar nomination) as Dave’s wife Celeste, with the actress managing to portray the growing sense of fear and dread towards him with wonderful subtlety and authenticity.

With a dark and haunting story that, thanks to the masterful direction, never lets the mystery element drown out the characters who are beautifully brought to life by a talented cast at the peak of their powers, Mystic River is yet another masterpiece from Clint Eastwood that easily ranks as one his best in his vast and varied career and it’s my pick for the Best Picture of 2003.