With the devastating bushfires blazing their way across Australia and causing untold damage to the countries precious wildlife, indie developer Onion Soup Interactive will donate all profits for one week (7th – 14th January) from the Steam sales of their ragdoll party multiplayer racer Nippon Marathon. 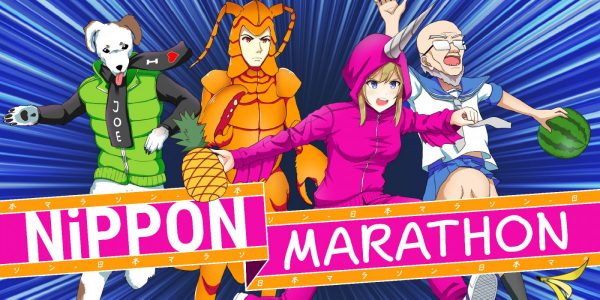 Onion Soup’s generous donation will help provide vital support for the wildlife charities and responders that are venturing into dangerous territory to help save the lives of the many creatures that are so valuable to Australia’s ecosystem.  Profits raised will be donated to the NSW Wildlife Information Rescue and Education Service which is a charity that “actively rehabilitate and preserve Australian wildlife and inspire others to do the same.”

“It’s sad to see what’s happening in Australia. It’s sad to see homes destroyed, livelihoods ruined and animals dying from the fires.” says Amy Madin. “We must protect the wildlife, with fires destroying lands the size of Scotland, they cannot survive without our help.”

Nippon Marathon is a ragdoll party multiplayer racer across Japan.  Players will be able to hurdle barrels, dive out of the paths of bikes, dash across planks and throw fruit at opponents.  Climb the ranks from Rookie Runner to Marathon Master and beat a bizarre cast of racers to the finishing line.

If you want to donate to this worthy cause and get a great game into the bargain then visit the game’s Steam page here, alternatively if you already have the game and want to donate you can do so here.