A whole new year is being celebrated in Attack on Titan as DeNA Co. and Crunchyroll Games have included various in-game events and special in-game rewards to players of Attack on Titan TACTICS on Android and iOS.  Be quick though as these are only available for a limited time. 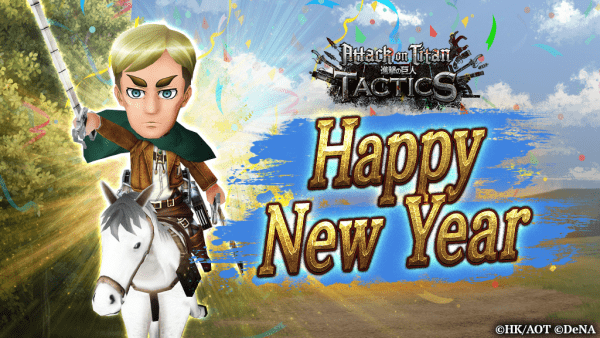 Players who log into Attack on Titan TACTICS before 8th January 6:59 AM PT will have the chance to gain important items such as Crystals, Large Experience Gems, and Skip Tickets.  For those who log in before 10th January, there will also be the opportunity to take part in some special missions to take down Titans and earn up to 100 Crystals, 6 Rainbow Awakening Stones, and Proficiency Enhancement Materials.

Until 9th January, players will have the opportunity to see Eren Jaeger and Levi in traditional Japanese outfits thanks to the Happy New Year Gacha.  Eren will sport the Horseback Archer outfit while Levi will be wearing the Master of the Blade kit. 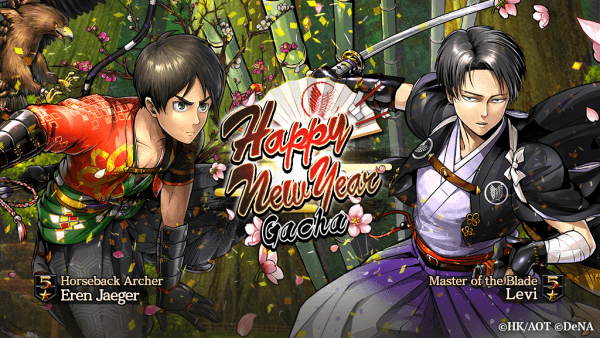 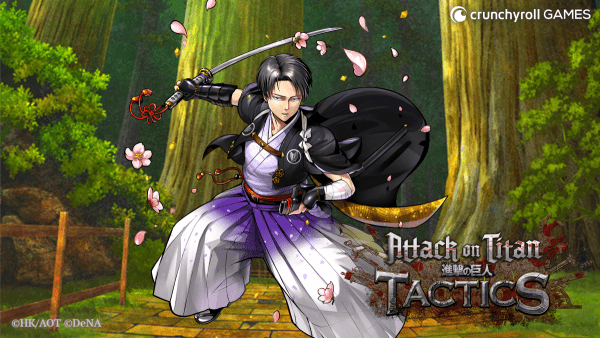 Every player logging in to the game before 17th January will receive a ticket that will guarantee them one 5-star rarity unit.  There’s also a chance to re-visit seasonal in-game events from the past year and another chance to recruit some of the units featured in these events, including Bertholdt Hoover in Midnight Messenger outfit and Eren Jaeger in Underwater Construction Team outfit. 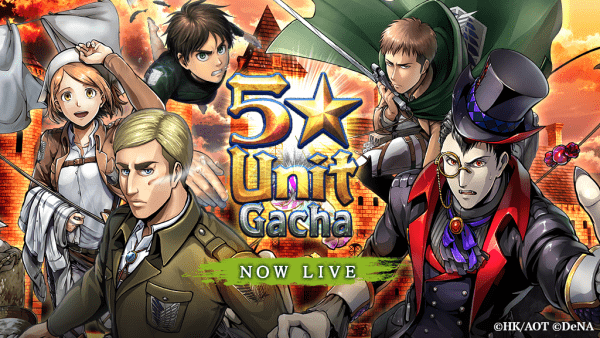 Make sure to welcome in 2020 with a visit to Attack on Titan TACTICS.