There are two phases in Star Trek: The Next Generation: Pre-Borg and Post-Borg, where everything changed.

If ‘The Measure of a Man‘ helped Star Trek fans take The Next Generation more seriously, the third season finale/fourth season premiere ‘The Best of Both Worlds’ irrevocably changed the series. The two-parter didn’t just affect Captain Jean-Luc Picard, but nearly all Star Trek media going forward from Deep Space Nine, Voyager and even the feature films. Like Star Trek II: The Wrath of Khan, ‘Best of Both Worlds’ is a seminal moment for the Star Trek franchise. 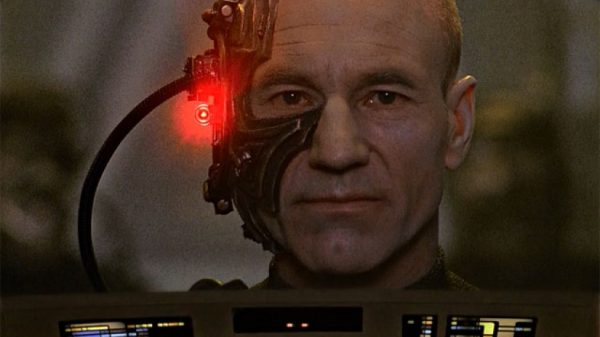 After teasing the Borg in the first season and a brief encounter with them in the second, the Borg made their full debut as they began an invasion into Federation territory. As the Enterprise tries finding a way to stop them, the Borg capture Picard and assimilate him into their collective hive mind with the intent of using him as their voice for humanity. With little to no hope the Enterprise can stop the Borg from reaching Earth, they face the prospect of losing Picard to the Borg forever.

‘Best of Both Worlds’ pulls quite a swerve on viewers as the first part begins with several characters, including Picard, wondering why Riker is still a first officer on the Enterprise instead of captaining his own starship now. The majority of the episode feels like it is a Riker-centric one as he debates leaving the Enterprise and has to deal with another officer hoping for his current spot on the Enterprise and while it is a Riker episode to some extent, the bait-and-switch with Picard helps blindside the audience as to how serious this finale really is. 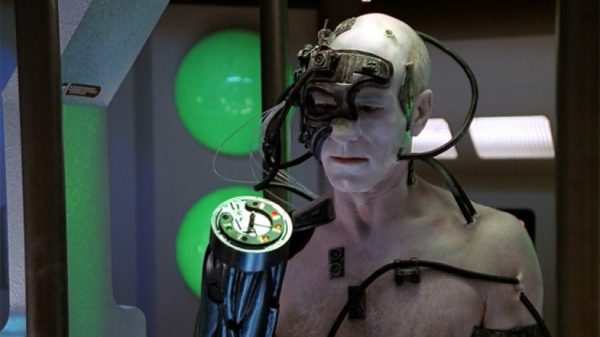 Picard’s assimilation into Locutus of Borg is a huge event for the Enterprise captain and only heightens the danger of the Federation’s new enemy, especially given the speed in which they changed him. Even before his assimilation, there is a focus on Picard as he wonders with Guinan whether or not they can defeat the Borg and if the Federation, much like the Roman Empire or other cultures before them, faces its extinction on the precipice of a major battle. Once he does become Locutus and utters one of the most infamous phrases in Star Trek – “Resistance is futile” – Picard’s life becomes one of the main objectives for the Enterprise crew.

For such a faceless and incorporeal enemy like the Borg, the fact that their main face is Picard is so jarring. ‘Best of Both Worlds’ does a great job highlighting how effective their assimilation is as Locutus displays none of the warmth or charisma of Picard, yet uses his memories and the crew’s familiarity with their captain to offset them, such as with Locutus referring to Riker as ‘Number One’. The few hints that we got from Picard’s time with the Borg, like his solitary tear as he was further upgraded or the haunted look he gave to the vastness of space, knowing the Borg was still out there, spoke to the harrowing experience this was for him. 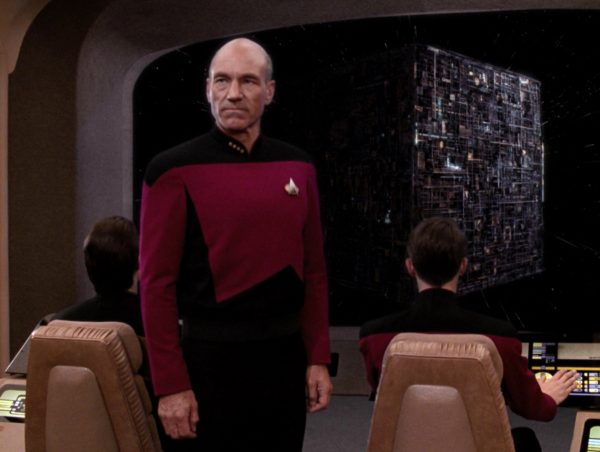 ‘Best of Both Worlds’ was a game-changer not just for TNG, but for Star Trek as a whole. Firstly, it was the first time a Star Trek series ended a season with a massive cliffhanger, one fans and media all over the world raged about during the summer of 1990 as they reflected on Picard’s assimilation and Riker’s final orders to fire on the Borg cube. Season finale cliffhangers would become a hallmark of TNG, but also for most Star Trek series that followed. Secondly, this episode had huge ramifications for the franchise as Benjamin Sisko, the commanding officer of Deep Space Nine, took part in the battle against the Borg cube and lost his wife there, a fact he holds against Picard in their first meeting in the DS9 premiere. Star Trek: Voyager would later introduce Seven of Nine, a human assimilated by the Borg who they rescued and became an integral part of their crew (and is also due to return in Picard with Jeri Ryan reprising the role). Suffice it to say ‘Best of Both Worlds’ is responsible for several important aspects to the Star Trek canon.

Everyone in the cast is at the top of their game for these momentous episodes. Not only does Patrick Stewart give a chilling performance as Locutus and a brief look at Picard’s trauma, but Jonathan Frakes does a great job conveying the burden of leadership Riker feels as he is forced to take command of the Enterprise and make many tough choices. The consequences of this episode does not seem to have been lost on anyone in the cast and just enhances the strength and urgency of the this game-changing two-parter. 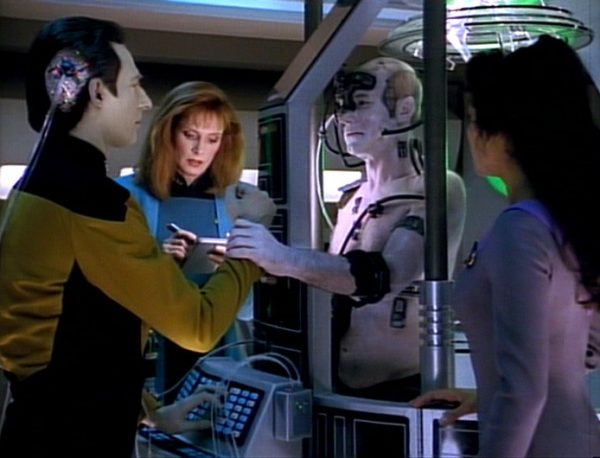 ‘Best of Both Worlds’ is a defining moment in the life of Jean-Luc Picard, one that changed him forever. Though the two-parter places a lot of emphasis on Riker’s position, it should not be overlooked how much it revolves around both Picard’s placement on the Enterprise and his very survival. The episodes’ significance in the mythology is also incredibly important as it pushed TNG to new frontiers as well as its impact on the franchise. It is essential watching not just for Picard, but for Star Trek as a whole.