Perfect World Entertainment and Cryptic Studios has announced that Infernal Descent is now available for Neverwinter on PC.  This latest major update will provide players with an epic adventure in the Forgotten Realms, and is based on the Dungeons & Dragons tabletop adventure, Baldur’s Gate: Descent Into Avernus. 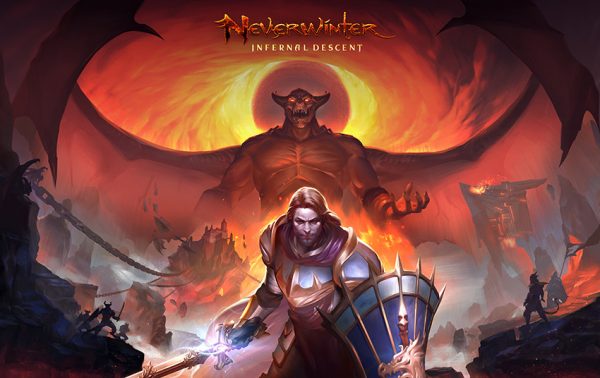 Infernal Descent sees the conflict between devils and demons in full swing and Vallenhas Manor ripped from Faerûn into the hellish landscape of Avernus, the first layer of the Nine Hells.

In order to set things right, players will need to join forces with two new heroes, the Paladin Alric Vallenhas and the Bard Etrien Sael and journey through the Nine Hells to save the people of Vallenhas Estate from the archdevil Zariel.

As players descend into the hellish depths they will experience a new endgame campaign, one that has been created specifically for level 80.  This campaign will provide a new endgame dungeon, new diabolical enemies, awesome equipment and more.

Infernal Descent is available for Neverwinter on PC.  Xbox One and Playstation 4 gamers can expect the update to arrive on 25th February.