Indie developer Bigosaur has announced that they will be releasing Windmill Kings on Steam on 30th January.  This fun and challenging strategy game will see players rally their troops to reclaim their kingdom.  Bigosaur have released a special Steam launch trailer and can be seen below… 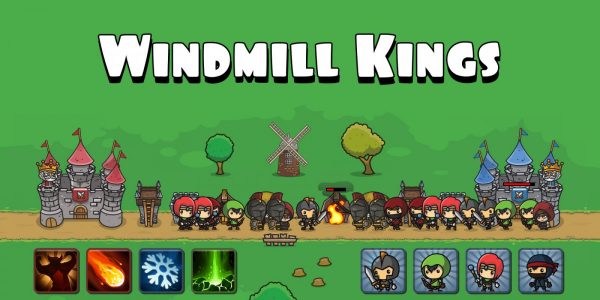 Windmill Kings is a real time strategy game that takes players to a peaceful land and places them in the shoes of the king.  Nothing could be sweeter until one day what looks like a glitch in a simple magical spell takes the kingdom and places it in the hands of a clone king created by the evil black wizard.  Players will need to gain gold from windmills, construct buildings, recruit allies, and gain magical spells in order to reclaim their kingdom and defeat the wizard.

Players are able to take on the AI in a single story-mode or take on a friend or relative in the two-player versus mode and completely destroy them.

Windmill Kings will be available on Steam for PC on 30th January.