NIS America and developer Game Freak have announced they will be releasing the highly anticipated Little Town Hero Big Idea Edition on Playstation 4 and Nintendo Switch on 2nd June in North America and 5th June in Europe.  This special edition will contain plenty of extras that fans will love. 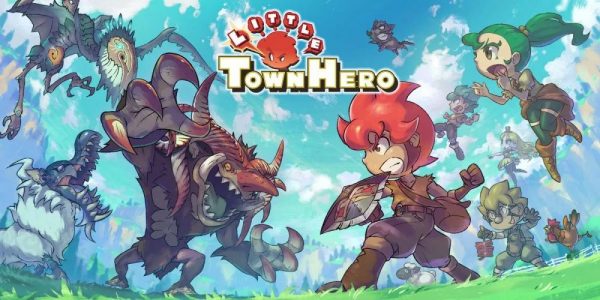 In Little Town Hero Big Idea Edition players take the role of Axe, a young boy who has dreams of seeing the world that lays beyond his isolated village.  Despite everyone being forbidden from passing the village’s borders Axe is determined to see what the world has to offer.   When his village is suddenly attacked by a giant monster Axe’s world becomes filled with adventure as he discovers he can fight the monster off using a mysterious stone. As Axe continues to fight he soon learns the secrets behind the stones and the monsters.

Little Town Hero Big Idea Edition will feature the base game, the “Life in the Village” art book, a “Izzit? Dazzit?” poster, a “Defender Duo” lapel pin badge set, an official “Town Tunes” soundtrack and a collector’s box to store everything in. 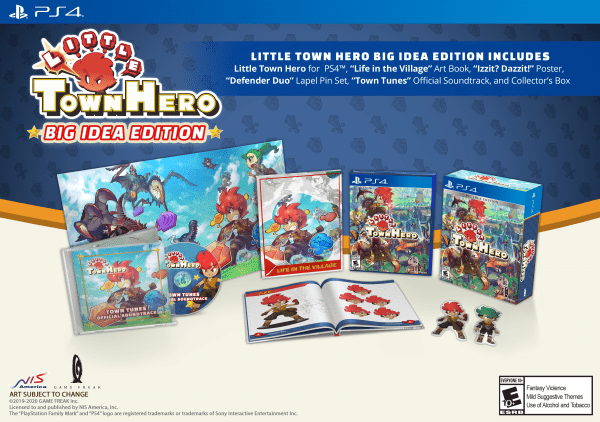